Film Plot: Squarciò, a fisherman, lives with his family on a small island off the Dalmatian coast of Italy. Like his fellow villagers, Squarciò struggles against harsh living conditions, a scarcity of...


Gillo Pontecorvo is one of the boldest directors in the history of cinema. Never one to shy away from controversial topics, Pontecorvo made films about the Holocaust (Kapò), capitalism (Wide Blue Road), terrorism (Battle of Algiers) and post-colonialism (Burn!). Pontecorvo’s bleak world view was formed early on — he was the son of successful, educated, non-observing Jewish parents when their idyllic existence came crashing down during WWII. By 1941 Pontecorvo had traveled to northern Italy to help organize anti-Fascist partisans. He eventually became leader of the Nazi resistance in Milan from 1943 until 1945. And while as part of his anti-fascist organizing he joined the communist party in 1941, Pontecorvo broke ties with them in 1956 after the Soviet intervention in Hungary. He remained an avowed Marxist, however, as he felt the West was corrupted by capitalism. This capitalist vs. collectivist tension is on full display in Wide Blue Road. The film takes place in a poor fishing village on a small island off the Dalmatian coast of Italy. The villagers eek out a simple life harvesting fish with trawling nets from their nearby waters. Squarciò (played by Yves Montand) has different ideas, however. He begins fishing with leftover explosives from the war and soon monopolizes the fragile fish stocks. His methods invokes the hatred of the other fishermen and finally results in tragedy. Pontecorvo very deliberately portrays capitalism as futile and only concerned with individualism while at the same time wrecking the community and delicate balance that has existed on the island for untold centuries.

This nearly 5′ tall Wide Blue Road Japanese STB poster is extremely rare and the only copy I’ve ever encountered. While Pontecorvo’s films were championed by oppressed peoples around the world, their commercial success was much more limited to say the least. His films received very limited distribution globally making posters for his films extremely scarce. This tall, slender format had very low print numbers compared to regular Japanese B2s. They are very rare, especially for more popular film titles, and are highly sought after by collectors today. 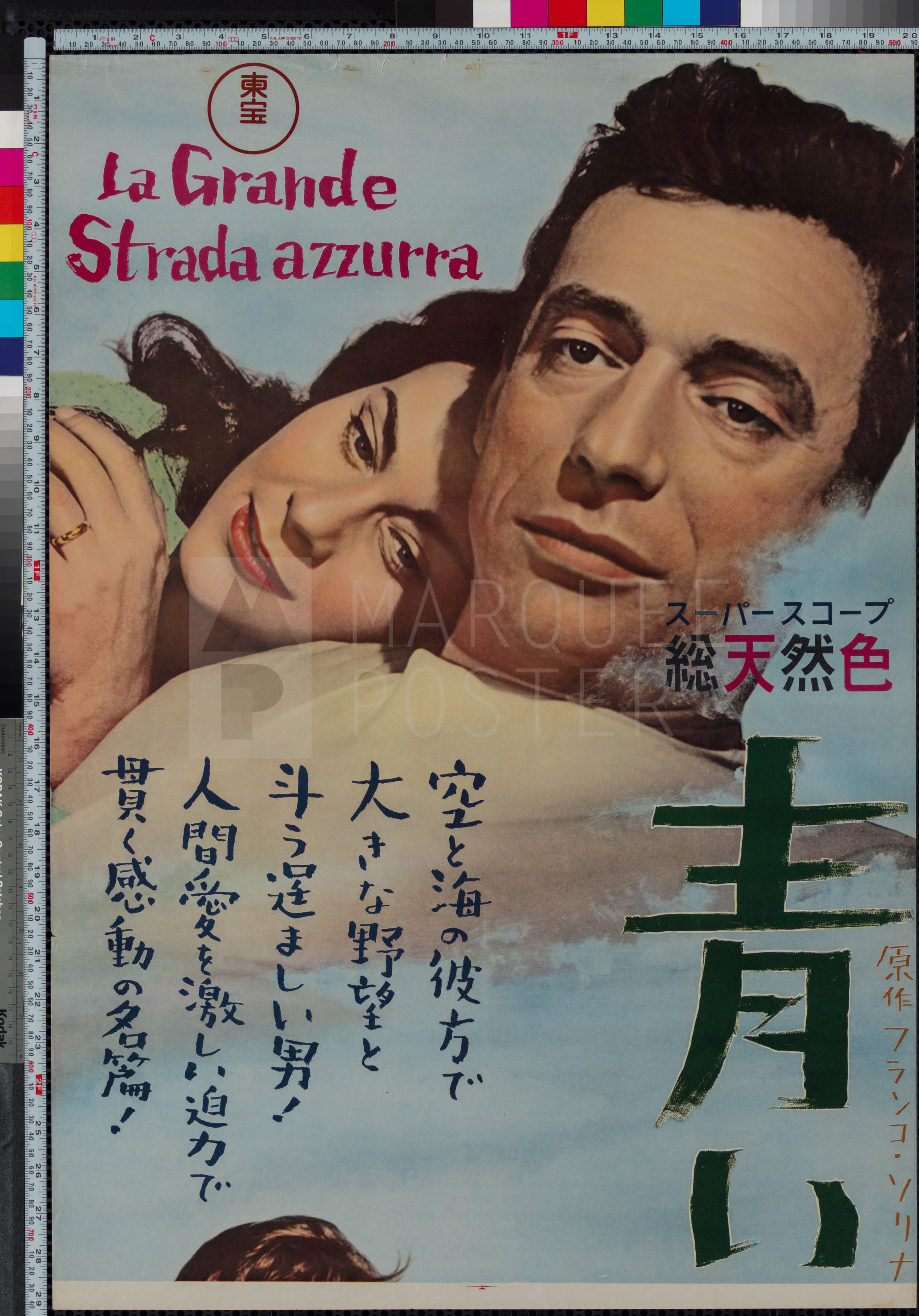 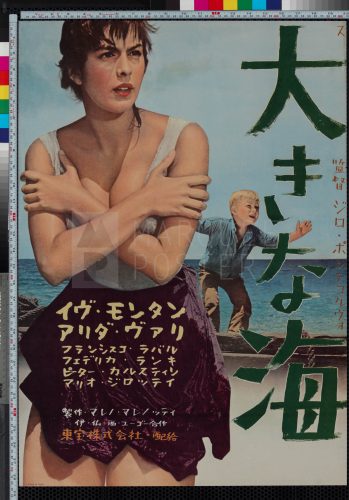 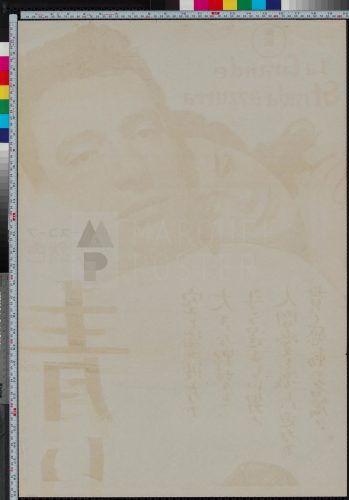 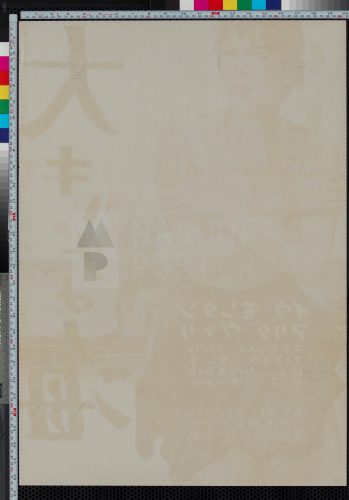