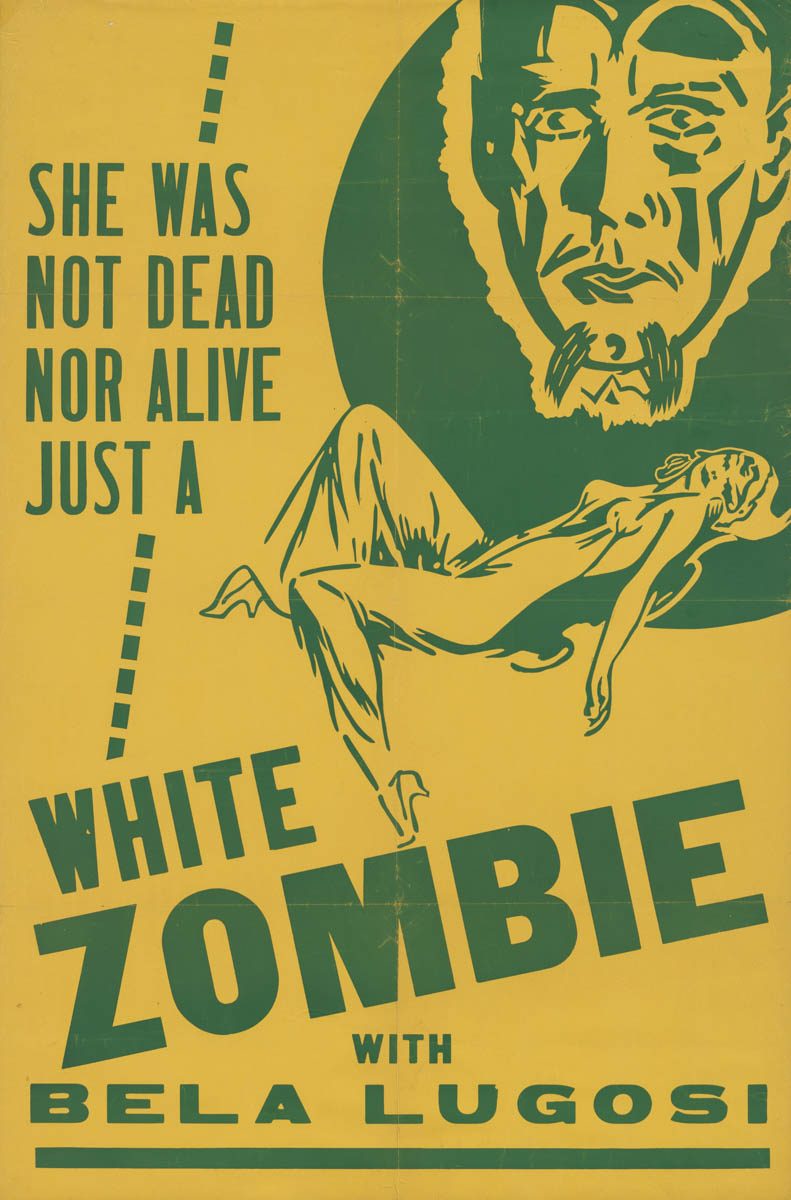 Film Plot: A young man turns to a witch doctor to lure the woman he loves away from her fiancé, but instead turns her into a zombie slave.

Grade: C5  Very Good to Fine. Folded, single-sided. Prior to linen-backing this was a theater used poster with moderate handling/fold/edge wear. The fragile screen print inks were worn along the folds with additional loss at the edges. Was given a 'European backing' meaning the poster was mounted and stabilized for long-term conservation, but little to no restoration or touch-up was applied. Now appears Fine.


White Zombie is one of the earliest and most famous Golden Age horror films. It was shot on the same set as Dracula and also starred Bela Lugosi as the Voodoo priest. Original posters for this film are extremely rare with only a few known.

What a mysterious poster! Newspaper ads have been found with nearly identical art from so-called ‘race theater’ showings in 1938 and it looks very similar in printing and style to other Toddy Pictures releases from the same time. That said, White Zombie was screened throughout the 40s so it could be from slightly later as well. Regardless, this poster is extremely rare and has a surprisingly sexy design for being used before WWII! 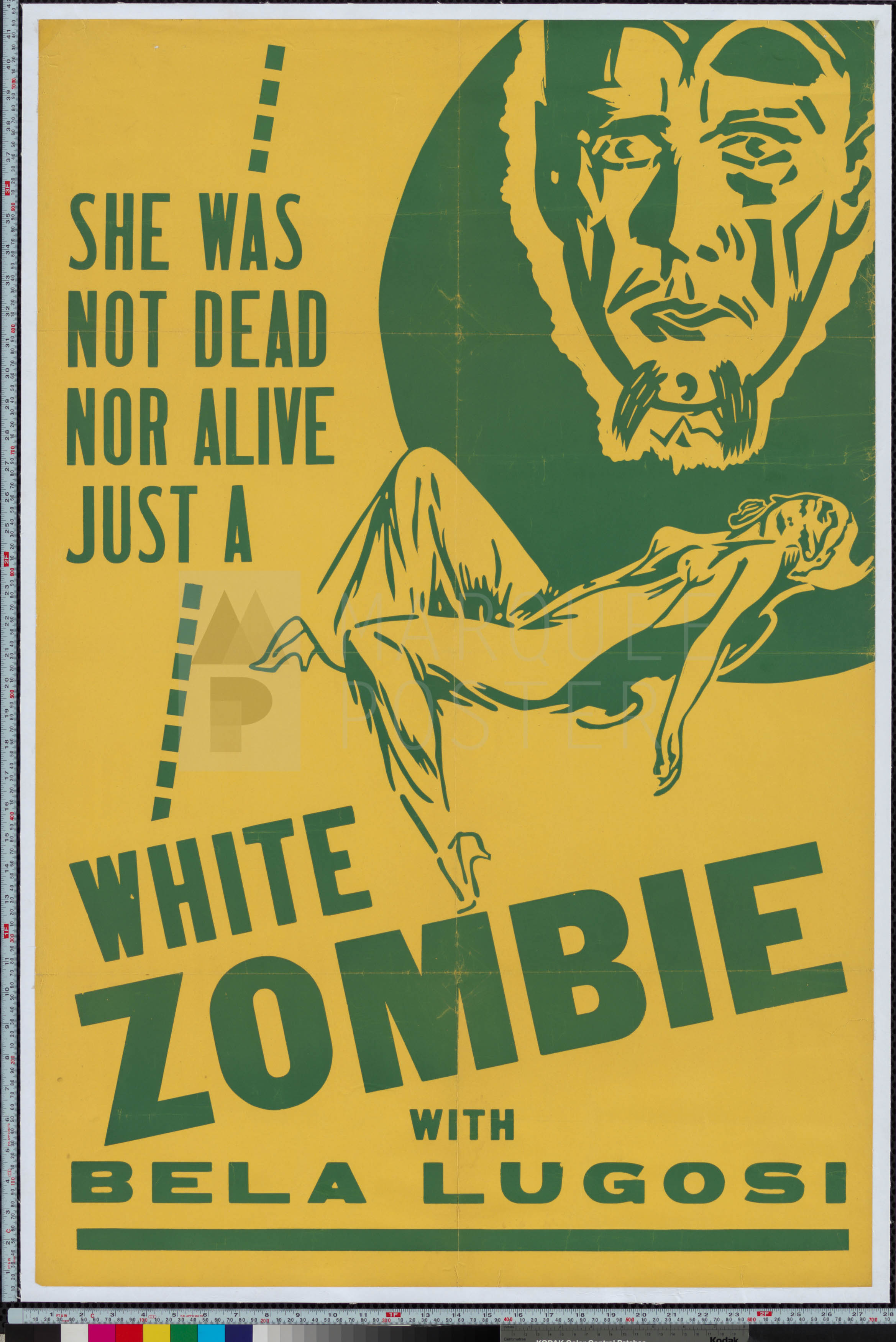