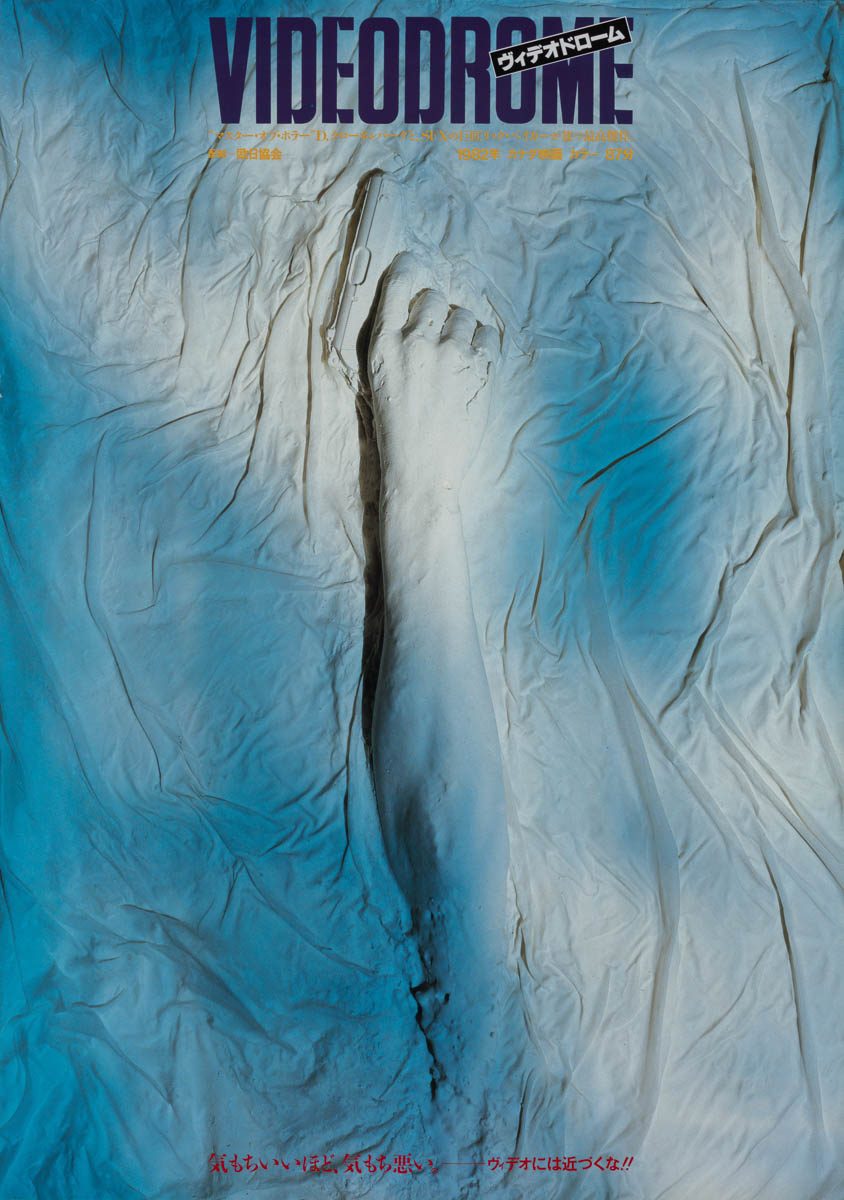 Film Plot: A sleazy cable-TV programmer begins to see his life and the future of media spin out of control in a very unusual fashion when he acquires a new kind of programming for his station.

Grade: C7-C8  Fine to Very Fine. Rolled, single-sided. Unused poster with only minimal surface/handling/edge wear, would grade higher if not for some edge wear on the left that resulted in some ink loss.


I wondering if back in the early 1980s, David Cronenberg was sitting around and thinking to himself, “Gee, there really just aren’t enough films that deal with technology, mass media, graphic sex and violence, and surrealism…” And so Videodrome was born!

This scarce re-release Japanese B2 hints at the surreal nature of the film. The design is wonderfully minimal — easily one of the best for the film. 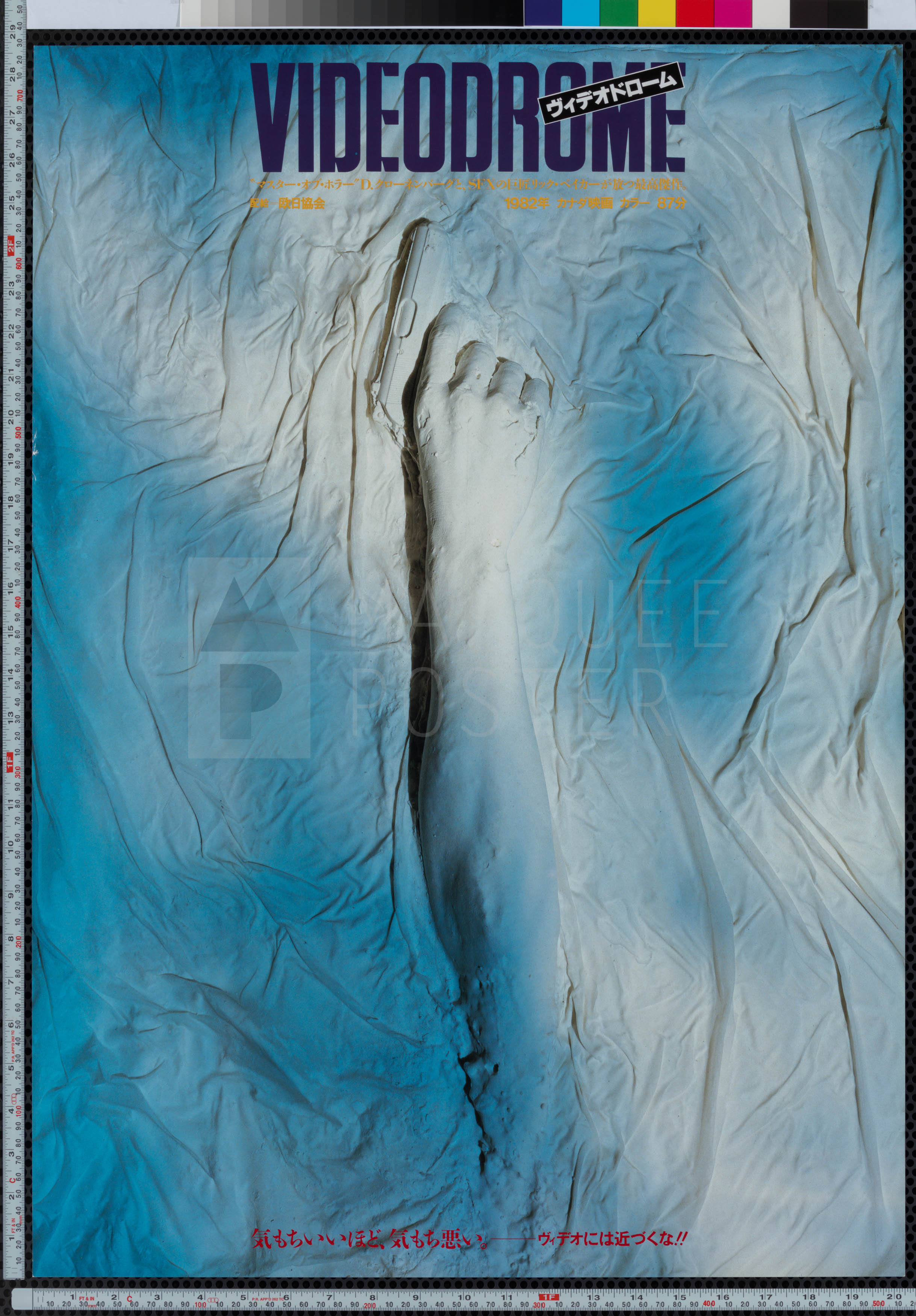 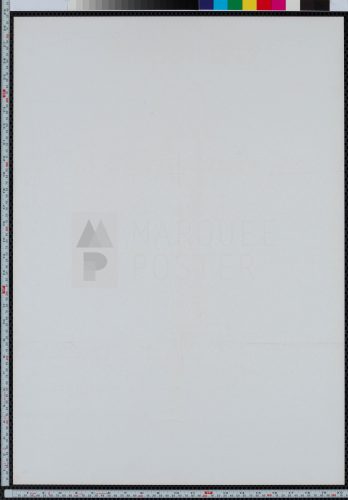