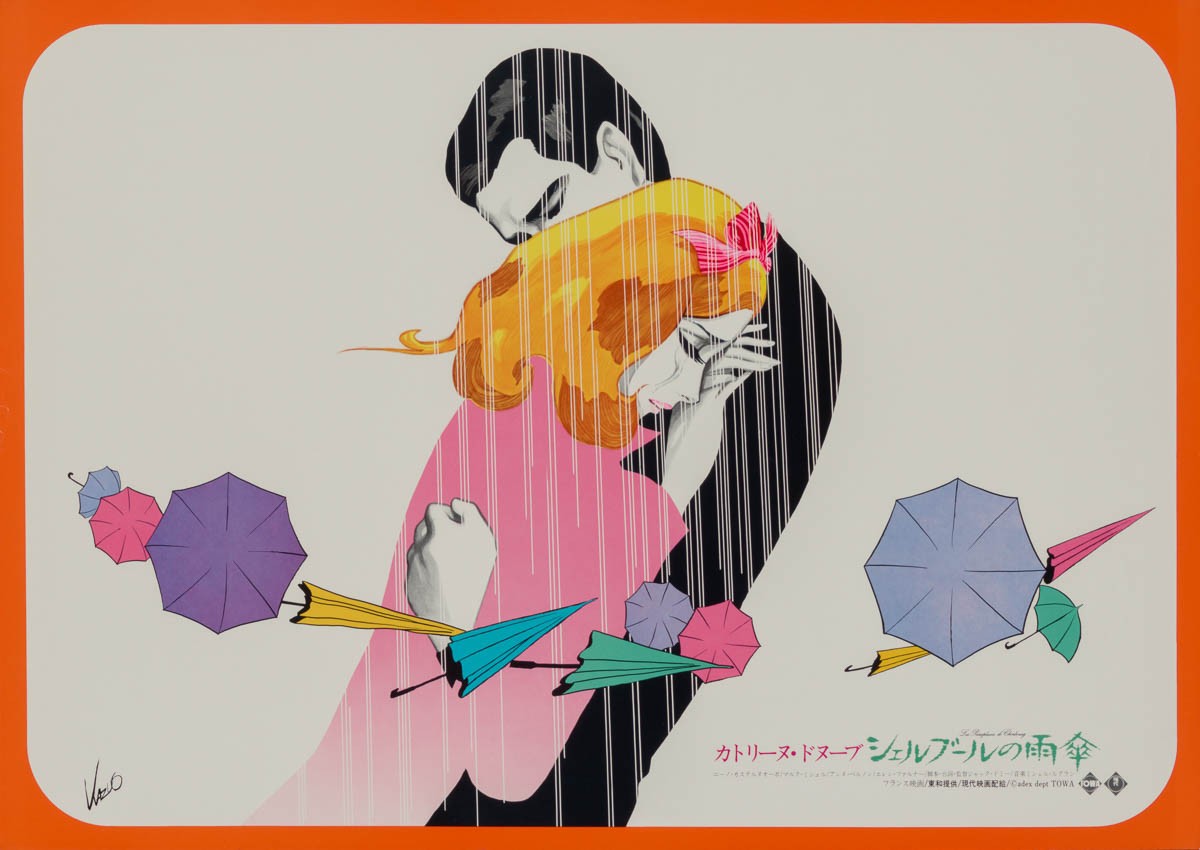 Film Plot: A young girl separated from her lover by war faces a life altering decision.

Grade: C9  Near Mint. Rolled, single-sided. Very minimal handling/edge wear, tiniest of wear to the tips of the lower corners.


Umbrellas of Cherbourg is a rare creature in the world of film. It’s a musical, but it is more similar to opera than a standard Hollywood musical with spoken dialog interrupted by the occasional song. In Umbrellas, the entirety of the script is sung by the cast — from mundane tasks like asking directions to a hardware store to heartfelt professions of love. It could perhaps be considered experimental, but that might incorrectly imply Jacques Demy’s film was flawed in its execution. Far from it, in fact. Umbrellas was a hit upon it’s release and has wowed critics ever since! It also introduced the world to a new star, Catherine Deneuve, in the process. Despite being her first film, she shined in the lead role.

Manga illustrator Kazuo Kamimura employed a striking design for the 1972 re-release of Umbrellas of Cherbourg! A wonderful combination of illustration art and pops of well placed color. This rare manga-style is one of those exceptions where the re-release is more sought after than the first release posters. Arguably one of [if not] the best posters for this important musical. 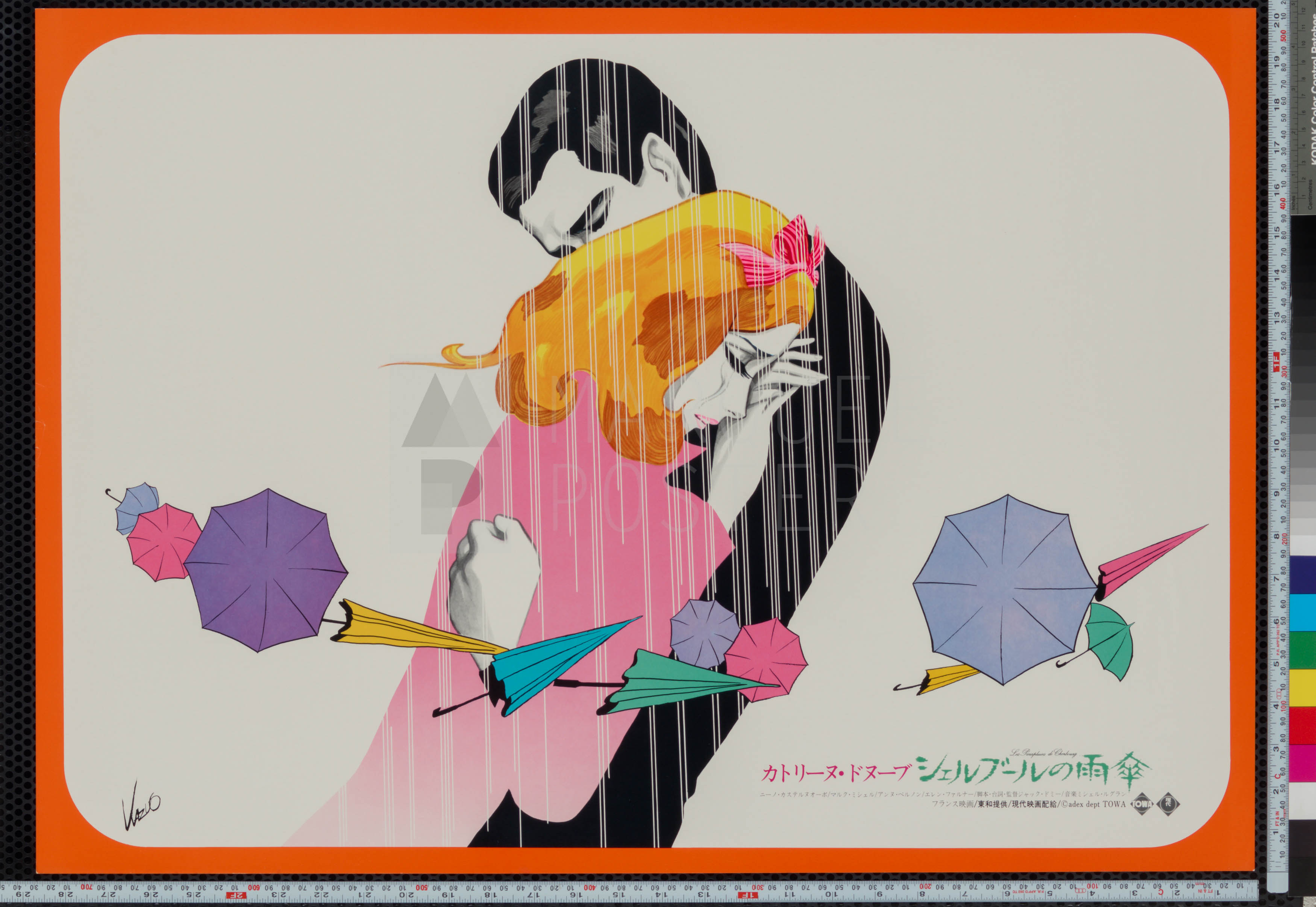 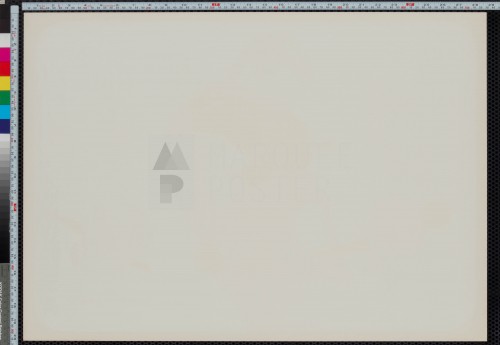