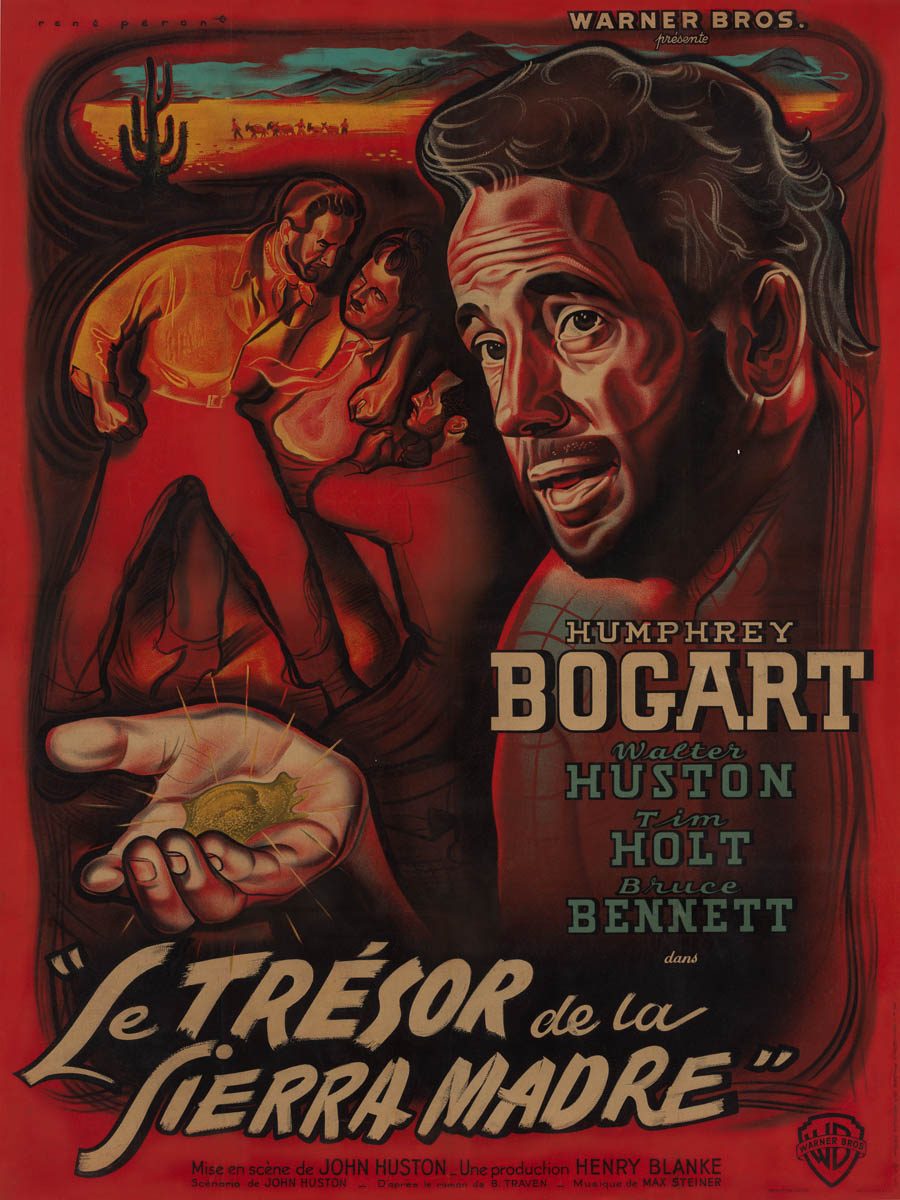 Treasure of the Sierra Madre

Film Plot: Fred Dobbs and Bob Curtin, two Americans searching for work in Mexico, convince an old prospector to help them mine for gold in the Sierra Madre Mountains.

Grade: C7  Fine to Very Fine. Folded, single-sided. Prior to linen-backing this was a theater used poster with minor handling/edge/fold wear, some separation at the cross folds and wear along the fold lines, small edge tears and chipping, primarily along the bottom and in the upper left corner. After an expert restoration now appears very fine to near mint with strong original colors.


Treasure of the Sierra Madre is a 1948 John Huston film about two down-and-out Americans in 1920s Mexico who hook up with an old-timer to prospect for gold. However, instead of a standard action-adventure film, Huston set out to tell more of a Joseph Conrad-style story — one more invested in the characters and how they are tested rather than the quest itself. Bogart of course shines in the lead role, as does Walter Huston, the director’s father, as the old-timey prospector. And of course there is the now-infamously misquoted line, “Badges? We don’t need no stinkin’ badges!” The actual line in the film was “Badges? We ain’t got no badges. We don’t need no badges. I don’t have to show you any stinkin’ badges!” Admittedly it doesn’t roll of the tongue as nicely 🙂

This French poster is the stuff of legends, much like the gold in their adventure! Not only is it absurdly rare, but it also has one of the most wonderful designs of any poster ever created! René Péron must have been channeling his inner Diego Rivera when he came up with this sweeping design with such bold colors — a wonderful tribute to the locale of the film. 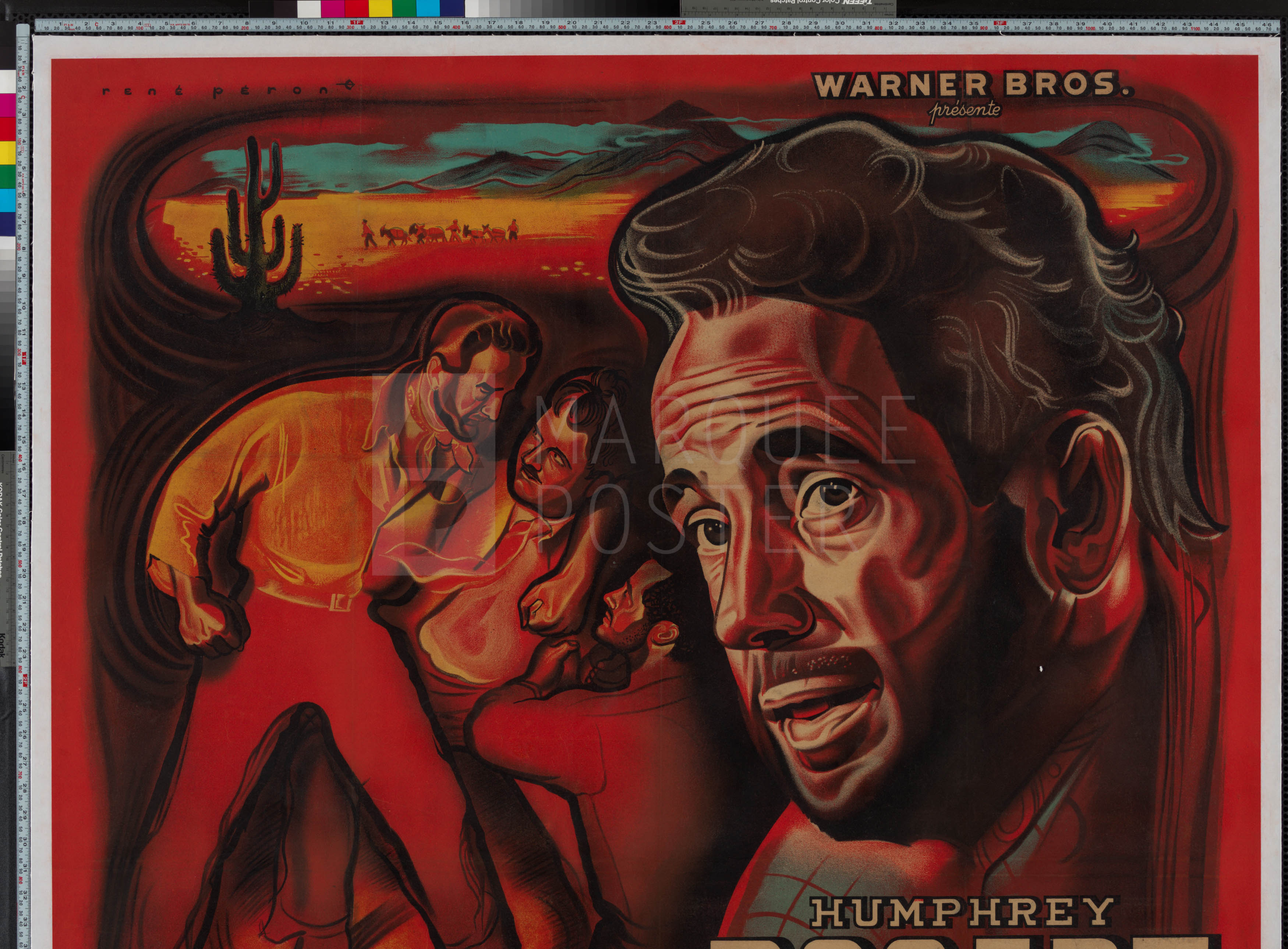 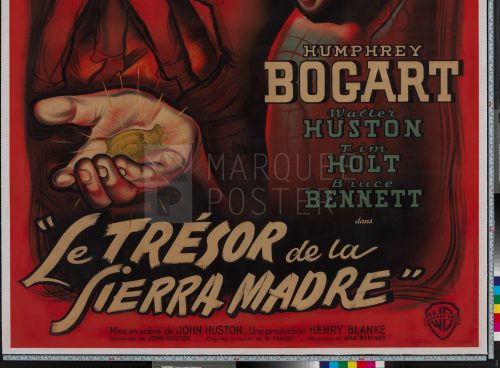