Just like today’s action movie franchises, its a given that each film will attempt to outdo the last in terms of spectacle. Thunderball, the fourth film outing for James Bond 007, was no exception — it had jet packs, vilians that fed adversaries to his sharks, and of course one of the most spectacular underwater battle scenes ever put to film. Recreational scuba diving was still in its infancy in the 1960s and Thunderball’s tropical Caribbean locales and underwater badassery greatly contributed to scuba diving’s current popoularity.

The James Bond franchise has always had a very strong following in Japan, especially those from Sean Connery, the first actor to don the tux. This first release poster has a wonderful collage of visuals — Bond girls, explosions, underwater action, and of course Bond himself looming over the scene with a jetpack and smirk! This tall, slender fomat had very low print numbers compared to regular Japanese B2s. They are very rare, especially for more popular film titles, and are some of the most sought after Japanese posters by collectors today. 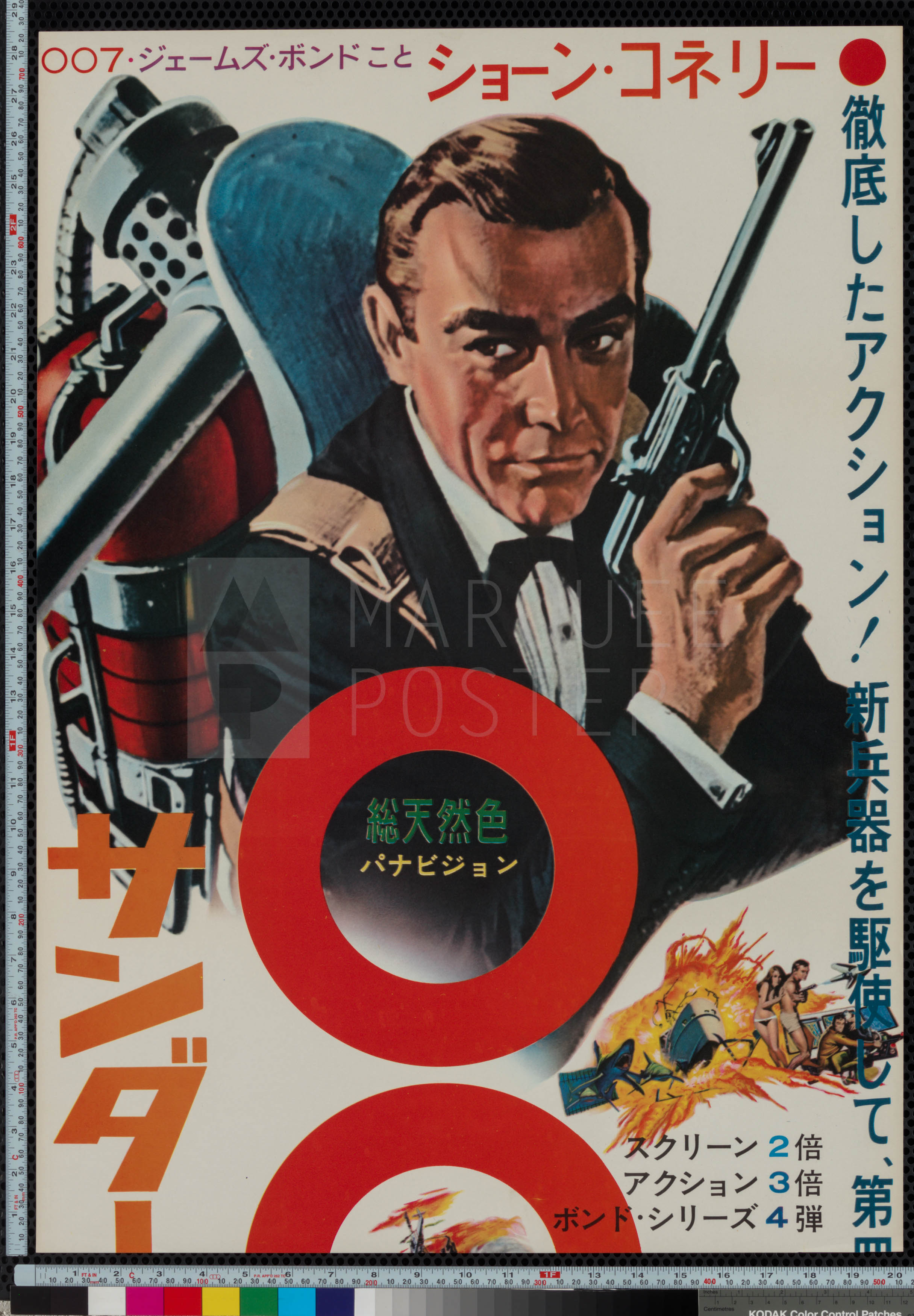 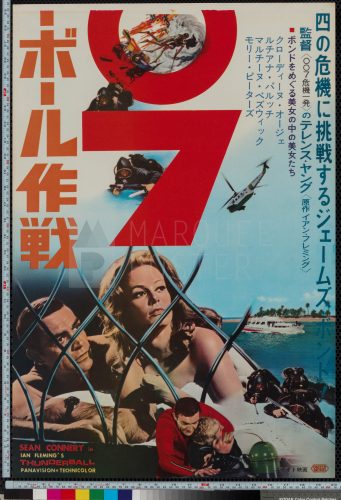 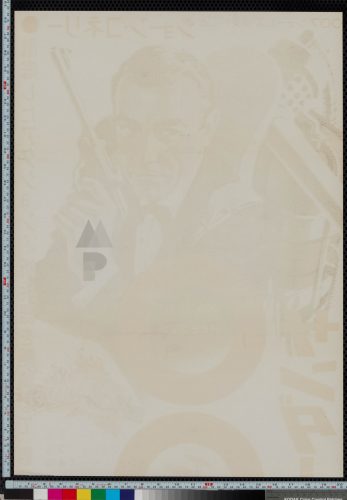 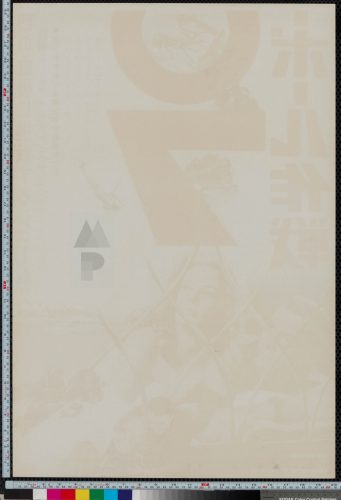