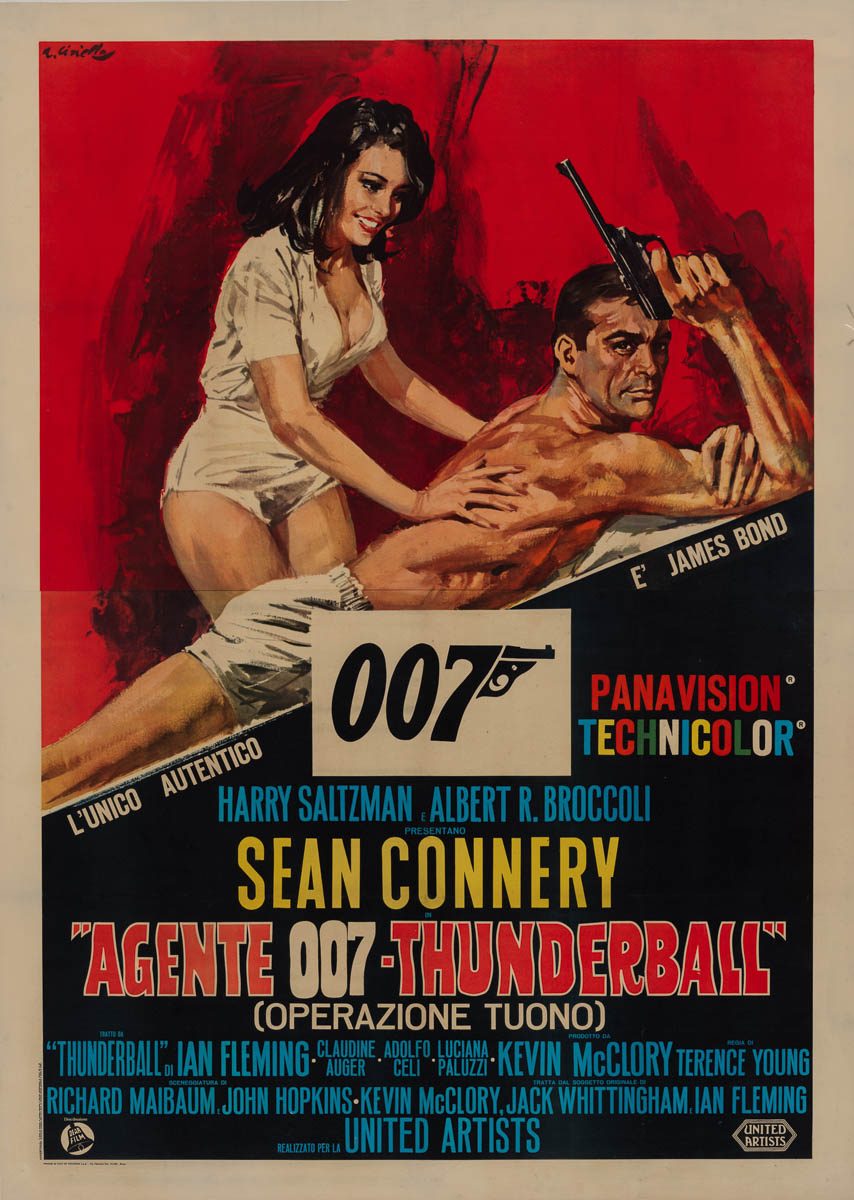 Grade: C8  Very Fine. Folded, single-sided. Prior to linen-backing this was either unused or only carefully used once, very minimal handling/edge/fold wear, most of which looks to be normal wear and tear from storage such as small separations at a few cross folds and very minor tears along the folds and edges. After an expert restoration it now appears near mint with strong original colors. A rare and stunning example.


Just like today’s action movie franchises, it’s a given that each film will attempt to outdo the last in terms of spectacle. Thunderball, the fourth film outing for James Bond 007, was no exception — it had jet packs, villains that fed adversaries to his sharks, and of course one of the most spectacular underwater battle scenes ever put to film. However, surely all that action required the occasional down-time to relax and get a quick massage 🙂 This epic Italian 4-foglio is one of the most desireable of all Bond posters! 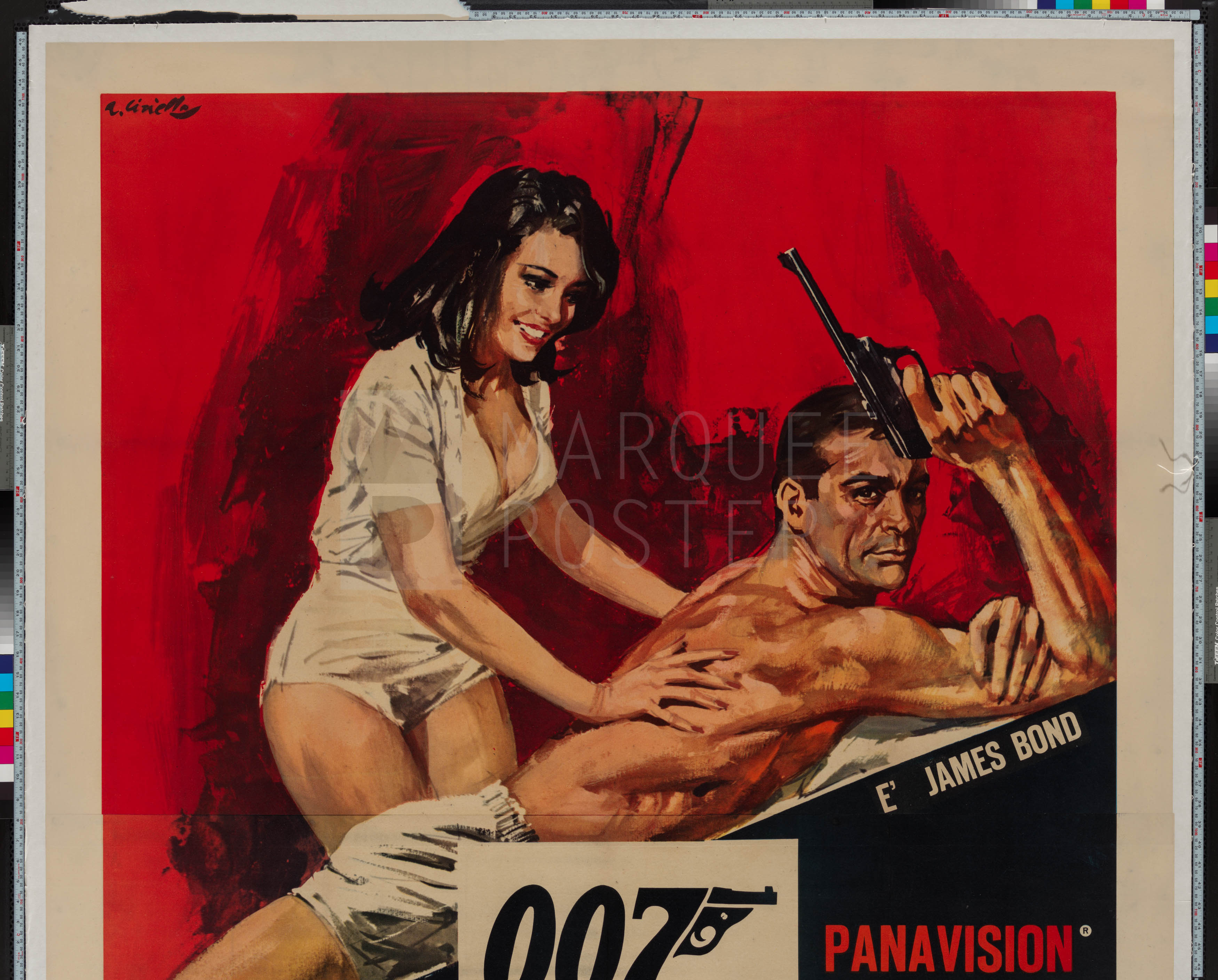 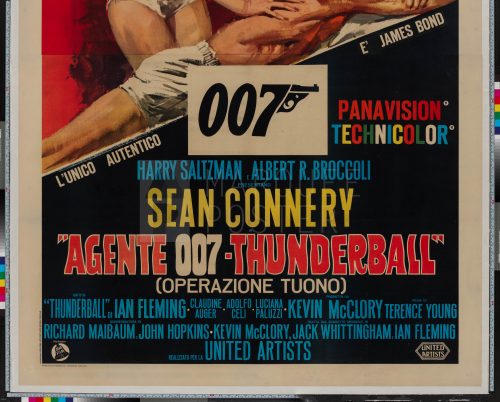