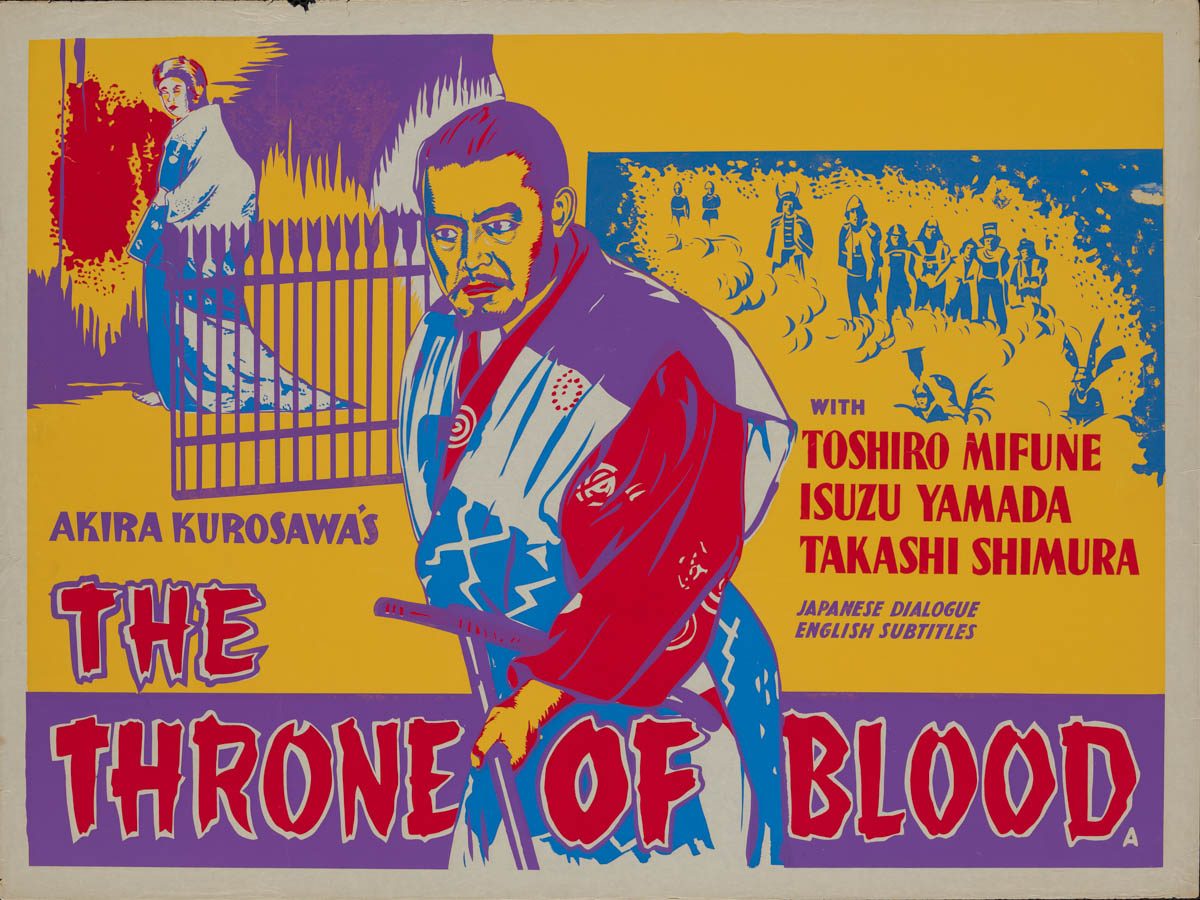 Film Plot: A war-hardened general, egged on by his ambitious wife, works to fulfill a prophecy that he would become lord of Spider's Web Castle.


Akira Kurosawa often had an eye to the west when crafting his samurai epics. Throne of Blood was no exception with it’s mash-up of Shakespeare and traditional Noh Theatre. The film also features a remarkable performance from Toshiro Mifune in the Macbeth role.

First release posters for early Kurosawa films are very hard to come by for any country, which makes this 1st release, screen-printed UK quad all the more rare and mind blowing! This hand drawn design almost looks like a cross between vector art and wood block and the rich, matte, day-glo inks just eat the light — as a bonus, they’ll also glow under a UV blacklight. Absurdly rare and amazing, cinephiles do not miss this one! 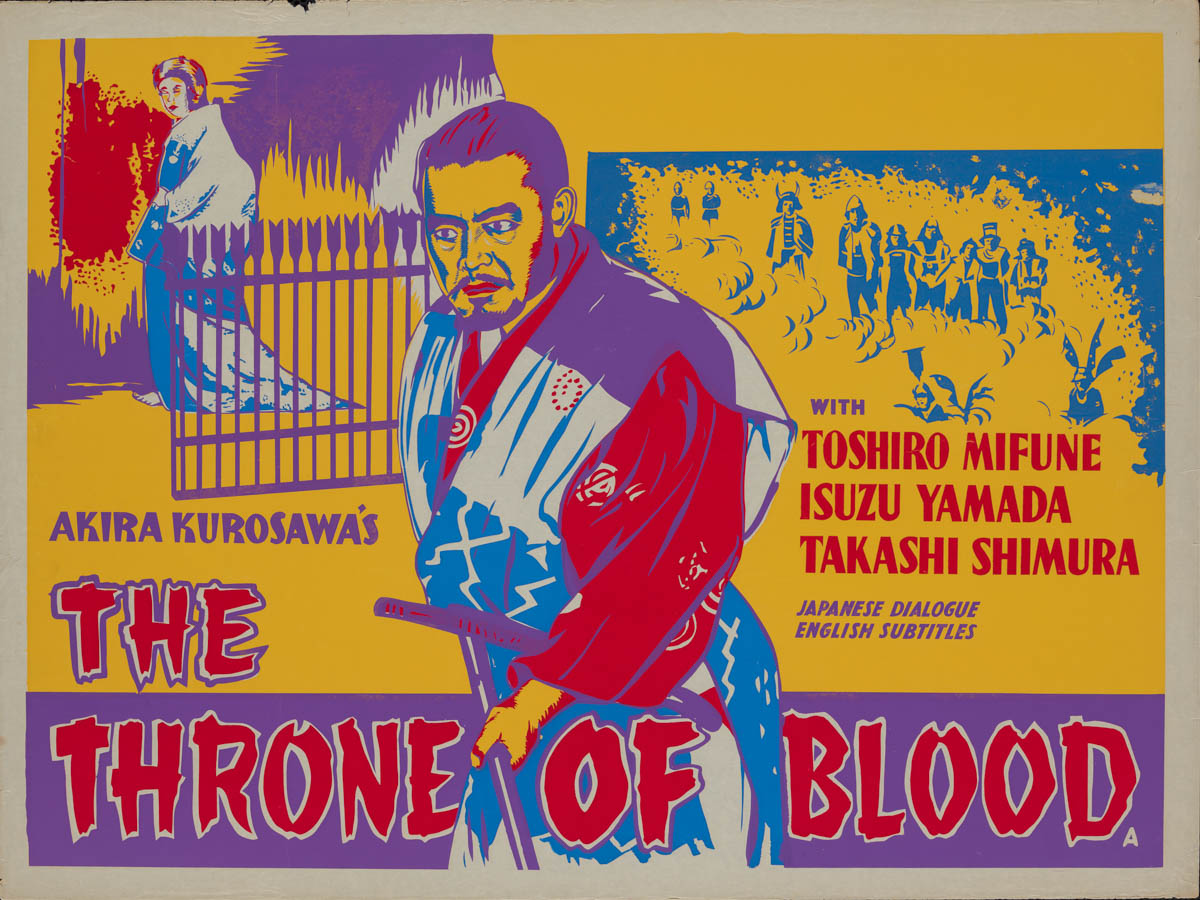 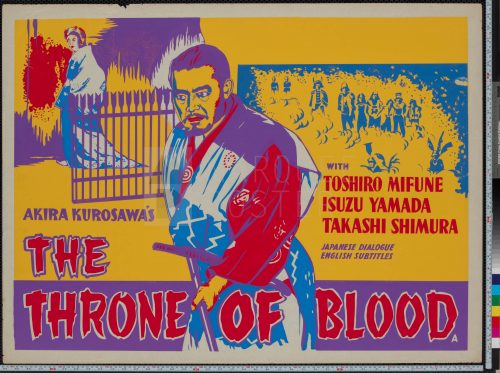 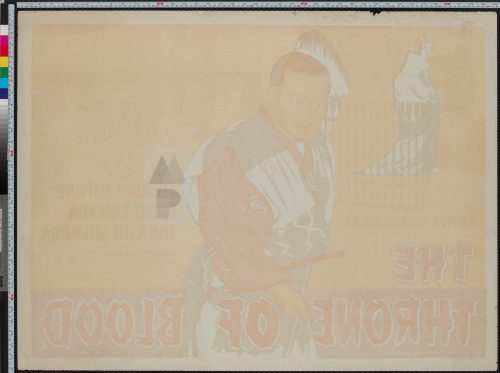