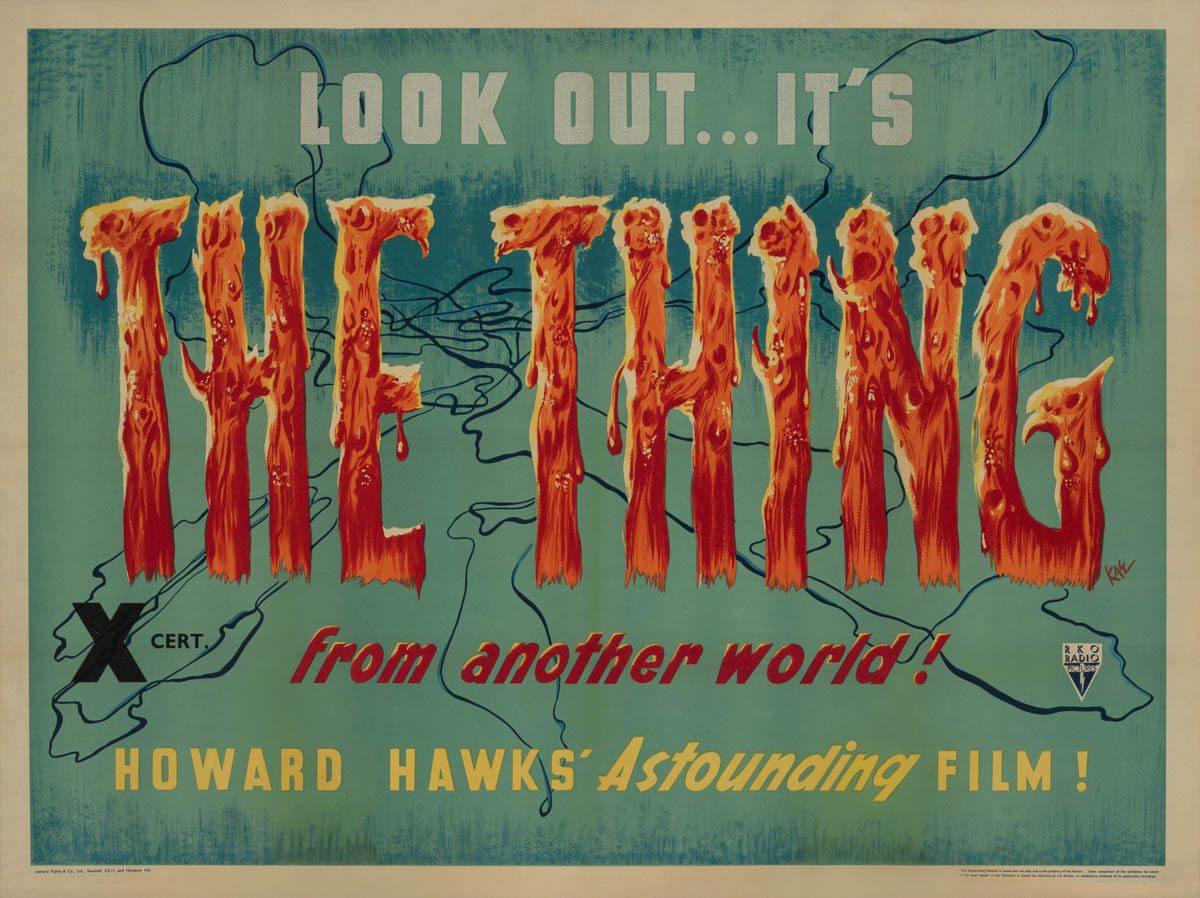 Thing from Another World

Poster title: Thing from Another World

Film title: Thing from Another World

Film Plot: Scientists and American Air Force officials fend off a blood-thirsty alien organism while at a remote arctic outpost.

Grade: C5  Very Good to Fine. Folded, single-sided. Prior to linen backing the poster was in great condition with only minor edge/handling wear, the primary reason it was linen backed was due to two large missing sections of paper along the lower edge that extended a few inches into the bottom yellow tagline. Expert restoration has addressed these flaws and the poster now appears very fine to near mint.


The Thing From Another World is probably one of the most influential sci-fi horror films in history. It pretty much single handedly kicked-off the whole genre of 50s sci-fi. Seriously — it pre-dated all the other sci-fi titans like Forbidden Planet, Day the Earth Stood Still, War of the Worlds, When Worlds Collide, Invasion of the Body Snatchers and more! In the 1940s, sci-fi films were more about mad scientists — The Thing From Another World helped re-center the genre squarely into the space race! Then 30 years later it influenced a whole other generation of directors and moviegoers when John Carpenter remade it as simply “The Thing“ with Kurt Russell. Amazingly, after all this the original still stands strong for its tight plot, rapidfire-Howard-Hawks-influenced dialog, and most importantly, the way it respected both the institutions of science and the military to have a truly thought provoking discussion about first contact.

It’s hard to state just how amazingly rare this original UK quad is. I only know of one other example in private hands. While clearly influenced by the original US marketing materials, the horizontally oriented quad format improved on the design — the drippy, oozing THE THING title just dominates the poster! 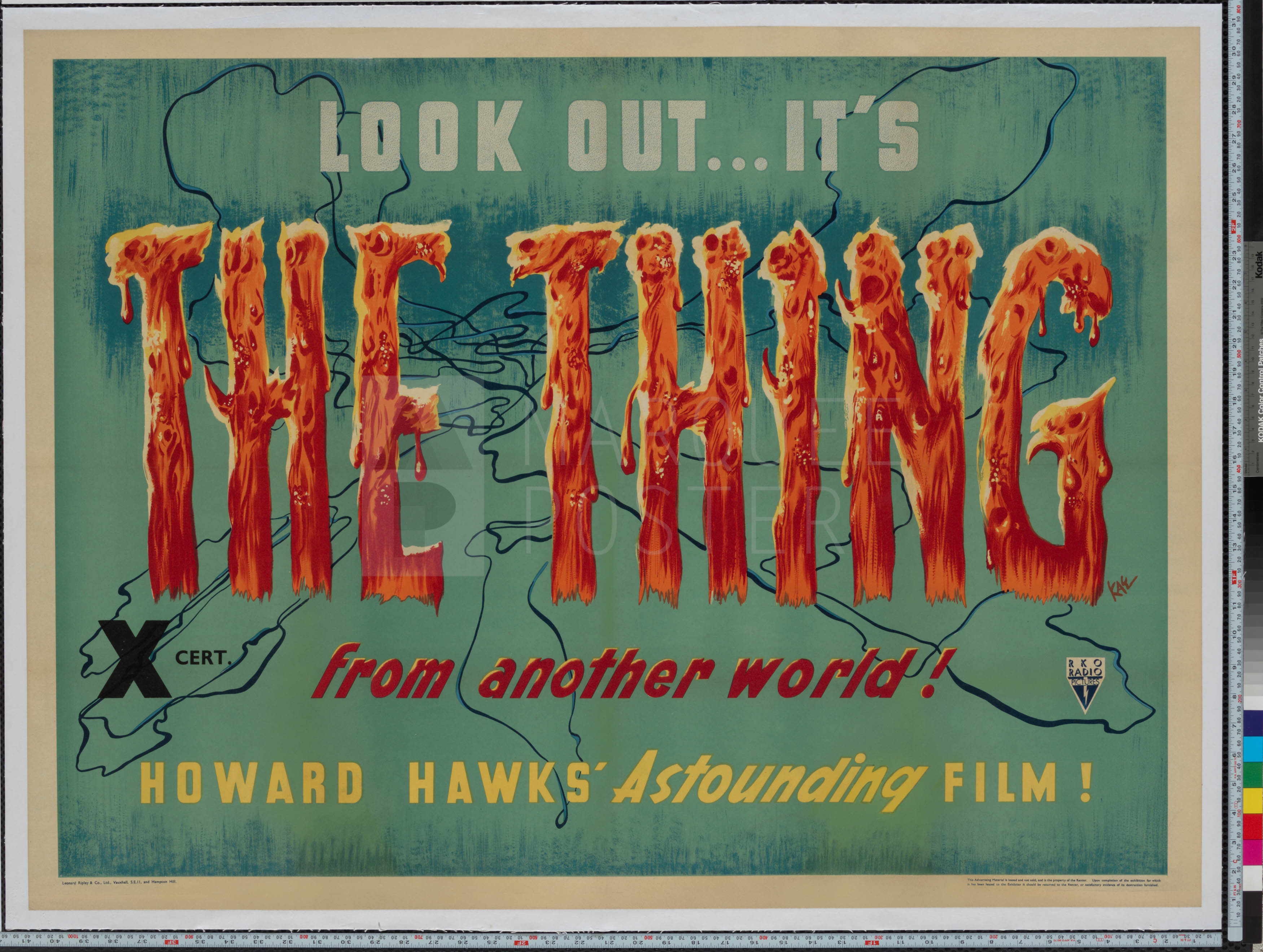