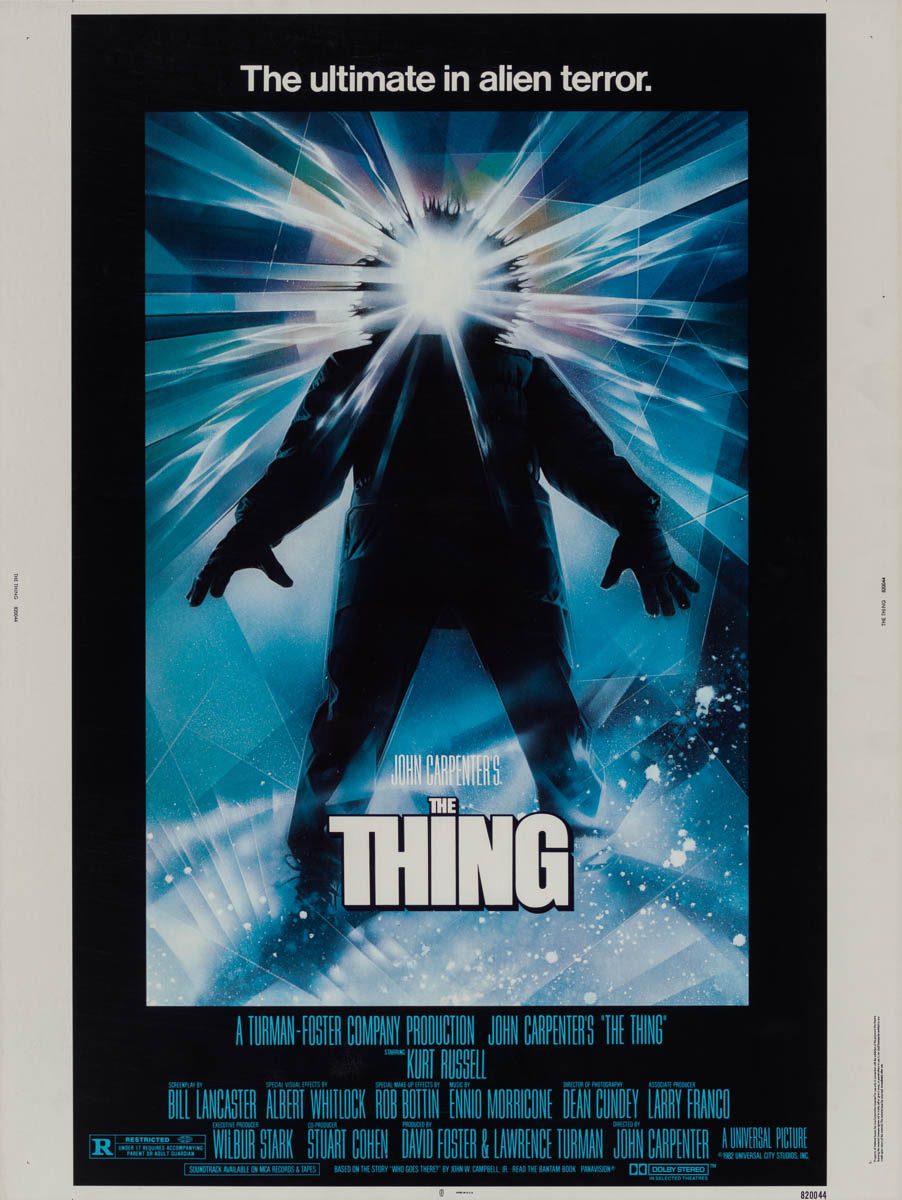 Grade: C8-C9  Very Fine to Near Mint. Rolled, single-sided. Completely unused poster with only the most minimal handling/edge/surface wear. Would grade even higher if not for the slightest compression mark in the credit area.


John Carpenter’s The Thing (1982) is easily one of, if not the greatest modern horror film! It is based on the 1938 novel, Who Goes There?, by John W. Campbell and was also clearly heavily influenced by the 1951 Howard Hawks production, The Thing from Another World. The films/book explores what alien life might really look like–and no, there are no cute cuddly E.T. creatures in this film! In Carpenter’s version the creature is a shapeshifting monstrosity that is hell bent on infecting and replacing every organism it encounters.

The original Thing art is courtesy of the great Drew Struzan and is hugely collectible. This particular format, the US 30×40 drive-in poster, is especially rare as they were printed in much lower numbers than the 1-sheet and the thick cardstock it’s printed on is easily damaged. There are few copies floating around that are in this nice of condition! 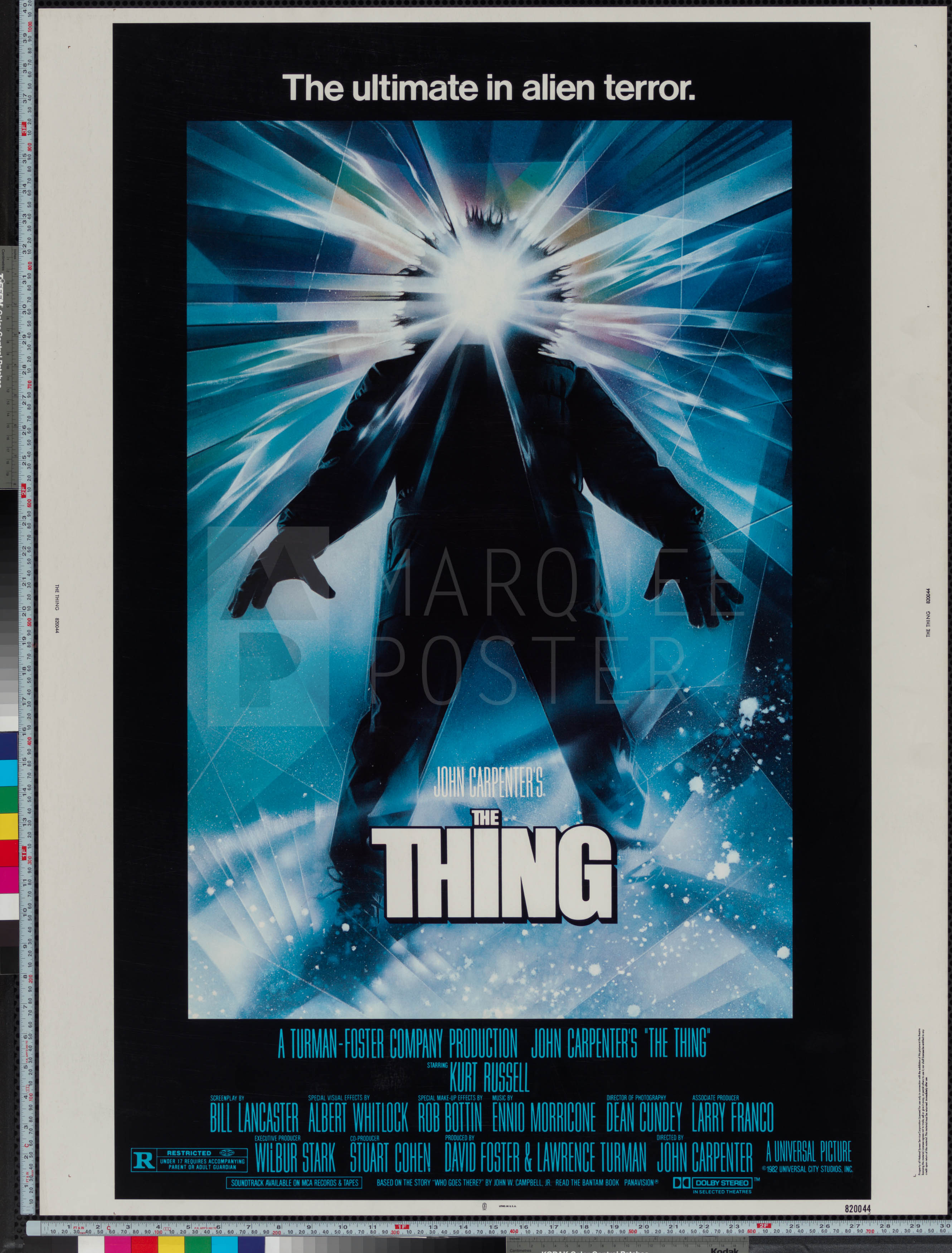 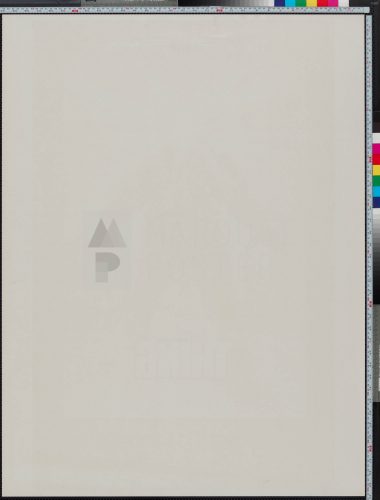