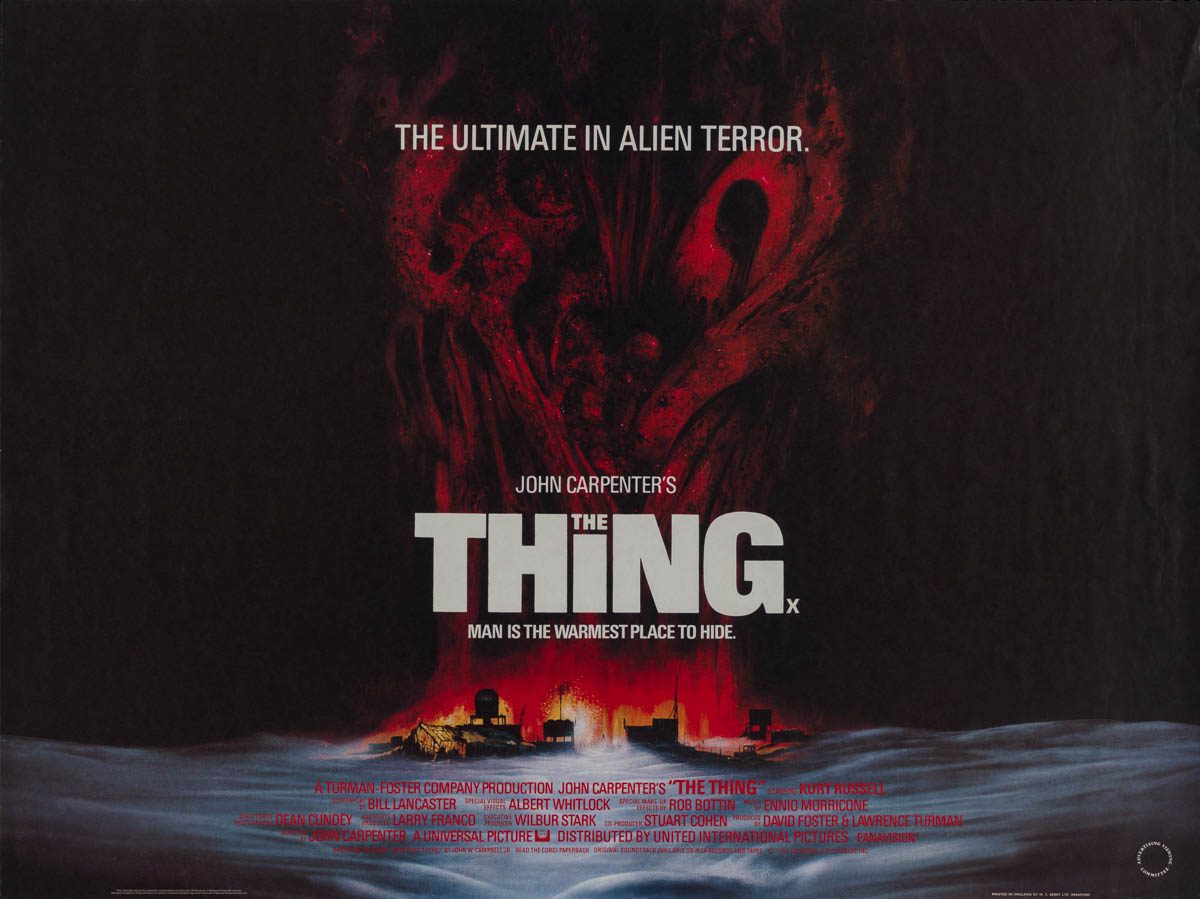 Grade: C8-C9  Very Fine to Near Mint. Rolled, single-sided. Completely unused poster with only the most minimal handling/surface/edge wear, would grade even higher if not for the tiniest edge tear in the lower right and some very faint surface creasing that did not result in ink loss.


John Carpenter’s The Thing (1982) is easily one of, if not the greatest modern horror film! It’s based on a 1951 Howard Hawks production, The Thing from Another World, which in turn is based on the 1938 novel, Who Goes There?, by John W. Campbell. The films/book explores what alien life might really look like — and no, there are no cute cuddly E.T. creatures in this film! In Carpenter’s version the creature is a shapeshifting monstrosity that is hell bent on infecting and replacing every organism it encounters.

The original art for the UK campaign of The Thing was commissioned to Les Edwards — a master of sci-fi and horror designs. The landscape in his original design was much more rugged and the studios asked to make it more subdued. However, Edwards was off on vacation when the revision notes came in so his long time buddy Jim Burns made the modifications. This poster has the honor of being the only Jim Burns / Les Edwards collaboration in existence! This poster is extremely rare in this rolled condition… I have encountered a mere handful over the years! 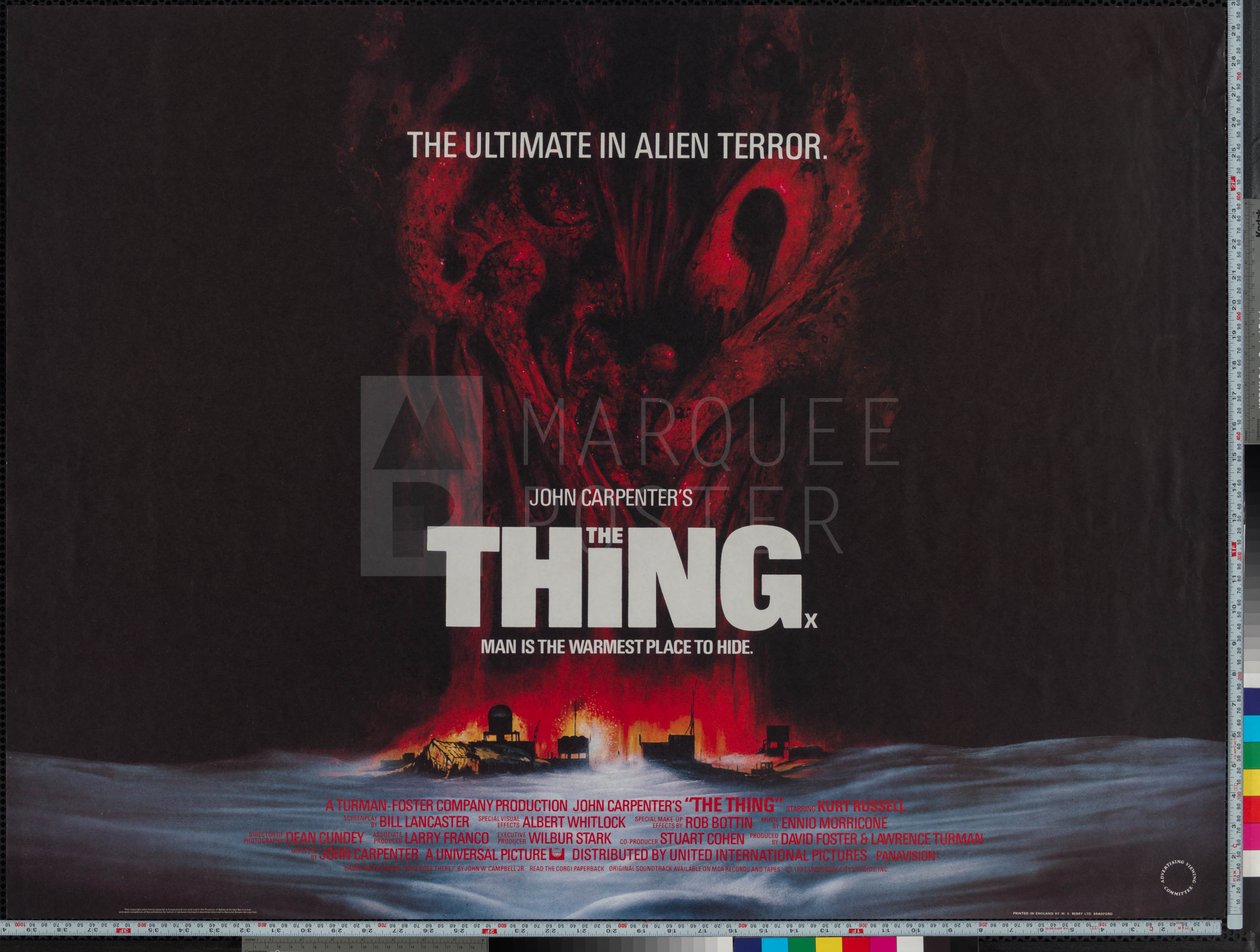 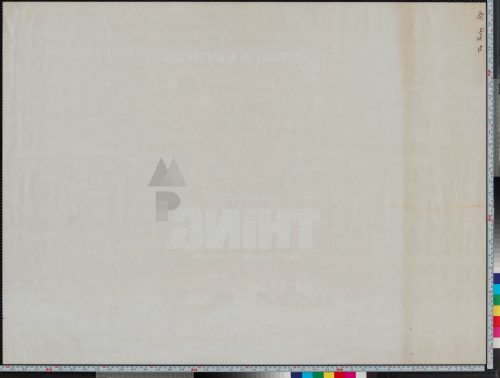