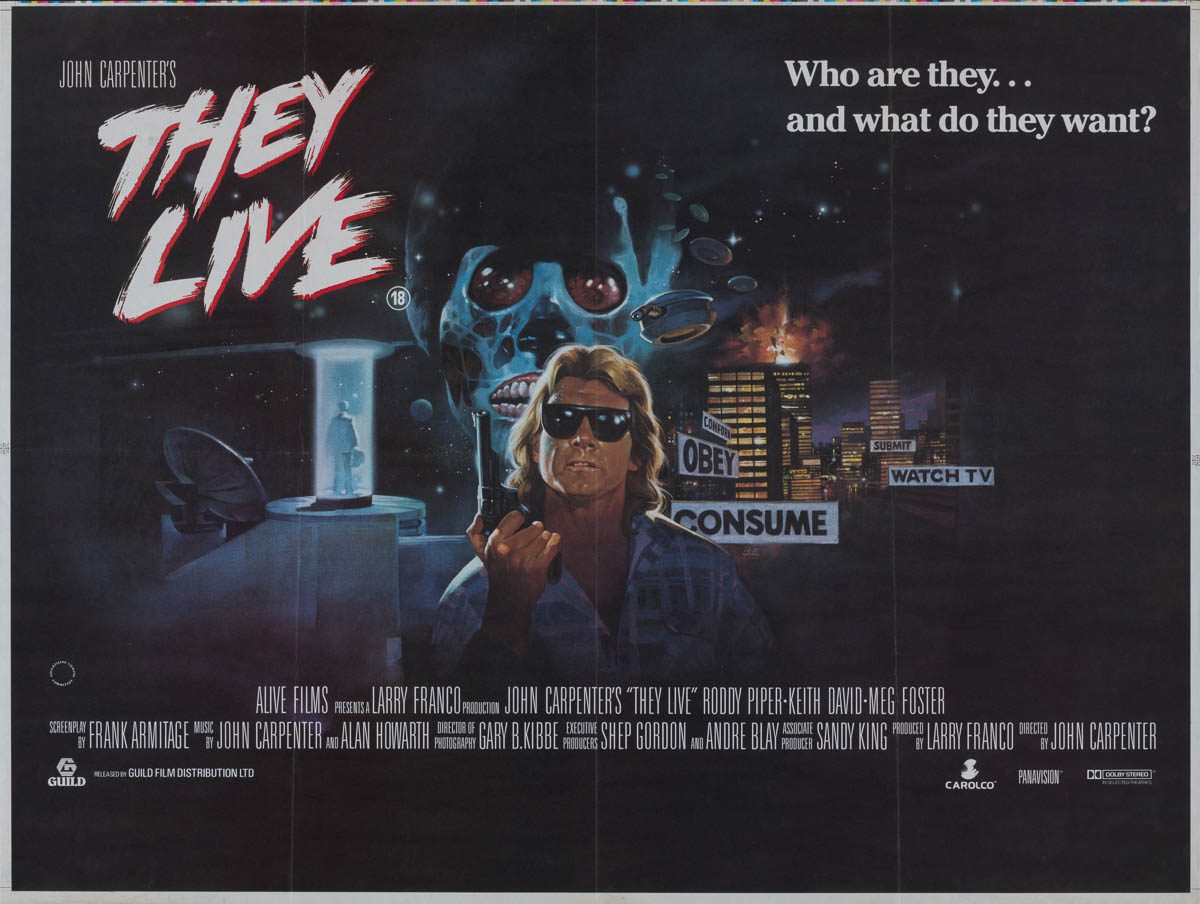 Film Plot: A drifter discovers a pair of sunglasses that allow him to wake up to the fact that aliens have taken over the Earth.

Grade: C8  Very Fine. Folded, single-sided. Unused poster with minimal handling/surface/fold wear. Would grade even higher if not for a bit of handling wear, a small corner crease in the lower right and a bit of soiling on the verso.


Long before Quentin Tarantino got famous for making homage genre films, John Carpenter eked out a living in the 70s and 80s doing nearly the same thing but with much less fanfare. They Live was Carpender’s attempt at a body snatchers-type sci-fi invasion film. It’s an amazing critique of Reagan-era economic policies and has developed quite the cult following over the years. Recently, it has only gained in popularity due to the artist Shepard Fairey more or less adopting the film’s anti-consumerism and anti-authority messages with his “obey” series of art.

The UK quad design by artist B.E. is the most desireable art from this cult film. This film had a small release in the UK and as such rarely turns up for auction. This particular example, an uncut printers proof with color bars along the top, is probably the rarest They Live poster of them all! 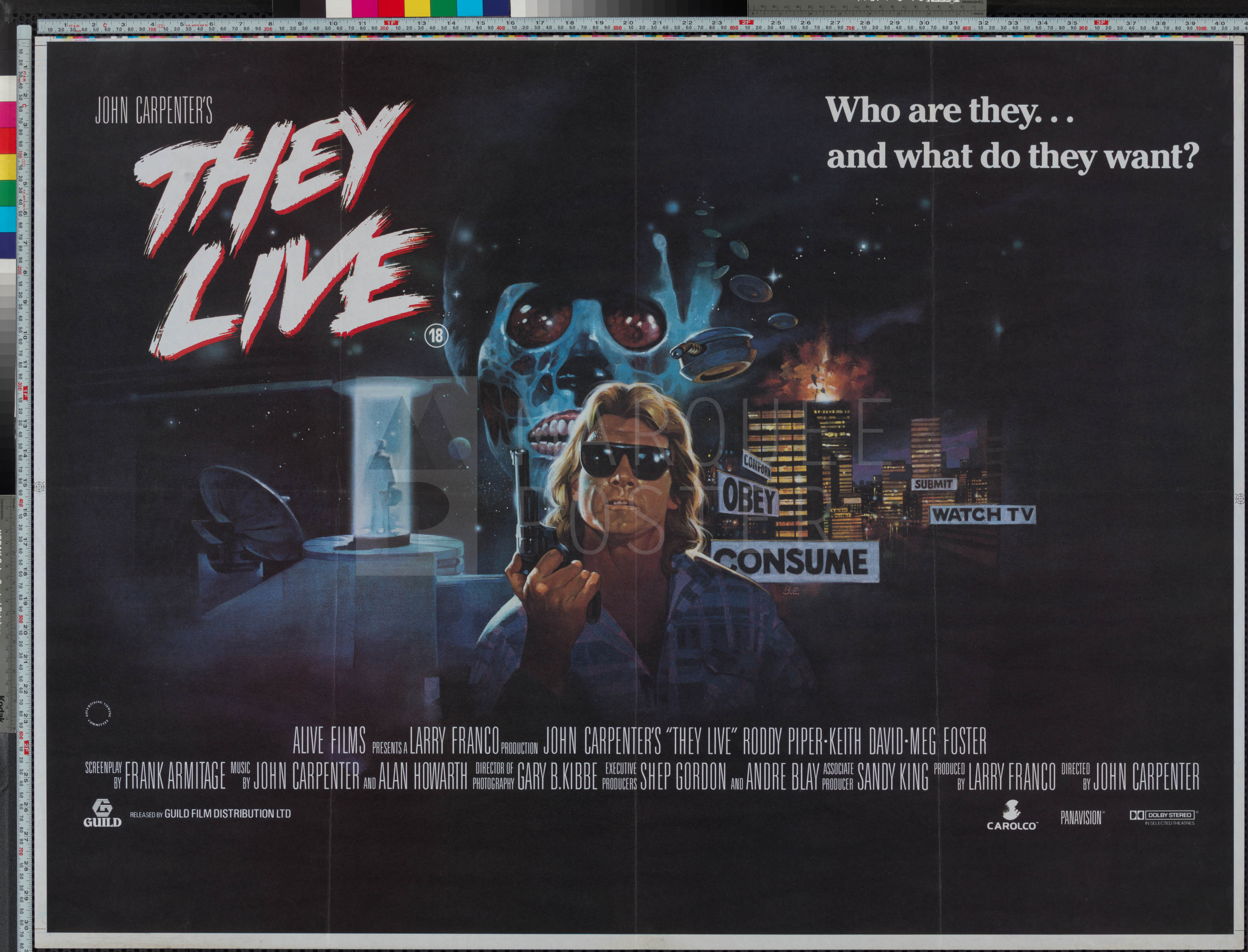 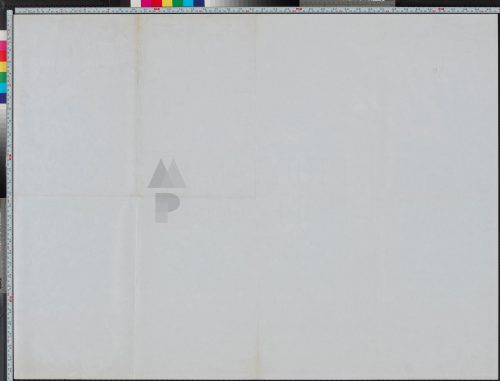