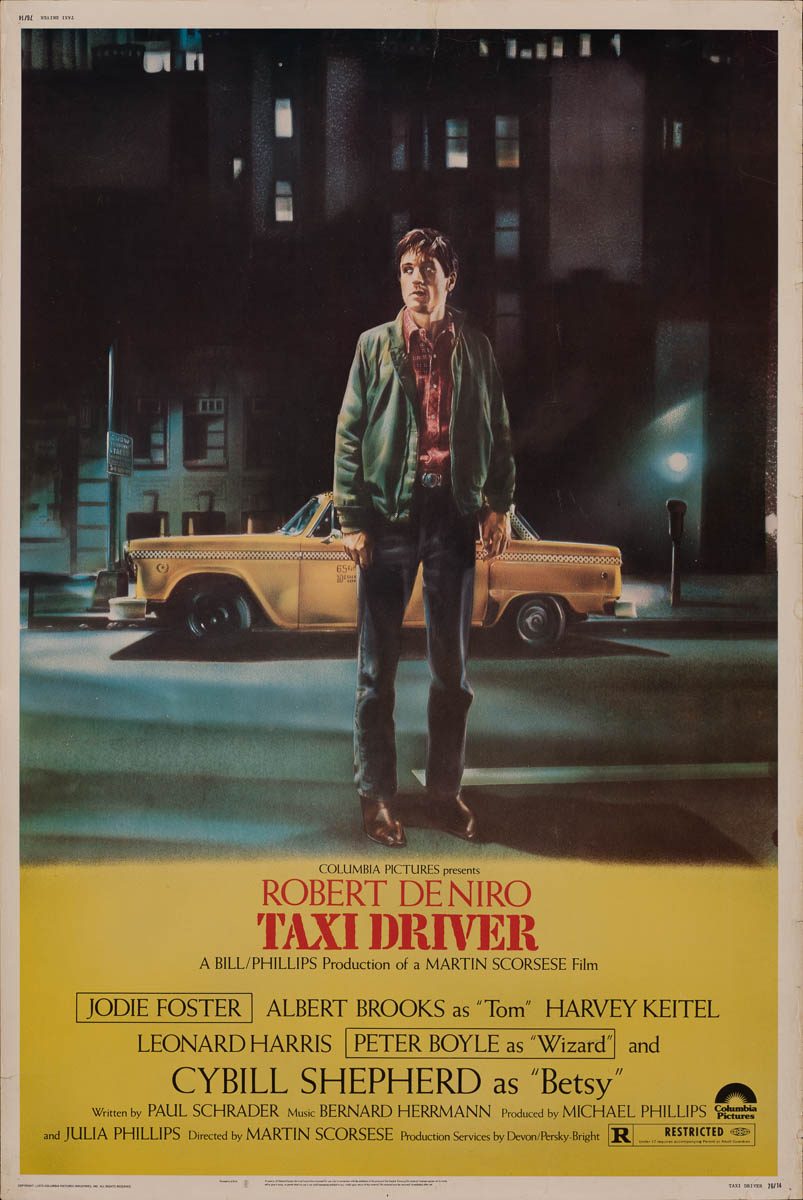 Film Plot: A mentally unstable Vietnam war veteran works as a night-time taxi driver in New York City where the perceived decadence and sleaze feeds his urge for violent action, attempting to save a preadolescent prostitute in the process.

Grade: C5  Very Good to Fine. Rolled, single-sided. Theater used poster with moderate handling/edge/surface wear, several border tears, some of which were mended with tape on the verso, slight moisture staining, especially along the right side. However, most of the damage is limited to the white borders aside from a few places of surface wear within the art which is common on older cardstock posters.


One of the most important films of the 70s, Taxi Driver broke the mold for gritty, A-list filmmaking. The New York City of the 70s featured in the film was not the glitz, glam and gentrified version we know today and Scorsese revels in it. Much of the on-screen filth depicted was real as filming took place during a city-wide garbage strike. And talk about sketchy — Jodie Foster was only 12 years old when played a prostitute in the film so the producers had to get approval from California’s child welfare department. There was a welfare worker onset at all times to supervise her scenes and Foster’s older sister, Connie, was hired as her body double for some of the sexier and/or more violent shots. The attention to detail payed off, however, and Taxi Driver won the Palme d’Or at the 1976 Cannes Film Festival and it was nominated for four Academy Awards including Best Picture.

This iconic 70s poster features a dark and foreboding portrait of Travis Bickle in front of his cab Robert De Niro by Guy Peellaert. And this particular poster is very rare in this larger 40×60″ size. The NSS printed larger 30×40″ and 40×60″ cardstock posters in much lower editions than the regular 1-sheets and due to their somewhat fragile nature very few survive to this day. 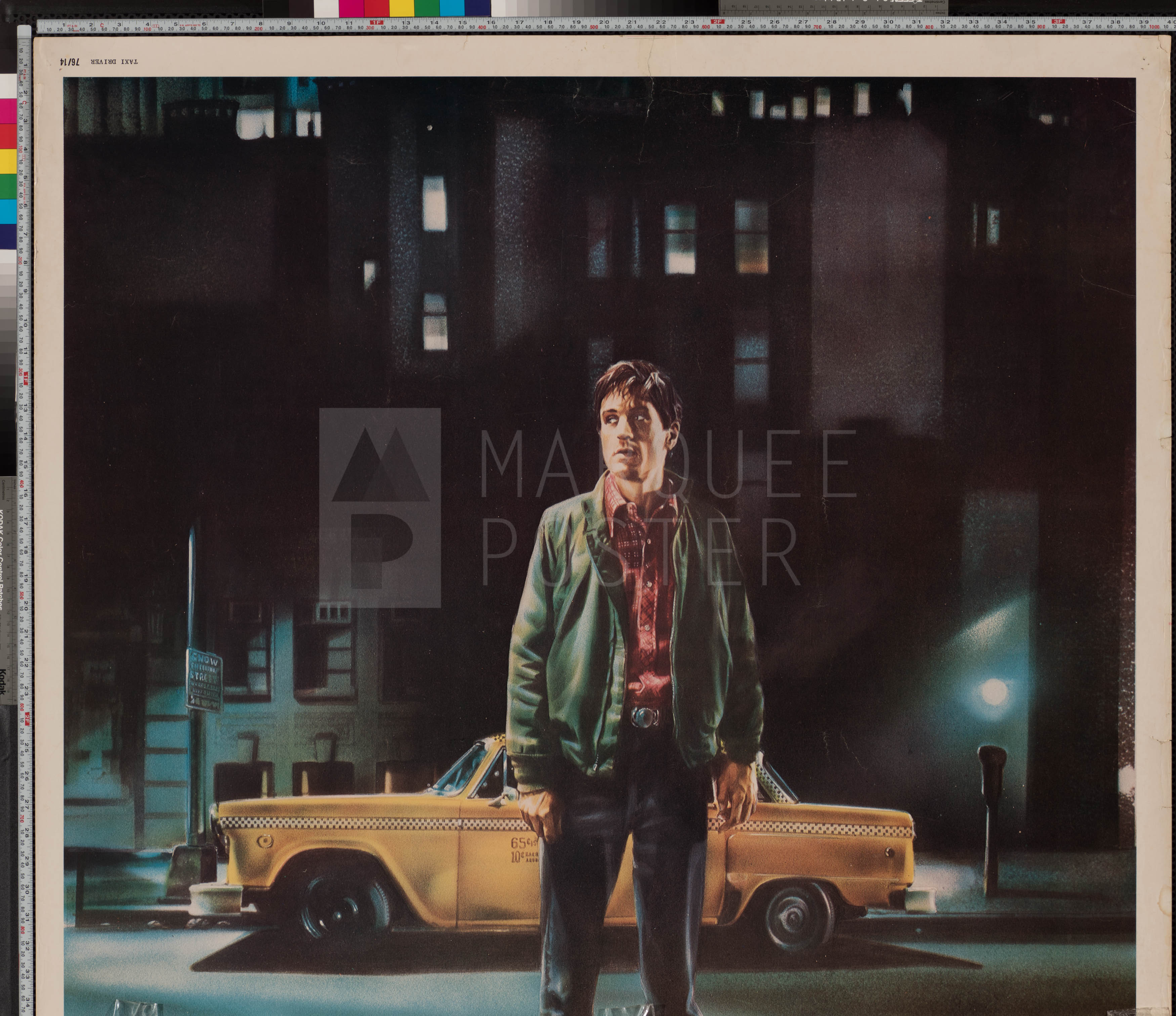 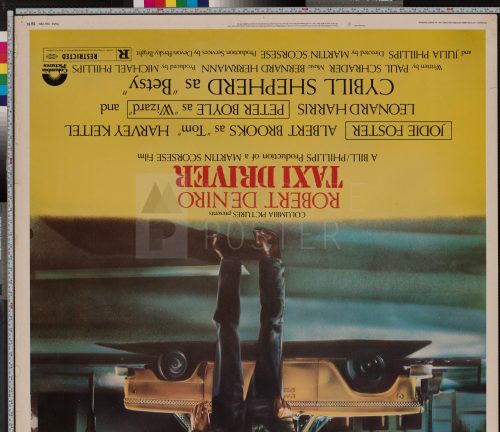 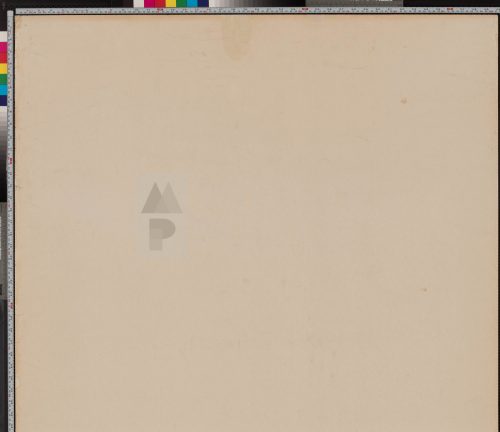 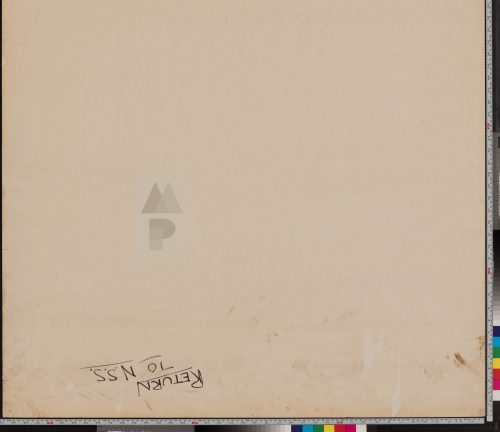