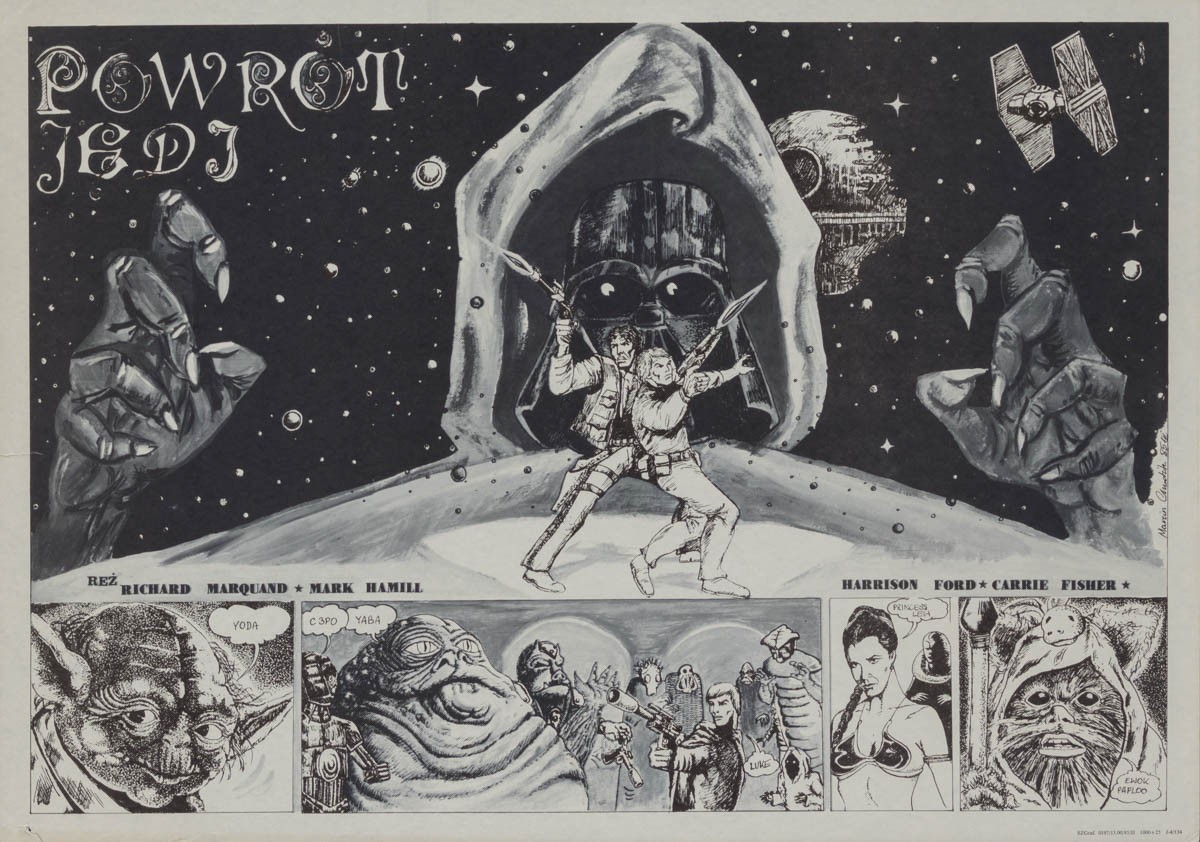 Film Plot: After rescuing Han Solo from the palace of Jabba the Hutt, the rebels attempt to destroy the second Death Star, while Luke struggles to make Vader return from the dark side of the Force.


The Star Wars franchise has inspired some of the most varied and beautiful posters around the world. This extremely rare Polish poster for Return of the Jedi was previously unknown to collectors before 2015.

I am a big Eastern European film poster collector and I received (2) copies of this poster in a lot that I purchased from a theater in Szczecin, Poland. You can imagine my surprise when stumbling upon this poster — and two copies to boot! I managed to track down the artist, Marcin Chudzik and he explained that it was commissioned by OPRF (Okręgowe Przedsiębiorstwo Rozpowszechniania Filmów), a county-level film distribution organization for the West Pomeranian Voivodeship. They needed the poster fast which is why it was limited to a black & white design and the pay was also very low — with the proceeds Marcin was only able to buy a wooden chandelier for his bedroom and a bottle of wine! Marcin explained that he had two personal copies of the poster and I offered to help him sell them to help with recent medical bills. One poster has already been sold a Star Wars collector. That leaves this poster and one more copy from my original find that will eventually find their way into collector’s hands. After that it is doubtful that another will surface considering none have for 30 years after it’s original printing. If you would like this poster signed by the artist I can help arrange that. Don’t miss out on this rare opportunity!

By the way, Marcin also created a similar black & white comic-style poster for Empire Strikes Back! No copies have ever surfaced and Marcin doesn’t have any personal copies. If anyone finds one please contact me! 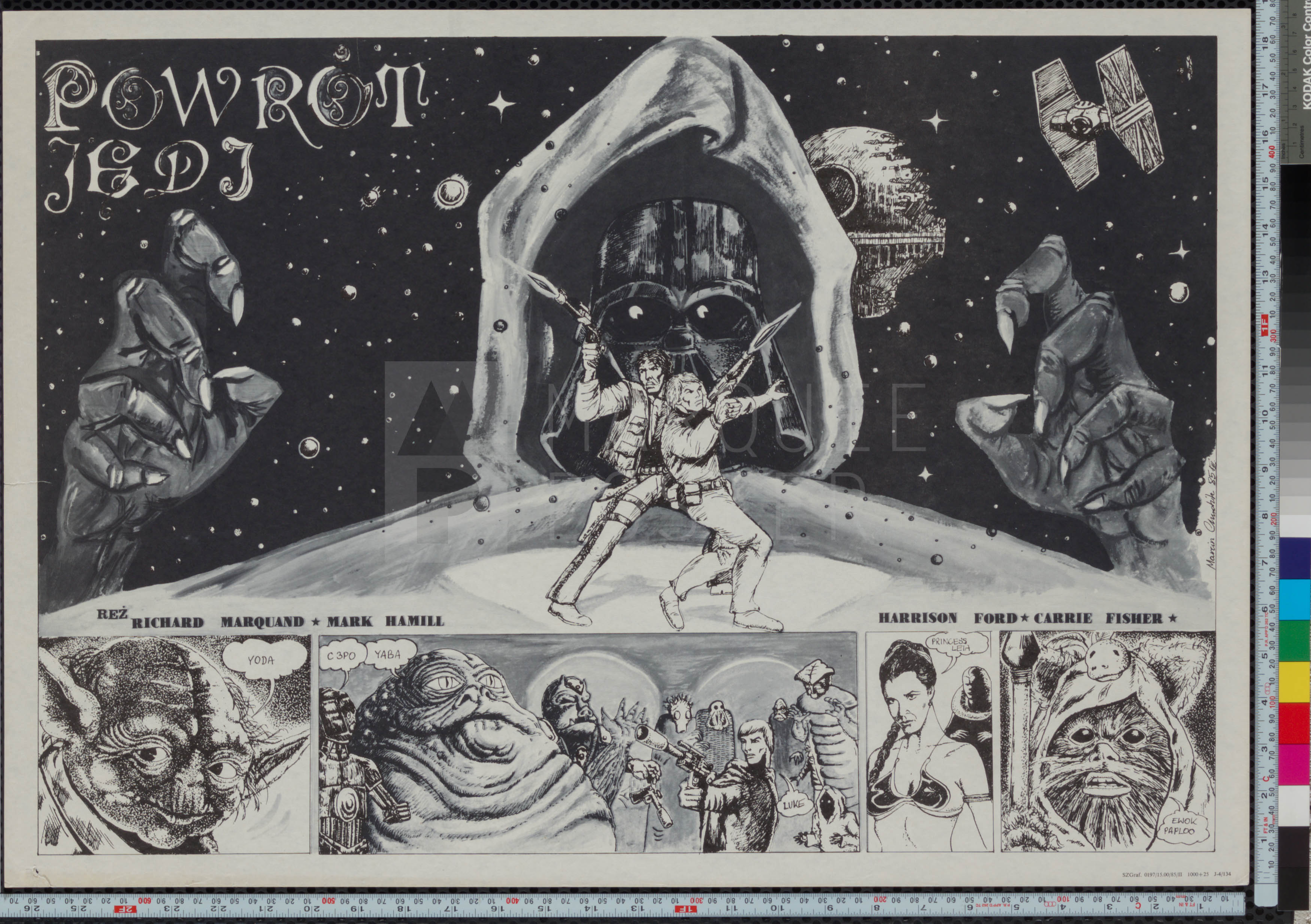 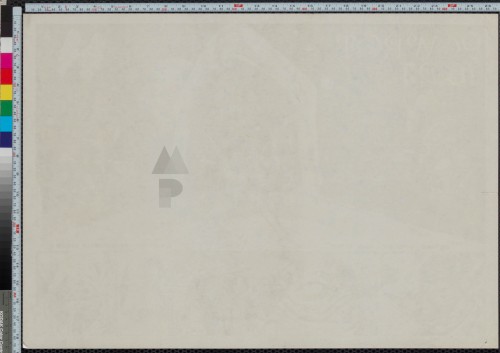