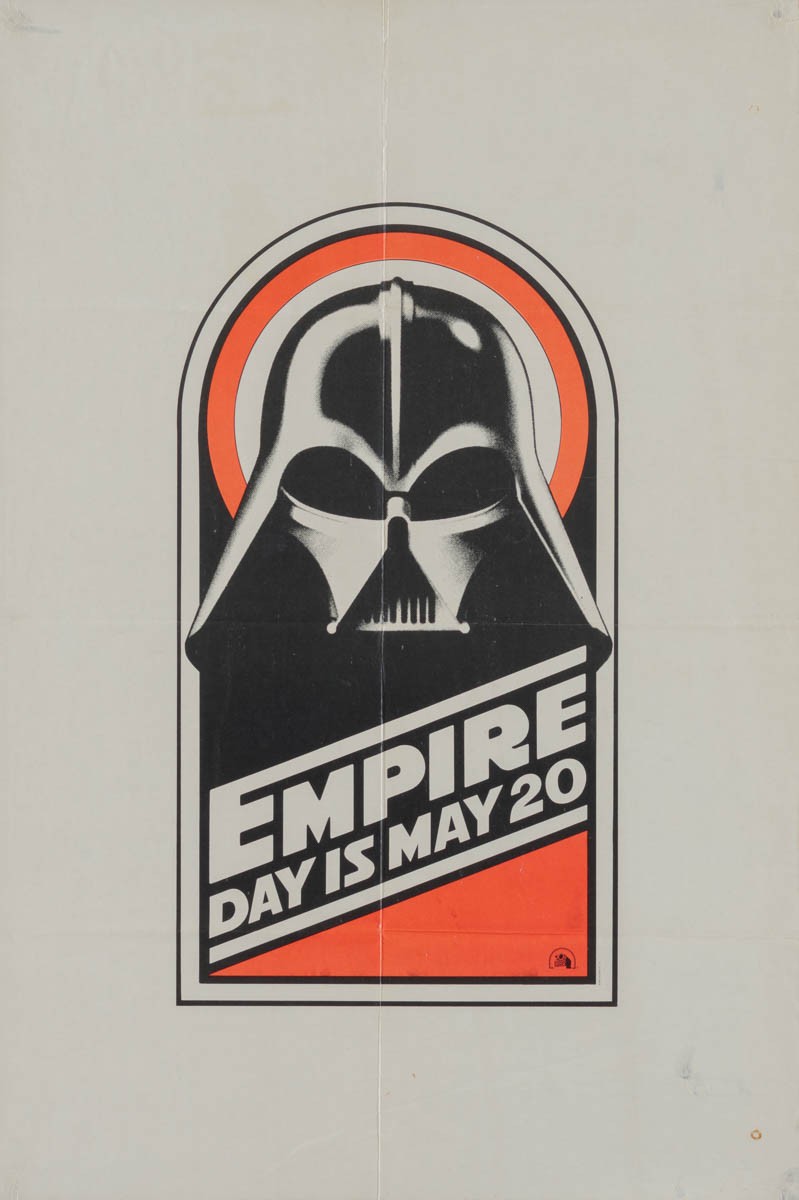 Film Plot: After the rebels have been brutally overpowered by the Empire on their newly established base, Luke Skywalker takes advanced Jedi training with Master Yoda, while his friends are pursued by Darth Vader as part of his plan to capture Luke.

Grade: C6  Fine. Folded, single-sided. Handling/edge wear, several thin spots from tape removal, small circular stain in lower right, tape reinforcements on the back corners and at the center cross fold. If linen or paper-backed it would look near mint with minimal restoration required.


Star Wars collectors, this is the ONE poster you’ve been waiting your whole life for! Not only is this poster for The Empire Strikes Back, widely regarded as the best film in the series, but it’s for the premiere in London! Empire Strikes Back had a one-night, one-screen Royal Charity Premiere at the Odeon Cinema in Leicester Square on May 20th, one day before the movie was released widely to cinemas. The title is a play on the British “Empire Day” holiday, named for Queen Victoria’s birthday on May 24 and celebrated throughout the Commonwealth between 1902 and 1958. Flash forward to 1980 and the world was on edge of it’s seat in anticipation for first sequel to the highest grossing movie in history. Some promotional genius had the inspired idea to send a legion of stormtroopers to drum up interest. You can read more about the “Empire Day” premiere at StarWars.com. Be sure to check out the photo documentation of this exact poster style — it is mounted to sign on a stick “protest style” and carried by one of the troopers! Presumably only a small number of posters were printed and to my knowledge this the first example to be sold publicly. Before this poster surfaced, the only record of this important event in cinema and Star Wars history were just a few of the small A4-sized handbills passed out by the stormtroopers. This is the real deal poster and it has a wonderful mod, minimalist style to boot. If you are looking for a Star Wars poster to stand out from the crowd, look no further. This poster is a collection in and of itself and once it’s gone, don’t expect another to surface anytime soon — if ever!

“That belongs in a museum!” – Indiana Jones

Edit: Could this poster get any cooler? I recently learned that the artist was none other than Ralph McQuarrie. He did much of the early concept art while the trilogy was still in production and was highly influential in crafting the look and feel of the Star Wars universe.  This ‘Empire Day’ art is a slight variation of his “Vader in Flames” logo for The Empire Strikes Back production team. It was made as crew jacket patch and vehicle stickers for the Hoth/snow sequences shot in Norway. Cool! 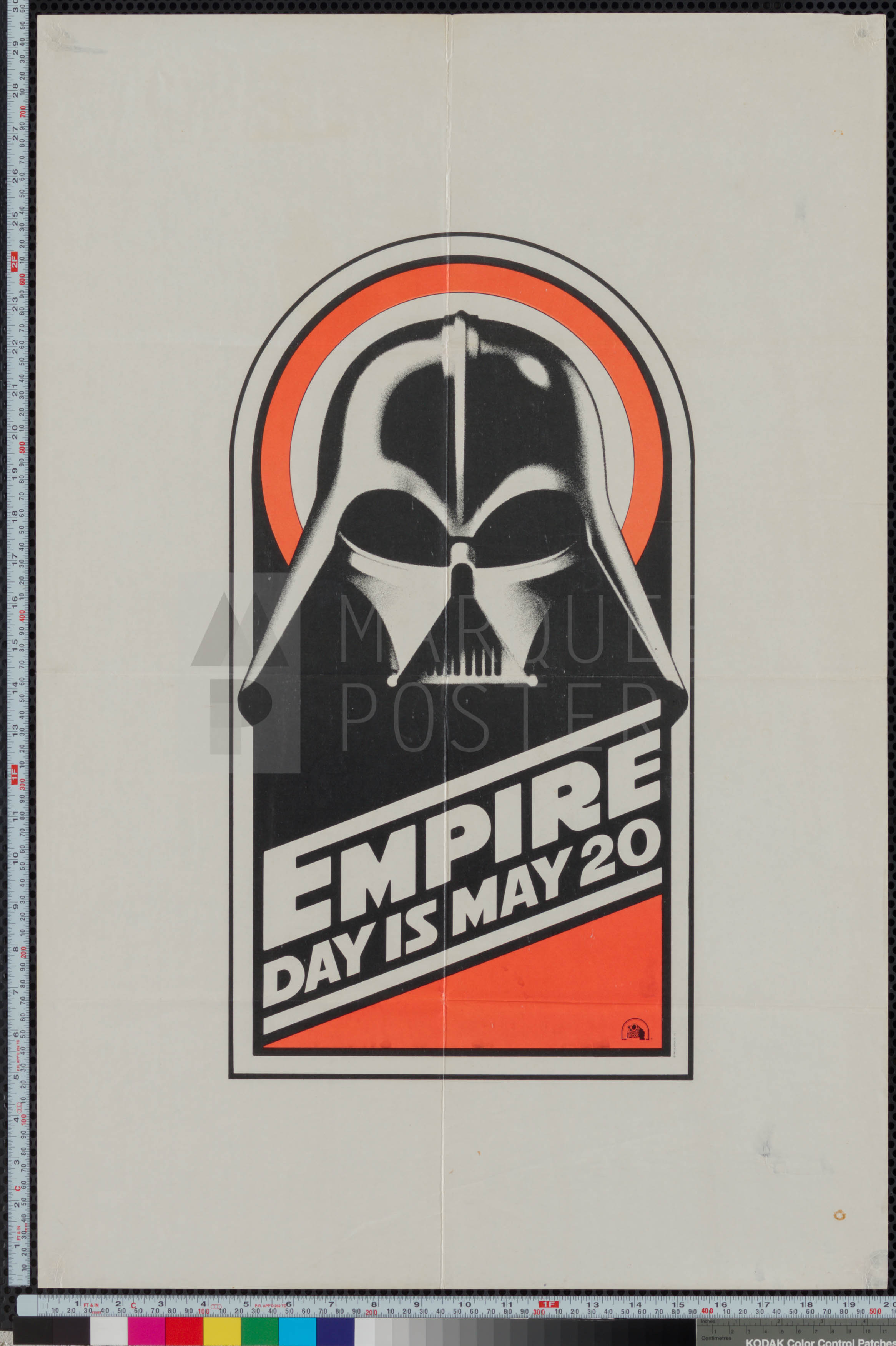 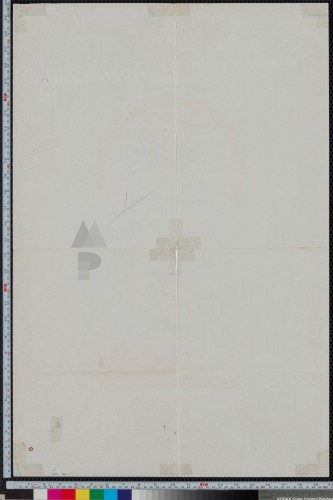