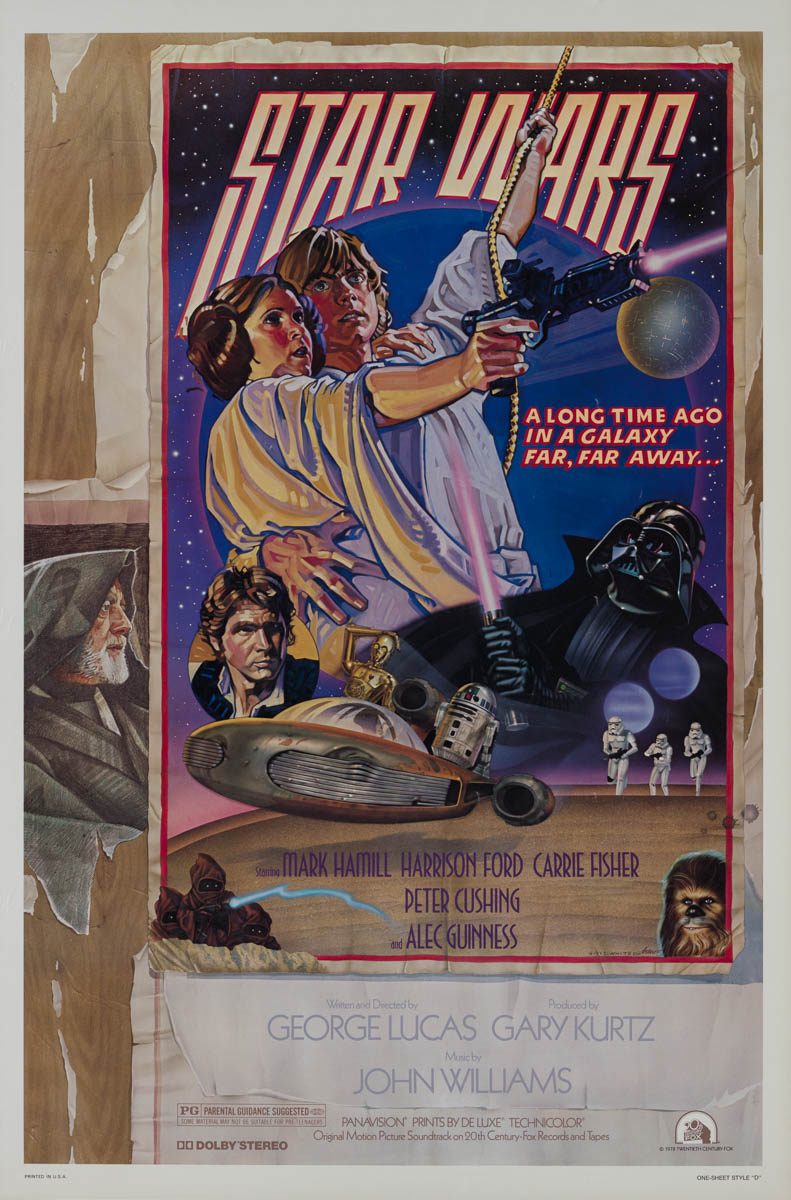 Film Plot: Luke Skywalker joins forces with a Jedi Knight, a cocky pilot, a wookiee and two droids to save the universe from the Empire's world-destroying battle-station, while also attempting to rescue Princess Leia from the evil Darth Vader.

Grade: C8-C9  Very Fine to Near Mint. Rolled, single-sided. Unused, would rate higher if not for the mild, repeating compression marks from being compressed while rolled and the slightest of paper tanning along the right side, primarily at the bottom.


In many ways, Star Wars was the film that brought poster collecting out the shadows. It was the perfect storm for collectibility — a monster hit of a movie, with a near universal fan base, there were many different styles of posters, all of which featured amazing, original art, and to top it all off at least several designs were made available directly to the public through “fan clubs”. It should be noted that direct distribution of studio advertising posters was a very novel concept at the time! Flash forward today and it’s no surprise their are legions of Star Wars collectors worldwide!

This awesome Star Wars Style ‘D ‘poster is commonly referred to as the ‘circus’ poster, due to it’s distinctive weathered, torn look of having been pasted up on a wall — notice the ripped edges on the images and plywood wall background. According to the great Drew Struzan, this was a “lucky accident”! The poster was a collaboration between him and airbrush artist Charles White III. White originally got the commission from Lucas, but he brought in Struzan for the portraits while he focused on the backgrounds, ships and droids (not the slight difference in styles between Han/Leia/Luke and R2D2/C3PO). According to Struzan, after they finished they “found out there wasn’t enough room for the typography and the billing block they had left in the design. What can we do to make more space on a poster that’s already been printed? Let’s pretend it’s posted, and then they can put the type below the actual poster. We painted Obi Wan down the side and stuff across the bottom to make it wider and deeper.” This is also why Obi Wan’s portrait on the left side was done in colored pencil to make it look like totally different poster pasted alongside the main image. The ultimate result was one of Lucas’ favorite posters — which says a lot given how many styles were produced for this groundbreaking blockbuster film! 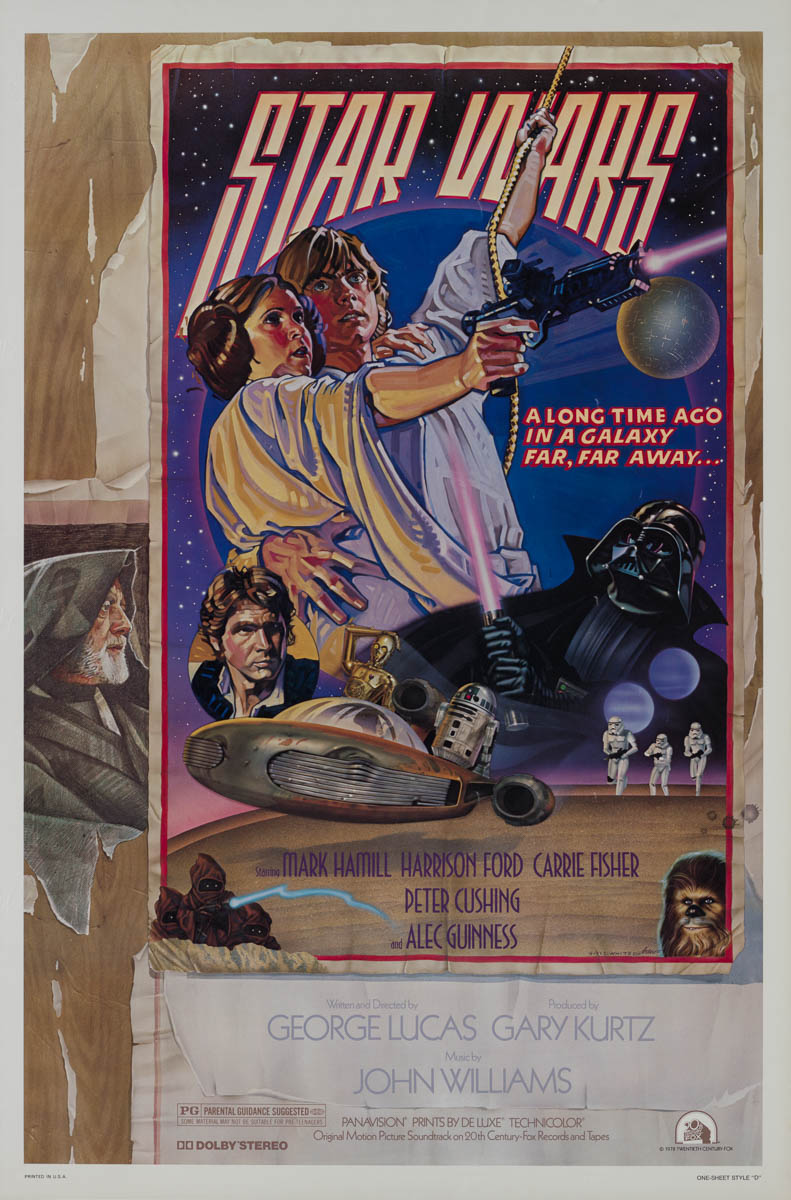 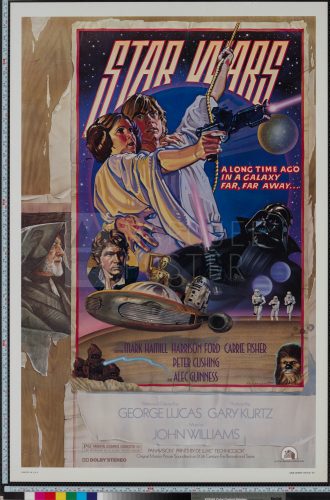 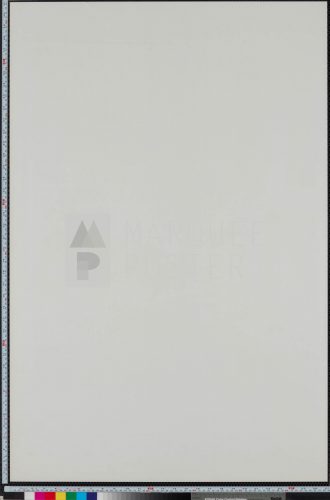