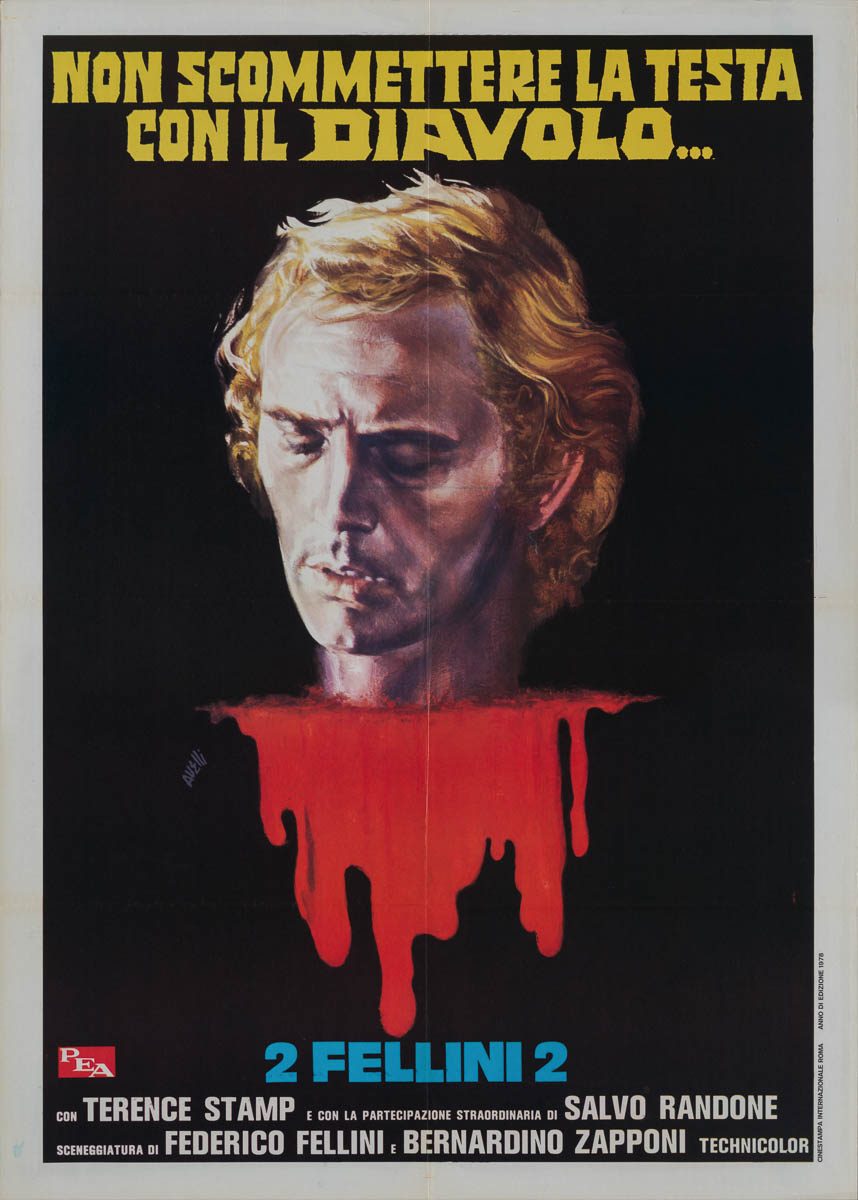 Spirits of the Dead

English title: Spirits of the Dead

Film Plot: Three directors each adapt a Poe short story to the screen: "Toby Dammit" features a disheveled drugged and drunk English movie star who nods acceptance in the Italian press and his ...


If a more striking poster of Terence Stamp exists, I’m surely not aware of it! Artist Tino Avelli created this ghastly portrait of Stamp for a 1977 re-release of “Toby Dammit” — a Fellini short film originally released in 1968 as part of Histoires extraordinaires. This gets a bit complicated so bear with me… Histoires extraordinaires was a multi-segment art-house horror film from three different directors — each of whom created a short film based on an Edgar Allen Poe poem. The two segments from Louis Malle and Roger Vadim are entertaining, but the real draw is Federico Fellini’s adaptation of Poe’s 1841 poem, “Never the Bet the Devil Your Head.” Titled “Toby Dammit”, Fellini created a hallucinogenic tale of an unstable and alcoholic Shakespearean actor who agrees to go to perform in Rome on the condition he’s given a Ferrari. The film is only loosely based on Poe’s story, but Fellini’s self-destruction and decadence works surprisingly well with Poe’s morbidity. The “Toby Dammit” segment was hailed upon the original release, but the overall project was forgotten as a commercial failure based on the overall omnibus project.

This incredible Italian 2-foglio poster, with Terence Stamp clearly channeling his inner-Poe, is from a second attempt to get the “Toby Dammit” segment seen by wider audiences. However, the miniscule 1977 repackaging of two Fellini short films under the title “2 Fellini 2” turned out to be more of a cash-grab and “Toby Dammit” remained in obscurity until 2008 when the original cinematographer, Giuseppe Rotunno, remastered the segment for the Tribeca Film Festival. This rare poster advertising just the “Toby Dammit” segment is the only copy I’ve encountered in this large size.

By the way, for all you gear heads, the Ferrari used in the film was a one-off creation from Carrozzeria Fantuzzi made specifically for the film. It was based on a 330 LMB chassis and had a unique open-roof, frameless-windshield design. In 2008 the Ferrari Special Projects division began work on a one-off car called the P540 Superfast Aperta, based on a 599GTB and inspired by Fellini’s 1968 “Golden Ferrari”. The car was named: “5” for the approximately 500 cc displacement of each of the V12’s cylinders; “40” for the 40th anniversary of the film (when the new owner Edward Walson first saw it — presumably at the Tribeca Film Festival); “Superfast,” an homage to the limited-production Ferrari GT’s from the 1960s; and finally “Aperta,” which is Italian for “open.” 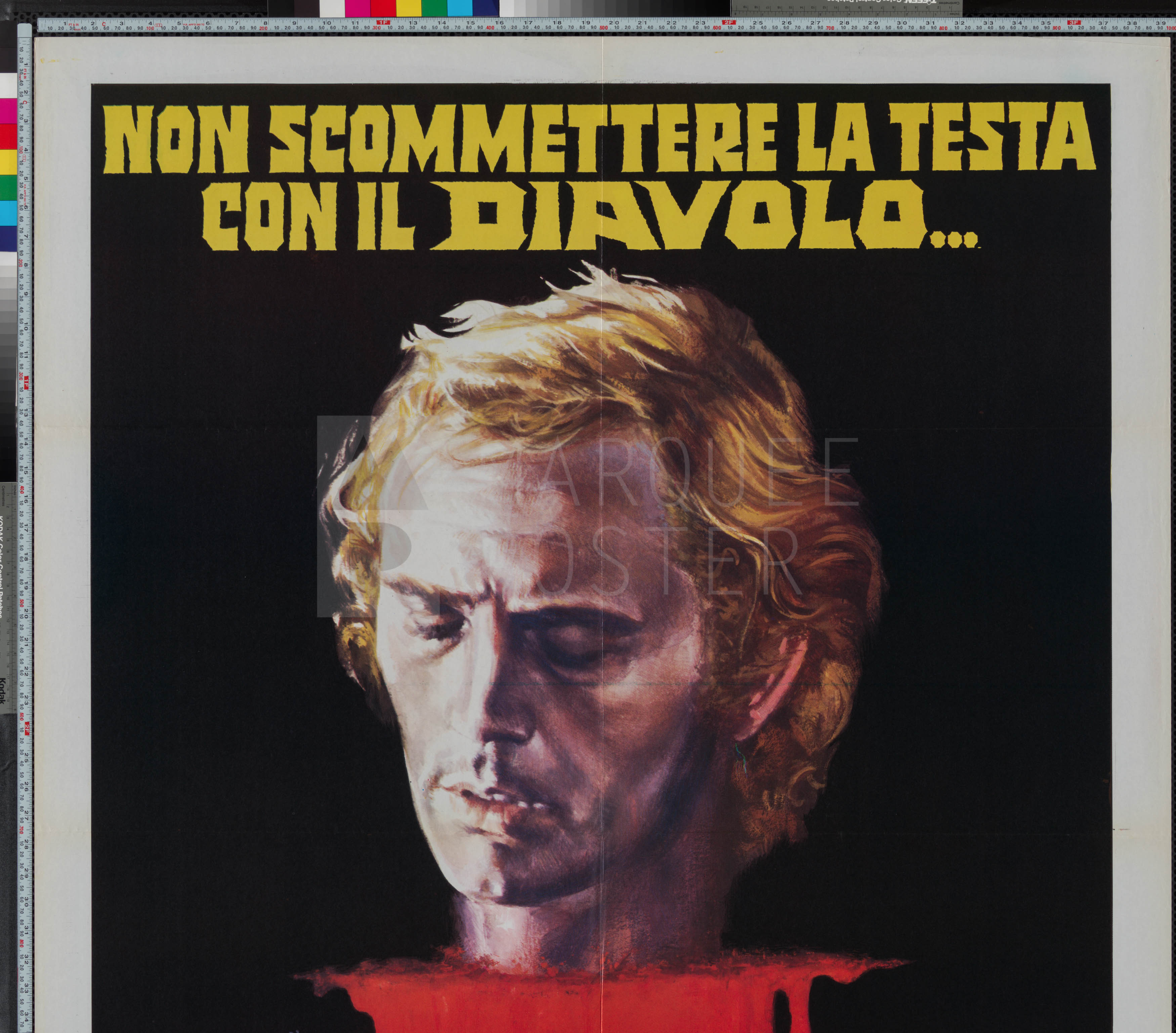 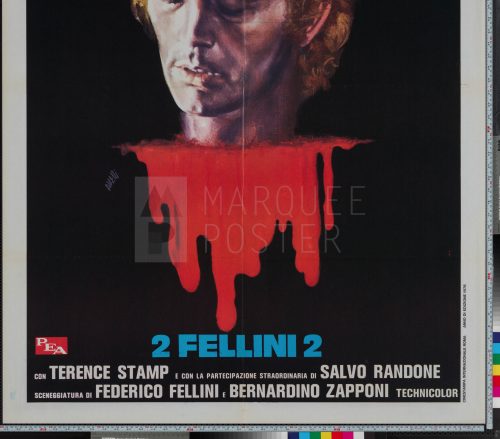 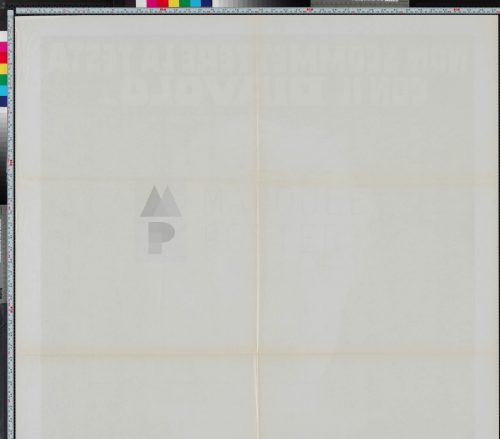 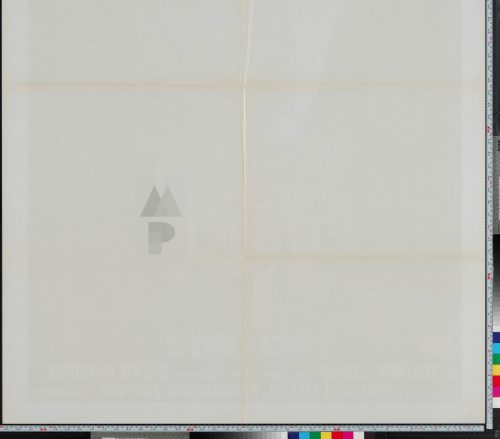