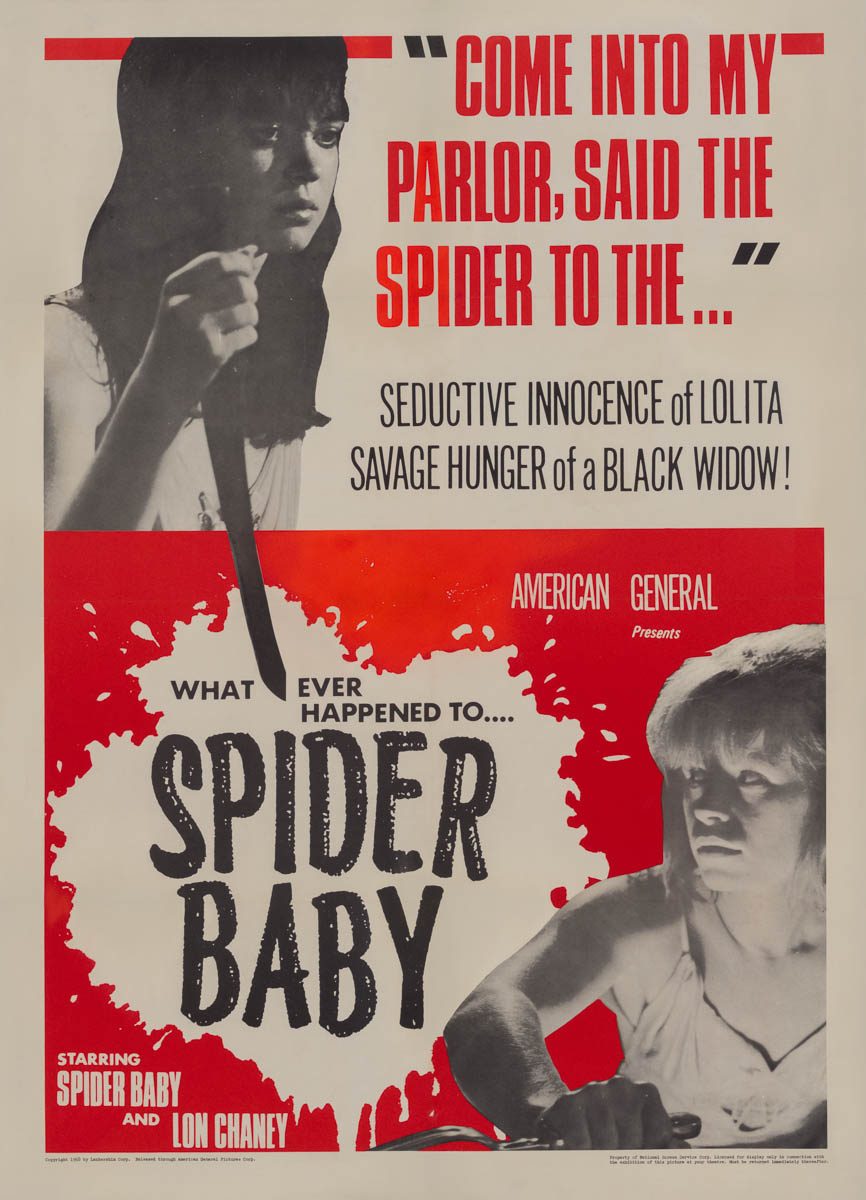 Spider Baby or, The Maddest Story Ever Told

English title: Spider Baby or, The Maddest Story Ever Told

Film Plot: A caretaker devotes himself to three demented siblings after their father's death.

Grade: C6  Fine. Folded, single-sided. Prior to linen backing this was a theater used poster with moderate handling/edge/fold wear, small areas of paper loss along the vertical fold, especially at the top and at the middle and upper cross folds, light soiling around the edges of the poster along with some small chipping and tears, several pinholes in each corner from display.


How does one even begin to describe Spider Baby? Is it a “creepy old house” film like House on Haunted Hill, or maybe something more comedic a la The Munsters? But then where would the genetic diseases, cannibalism and incest fit in? Is it a nod to the past, showcasing Universal Horror legend Lon Chaney Jr. in one of his final roles? Or is it the birth of some new breed of dark black horror with the breakout role of Sid Haig? Perhaps the delicate balance between old and new, comedy and horror, is most simply exemplified by witnessing wholesome Old Yeller child actress Beverly Washburn stab a lawyer to death and feed him to cannibals! Whatever Spider Baby is or isn’t, there is no doubting the impact Jack Hill’s solo directorial debut has had on the horror genre ever since! Quentin Tarantino has referred to Jack Hill as “the Howard Hawks of exploitation filmmaking” and every bit of that is on display in Spider Baby (a.k.a. The Maddest Story Ever Told) — which was miraculously shot in only 12 days and on a $65,000 budget!

This original Spider Baby US 1-sheet is incredibly rare! The film was shot in 1964 but shelved before it could be released when the producers went bankrupt — tying the film up in legal limbo. The film was finally picked up by independent producer David L. Hewitt and released as Spider Baby in December 1967. It was then re-released to drive-ins the following summer as “The Liver Eaters” and later went by other titles such as “Cannibal Orgy” as well. This poster is from the very first 1967 release! Please note: being an independent production, the poster was not printed by the NSS and as such has slightly different dimensions from a standard US 1-sheet. 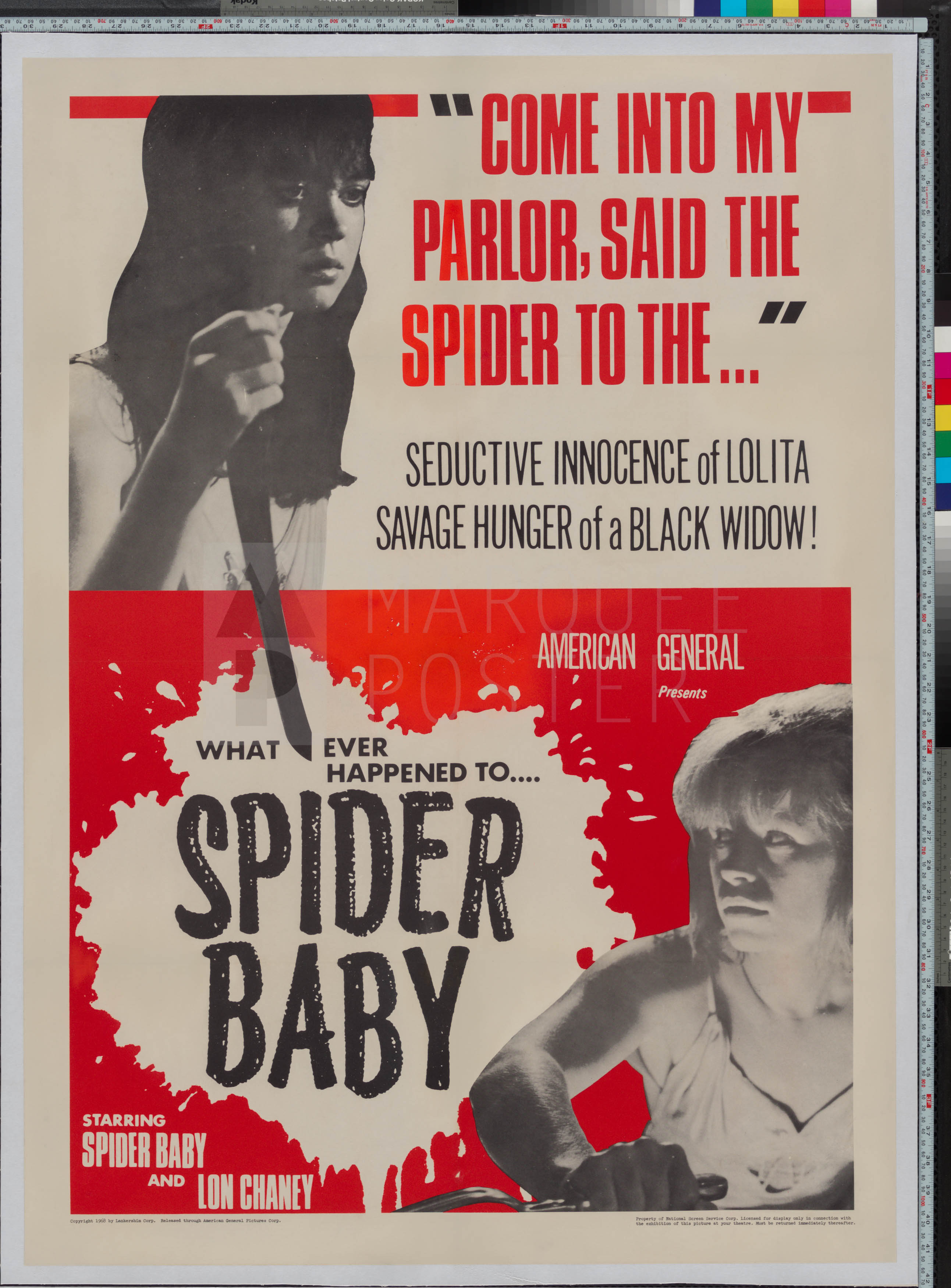 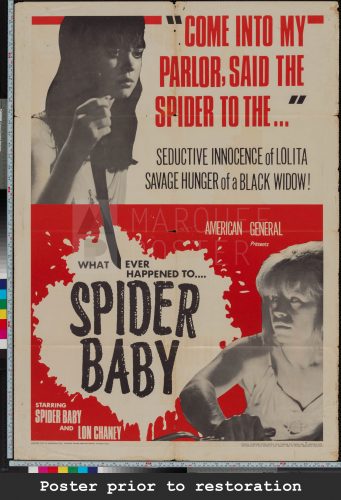 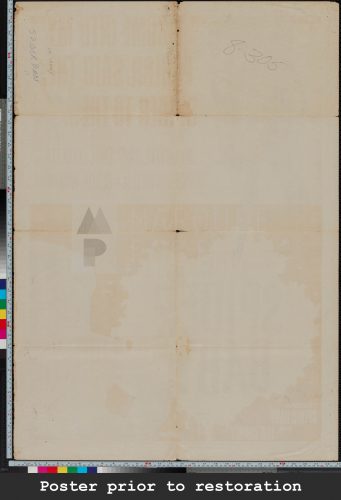