Film Plot: A woman leaves an Austrian convent to become a governess to the children of a Naval officer widower.


DOE, a deer, a female deer, RAY a drop of golden suuuuuuuuuuuun!

Sound of Music is one of the most celebrated musicals ever made. It was the final collaboration from writer/composers Richard Rodgers and Oscar Hammerstein II, the duo behind some of the biggest hits from the post-war musical golden age: Oklahoma!, South Pacific, and The King and I. While they primarily worked on live Broadway shows, their productions were so popular that nearly everyone was turned into a big budget musical for the screen. The Sound of Music was their final hurrah and also their biggest success. The play won 5 Tony awards including Best Musical and the film went on to win 5 academy awards including Best Picture. It was also a huge commercial success. Adjusted for inflation, The Sound of Music is the 3rd highest grossing US film of all-time, lagging only behind the other titans of cinema, Star Wars and Gone with the Wind, and the 5th highest grossing film worldwide.

This nearly 5′ tall Japanese STB highlights the amazing shot-on-location vistas of the Austrian Alps. It also has one of the best group shots of Von Trappe children with Maria while first learning to sing. This tall, slender format had very low print numbers compared to regular Japanese B2s. They are very rare, especially for more popular film titles, and are highly sought after by collectors today. 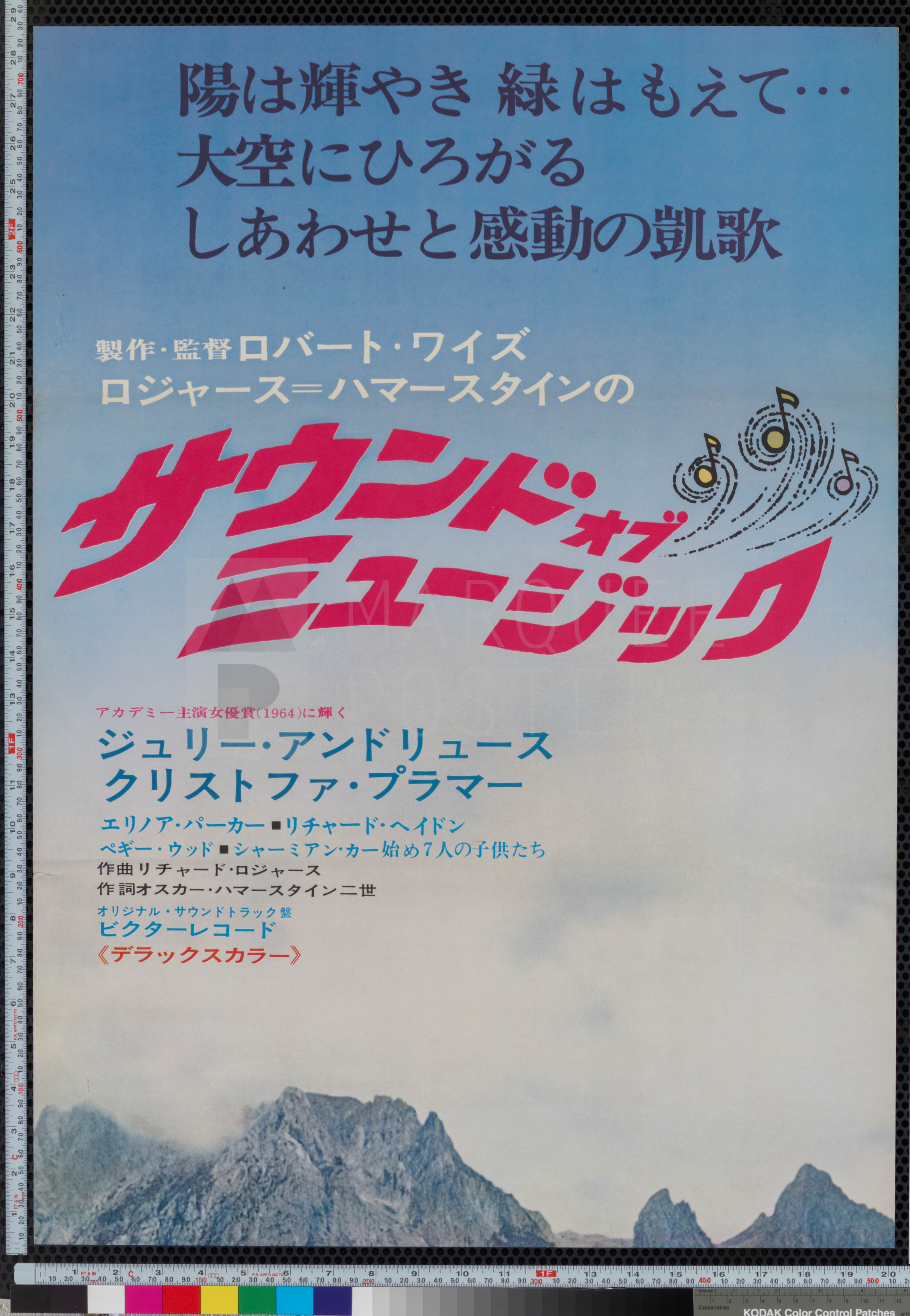 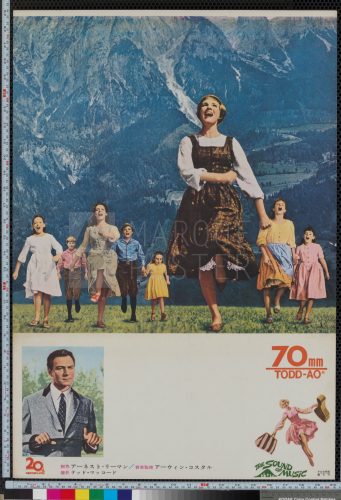 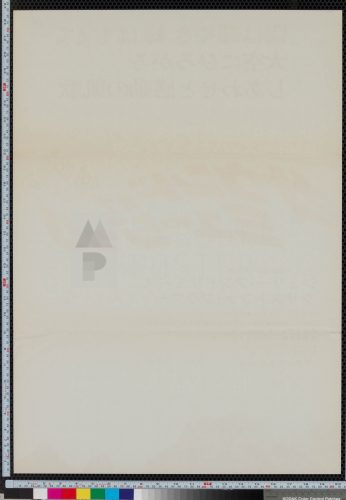 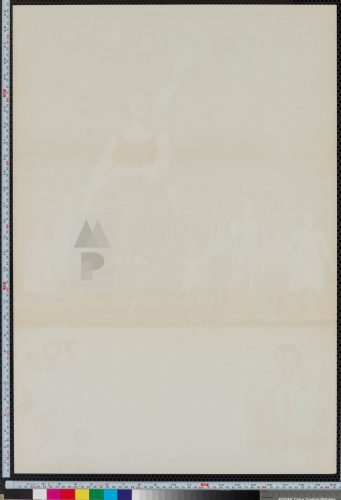