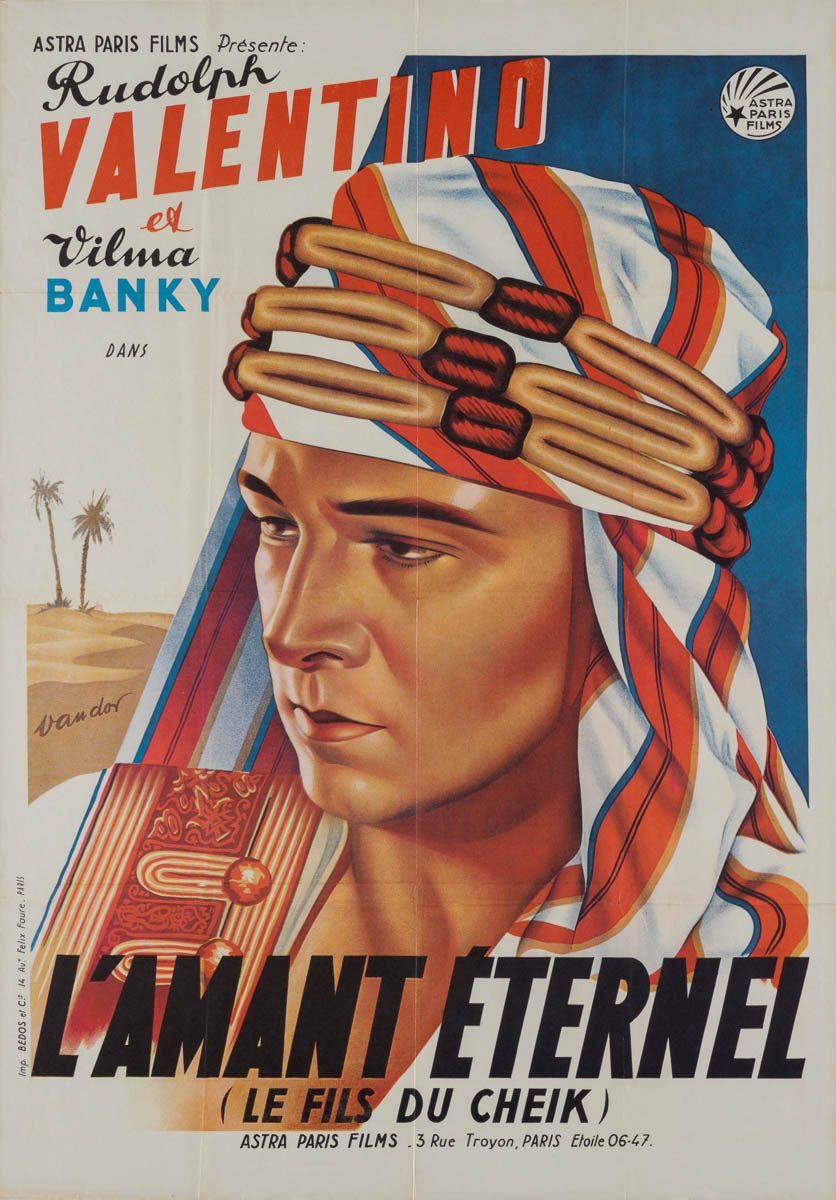 Son of the Sheik

English title: Son of the Sheik

Film title: Son of the Sheik

Film Plot: The son of the sheik and a dancing girl fall in love, but when he is made to believe she has betrayed him he seeks revenge.


Rudolph Valentino was one of the most famous stars of the 1920s. It therefore shocked the world when Valentino died of a freak illness at only 31 years old, just two weeks before the release of what would become his final film, The Son of the Sheik. The movie was a sequel to his 1921 hit film, The Sheik.

This French re-release B1 poster (~28×40″) is likely from the 1950s and features a wonderful portrait of the perennial star in his final role. 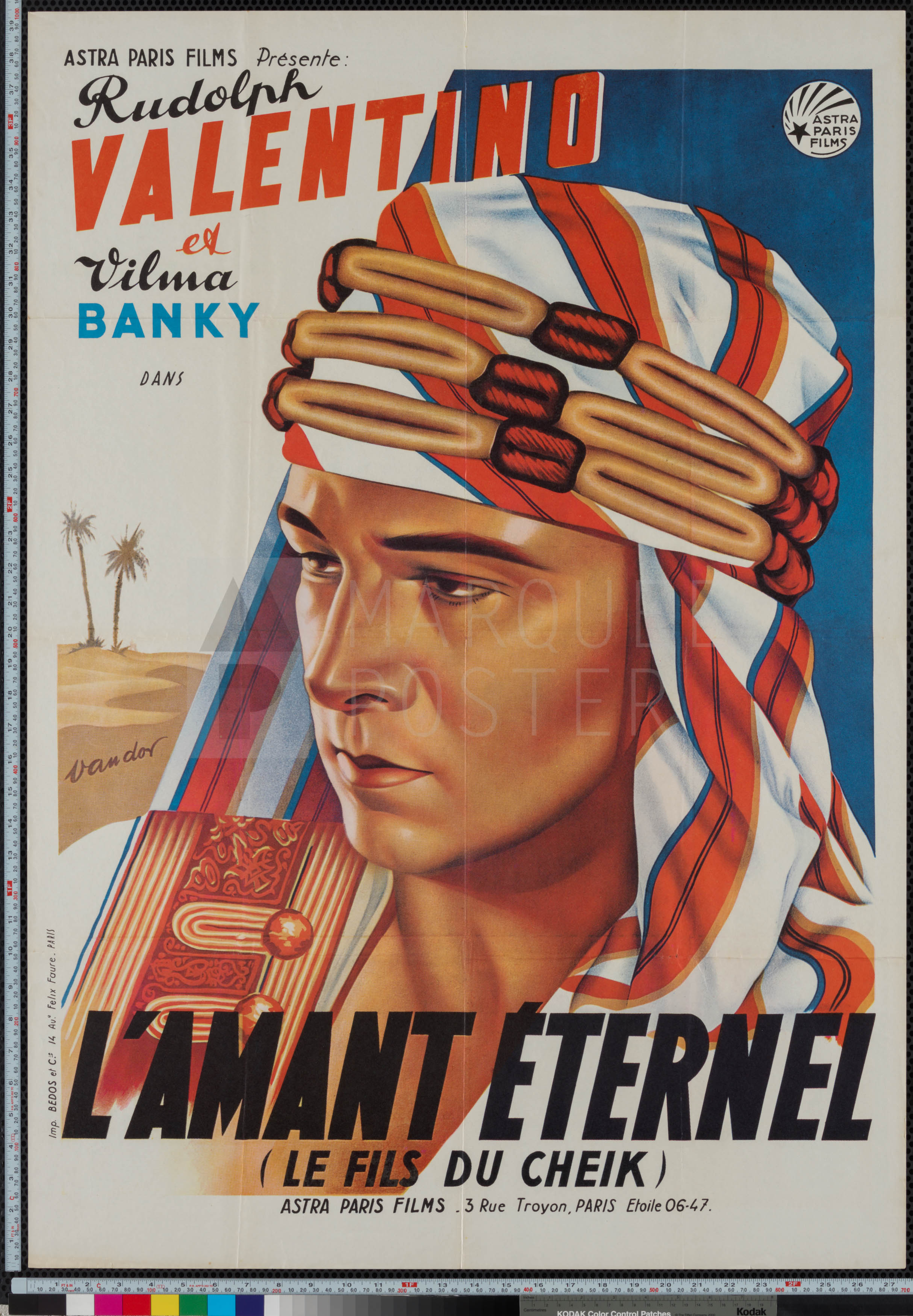 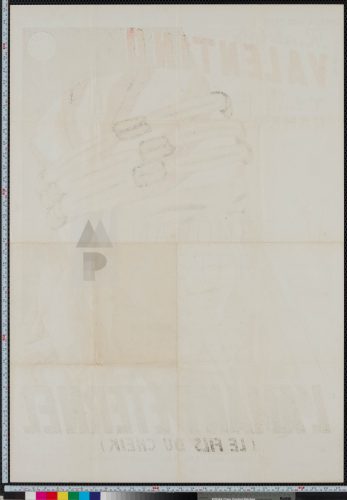