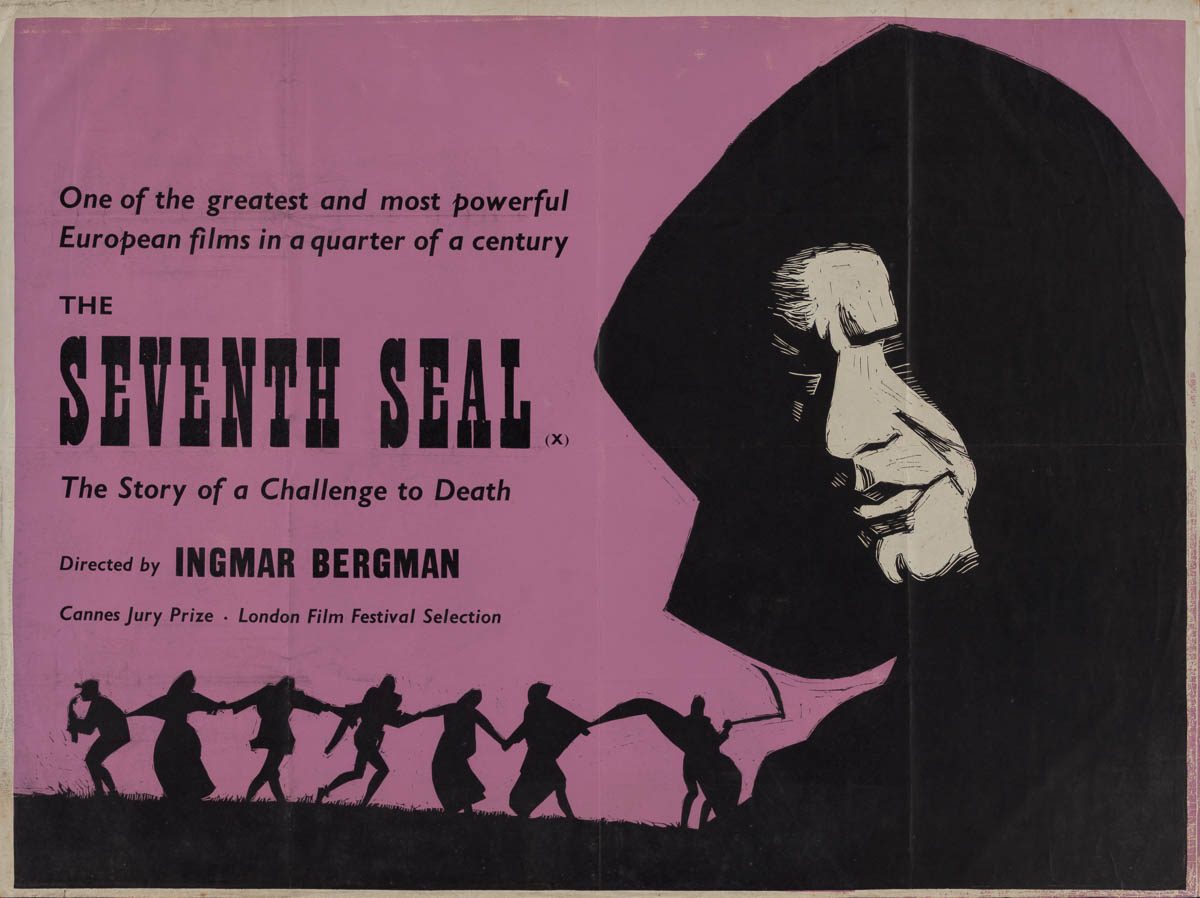 Film Plot: A man seeks answers about life, death, and the existence of God as he plays chess against the Grim Reaper during the Black Plague.

Grade: C6  Fine. Folded, single-sided. Theater used poster with moderate handling/surface/edge wear. Would grade higher if not for general handling and surface wear, light edge wear around most of the poster including a few small tears, several small spots of moisture staining, and some ink transfer on the borders from the original printing. Due to the thick inks and strong colors the poster still presents very nicely.


This incredible Seventh Seal poster was printed exclusively for use at the Academy Cinema in London and as advertising in the surrounding tube stations. The story of these famed posters almost out shines the films themselves.

Peter Strausfeld was an avant-garde/expressionist artist born in Germany. George Hoellering was a filmmaker born in Austria. Neither of them wanted anything to do with the Nazi’s both immigrated to England between WWI and WWII. Supposedly Hoellering originally came without much more than the clothes on his back and the sole print of a film he made in Hungary — eager to find distribution for his art-house effort. But just as the US interred thousands of Japanese-Americans during WWII, the UK interred thousands of German/Austrian-English on the Isle of Man at the Onchan Internment Camp. The two men met and became good friends at the camp between 1940 and 1941. Hoellering and Strausfeld apparently had many conversations along the lines of, “if we ever get out of this place….”. Well after the war Hoellering was tapped by fellow UK filmmakers to direct programming the Academy Cinema starting in 1944. He put a policy in place to *not* use studio promotional materials and quickly hired his old artist friend Strausfeld to create unique poster for the cinema. The two continued their friendship and collaboration for nearly 40 more years until both Strausfeld and Hoellering died in 1980. The Academy Cinema muddled along without them for another 6 years but sadly closed its doors in 1986. The two men are credited with introducing a generation (or more!) of Londoners to independent darlings like Godard, Fellini, Kurosawa, Ozu, Malick, Bergman, Renoir, Wadja, Eisenstein, Melville, Cassavetes, and yes, even Scorsese when he was still a nobody! 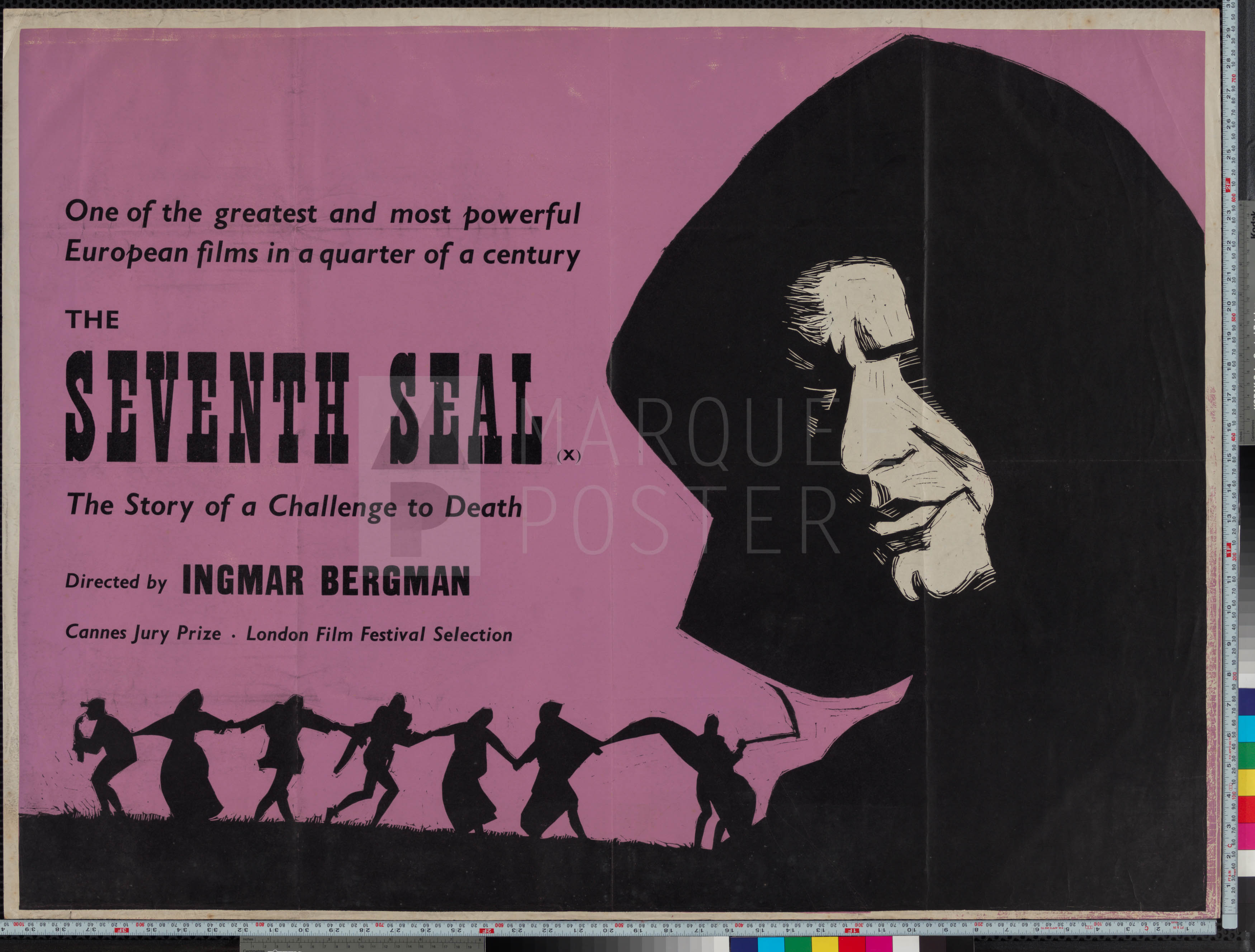 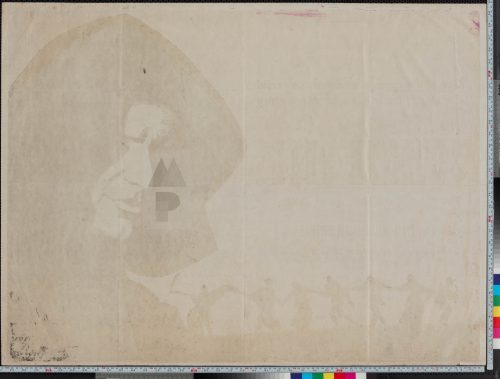