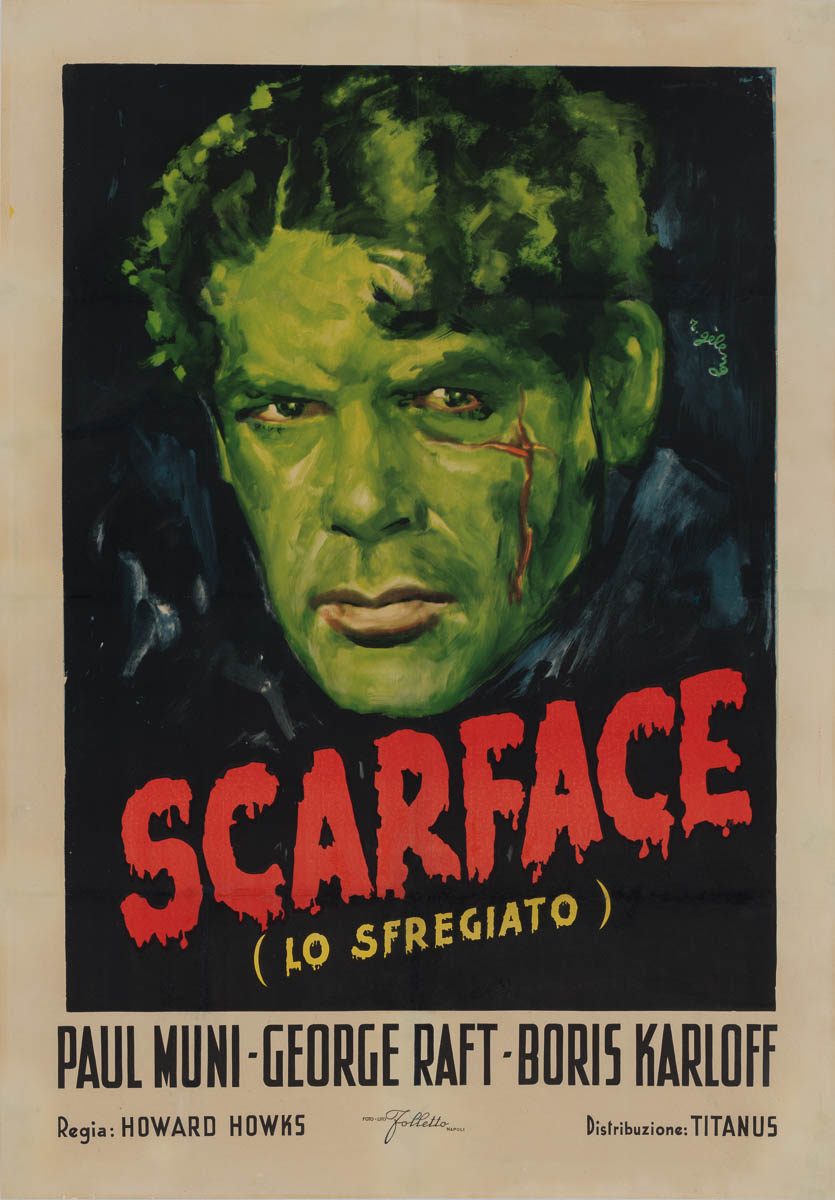 Film Plot: An ambitious and near insanely violent gangster climbs the ladder of success in the mob, but his weaknesses prove to be his downfall.

Grade: C6  Fine. Folded, single-sided. Prior to linen-backing this was a theater used poster with moderate handling/edge/fold wear, pinholes in the borders, a chip in the top border and a tear from teh left border into Muni's forehead, now appears very fine to near mint with amazing original colors.


Scarface is one of the most important and influential gangster films of all time and is loosely based on the rise and fall of crime boss Al Capone. It’s especially notable as one of Howard Hawks earliest successes and for featuring Boris Karloff as a rival Irish mobster. Filming had just wrapped on Frankenstein in August 1931 and Karloff was still more or less unknown to audiences when he filmed Scarface in September 1931. However, due to issues with the Hays Code censors, the release was pushed back to April the following year — well after Karloff had become a huge star from Frankenstein. On the Scarface poster he was credited as Boris “Frankenstein” Karloff! Fun fact: After repeated demands for re-writes from the Hays Office, producer Howard Hughes told Hawks, “Screw the Hays Office, make it as realistic, and grisly as possible.”

This amazing Italian poster easily has one of the best designs from any country. The intense portrait of Paul Muni was painted by Rinaldo Geleng in the early post-war period. An extremely rare and desireable poster! 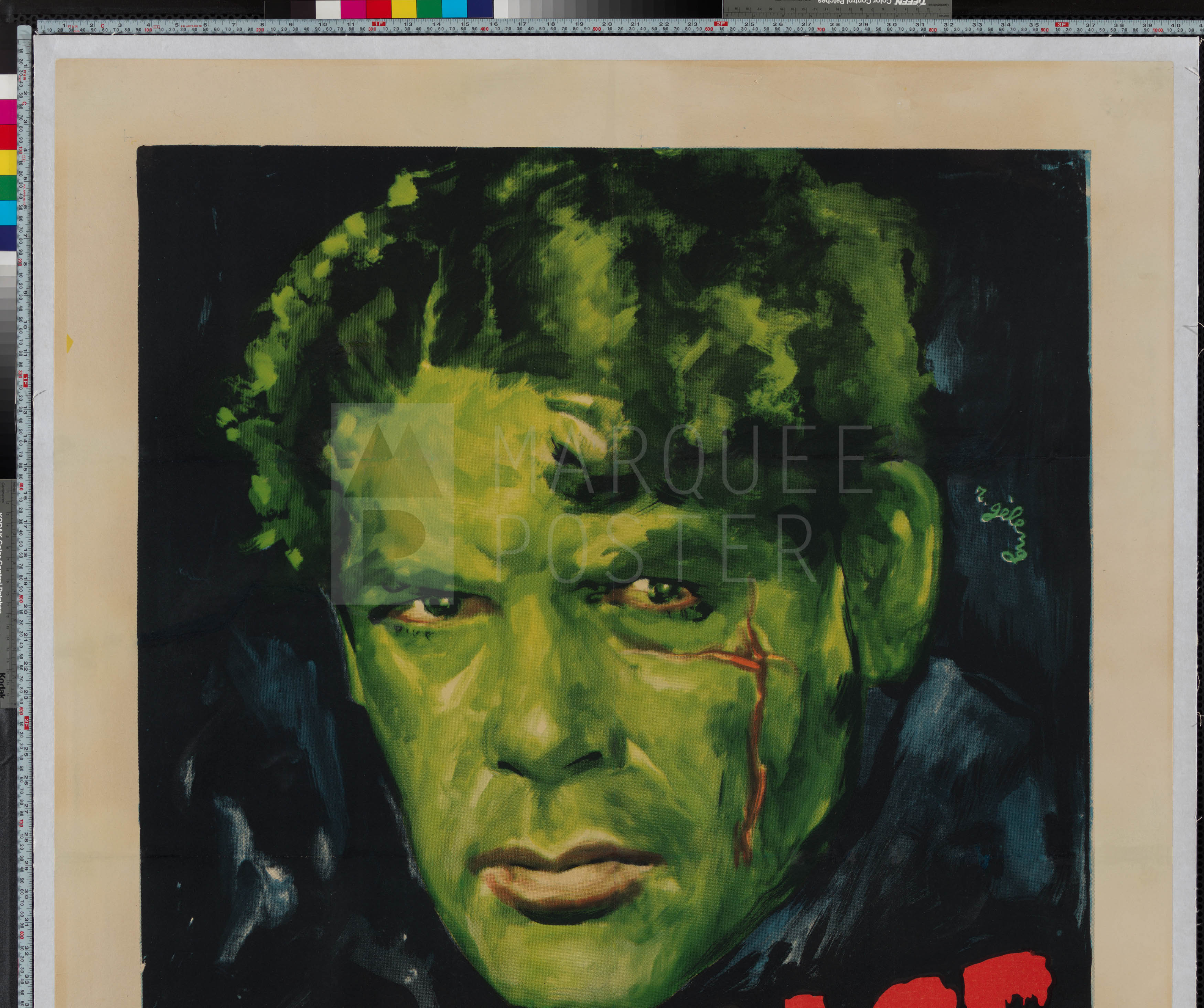 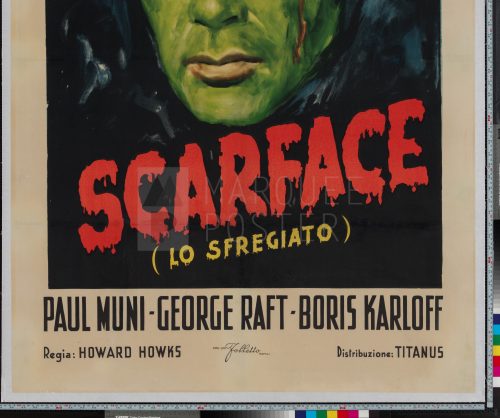