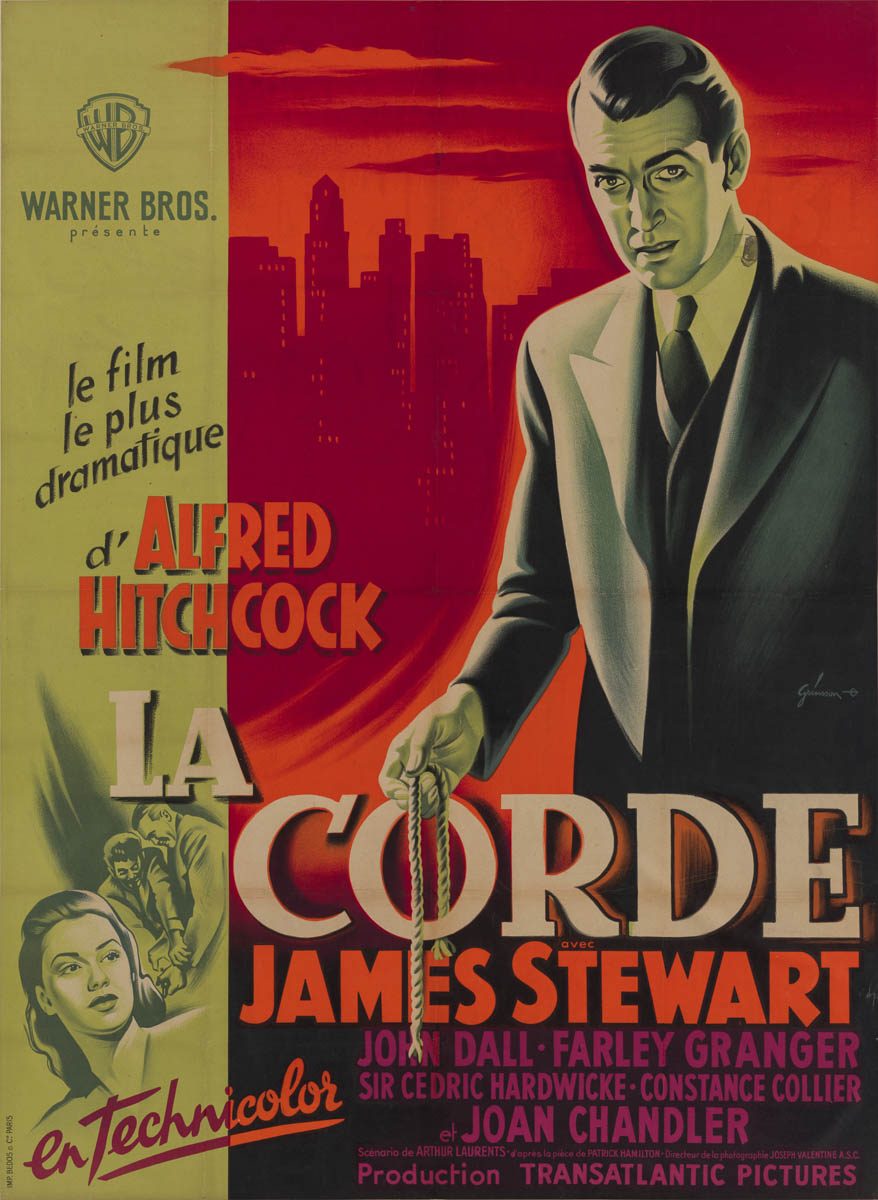 Grade: C6  Fine. Folded, single-sided. Prior to linen backing this was a theater used poster with minor handling/edge/fold wear, several pinholes in each corner, some edge/corner creases, some small edge/fold splits and cross fold separation, and the paper was a bit fragile with age. After expert restoration including small bits of paper replacement it now appears very fine to near mint.


Shot to look like one continuous take and using only a tiny set, Rope was dismissed by many as a gimmick at the time of it’s release. In Roger Ebert’s 1984 review, he quoted Alfred Hitchcock as saying “Rope was an ‘experiment that didn’t work out’, and he was happy to see it kept out of release for most of three decades.” However, Ebert claims that “Rope remains one of the most interesting experiments ever attempted by a major director working with big box-office names, and it’s worth seeing.” Today of course, movie-goers can appreciate the boundary pushing aspects of Hitchcock’s achievement and his inspiration on legions of filmmakers since. If he could have, Hitchcock surely would have attempted to shoot the entire film in a single continuous take. However, he was limited by the size the film magazines, which only held 1000 feet of 35mm film (roughly 10 minutes worth of footage). As a result, there are only 10 edits in the entire film and most are disguised to be unnoticeable to the viewer. And of course, this is Hitchcock we are talking about so in addition to the masterful technical aspects of the film, there is a gripping suspense film hiding underneath as well.

This French poster by Boris Grinsson features wonderful bold colors and an amazing portrait of James Stewart — one of Hitchcock’s few muses over the years. This rare poster would make a big impact in any room at nearly 5 feet tall! 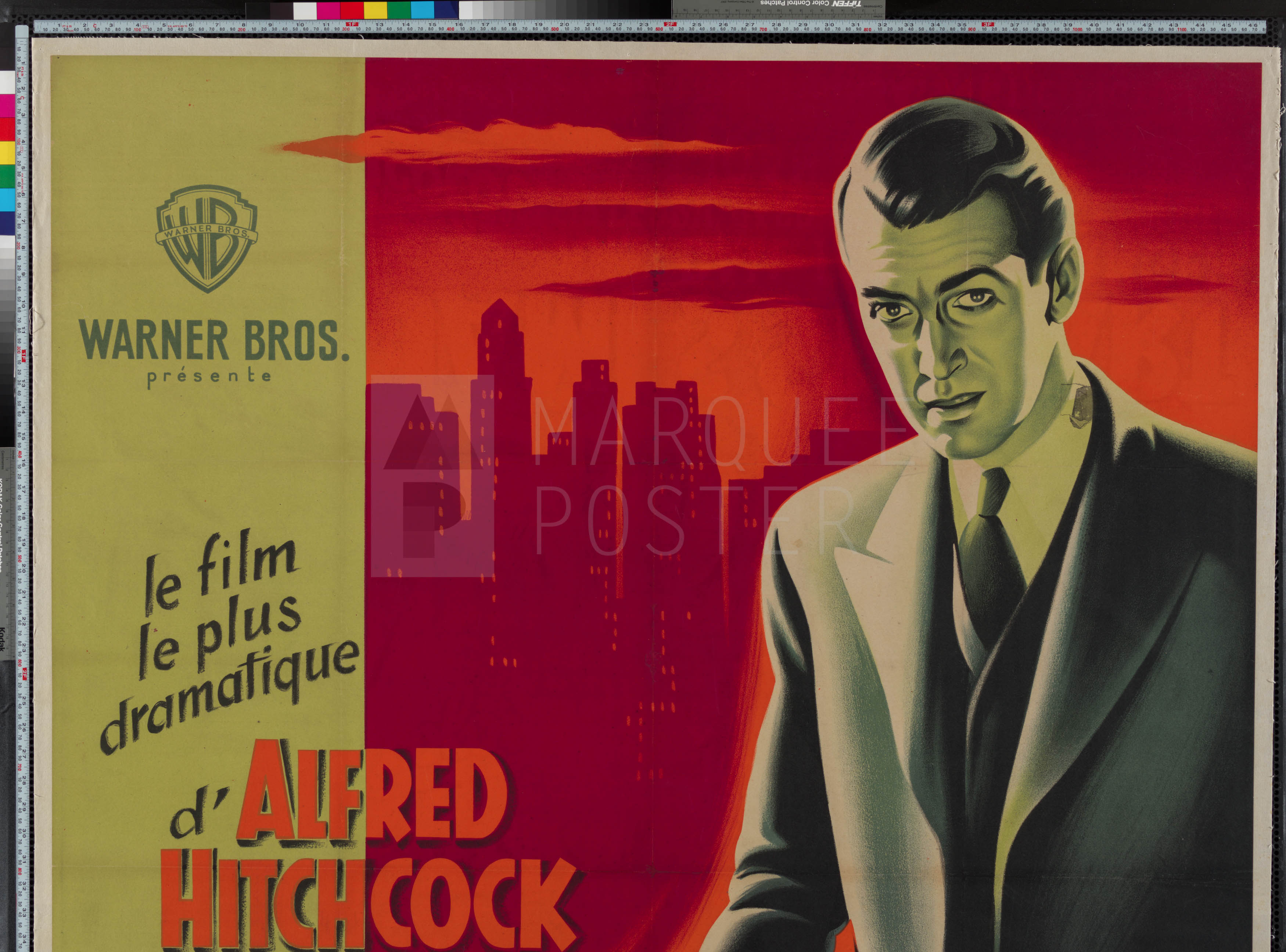 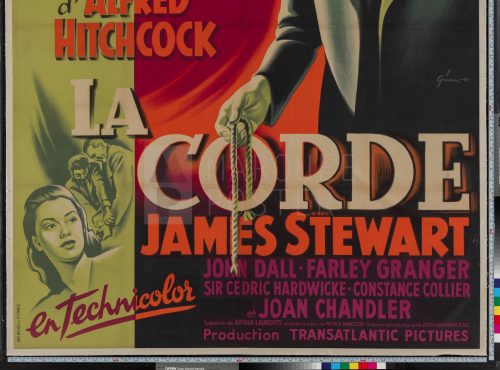