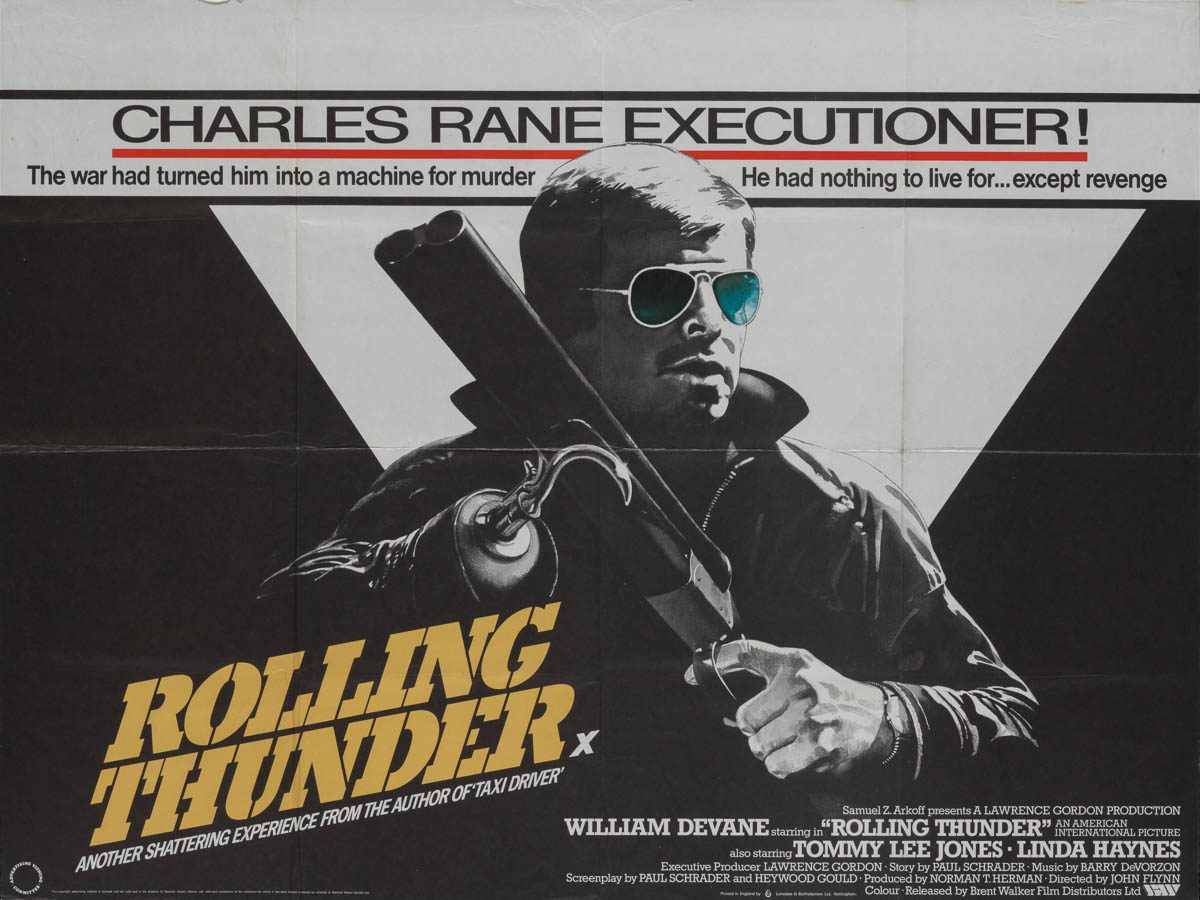 Film Plot: Major Charles Rane comes back from the war and is given a number of gifts from his hometown because he is a war hero. Some greedy thugs decide that they want to steal a number of silver ...


What’s not to love about this 70s exploitation film from Paul Schrader, the writer of Taxi Driver. Rolling Thunder is about Major Charles Rane, a prisoner of war, Vietnam vet and war hero who returns home to find his world turned upside down. What would you do if Texas mobsters raped your wife and put your hand in the garbage disposal? I’ll tell you what, you’d get yourself a hook and go find your old war buddy — Tommy Lee Jones — to help whoop their asses! Rolling Thunder left a big mark on the exploitation genre and has a strong cult following today. It even inspired “Rolling Thunder Pictures” a distribution studio setup by Quentin Tarantino to release independent, cult, or foreign films to theaters.

With raw pulp material like that, it’s not surprising that there are many awesome posters for this film. However, the scarce UK quad has it’s own special attraction. 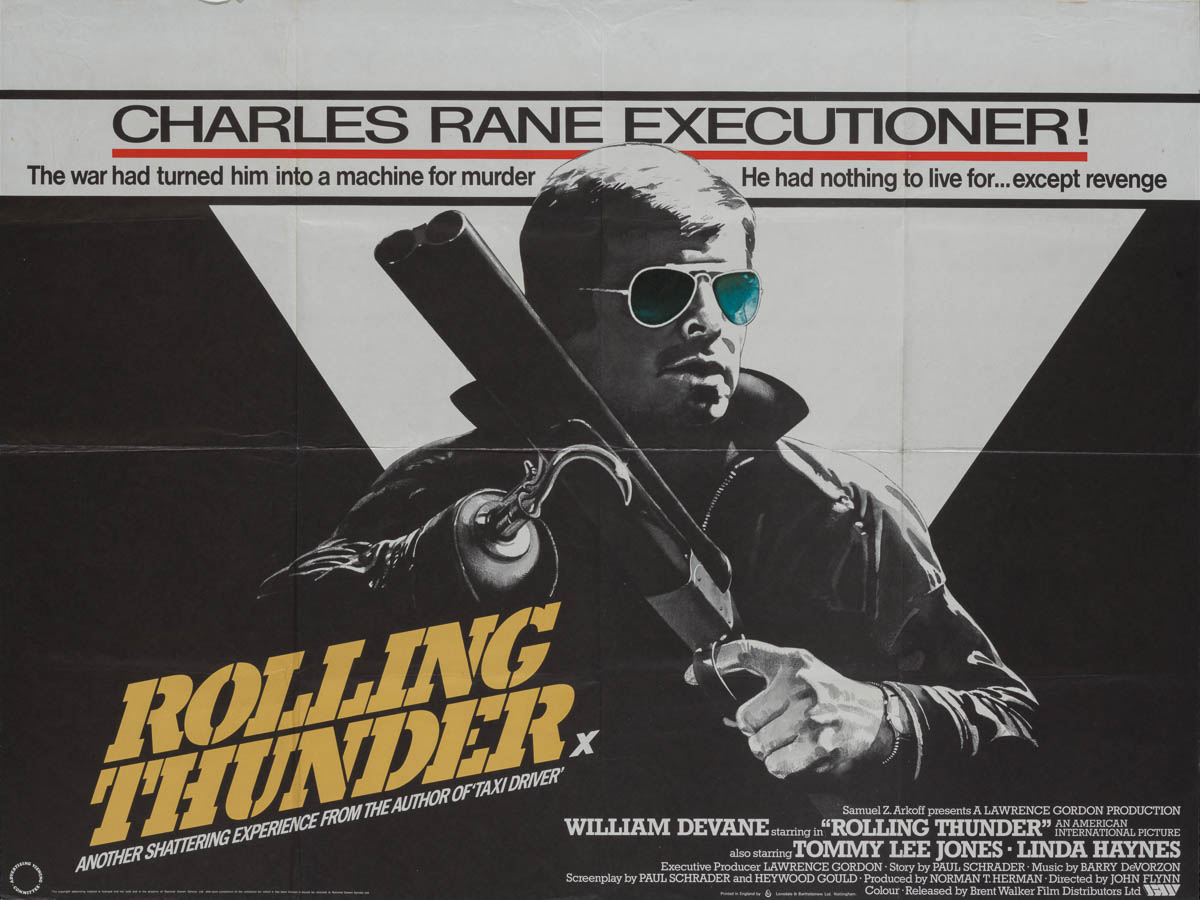 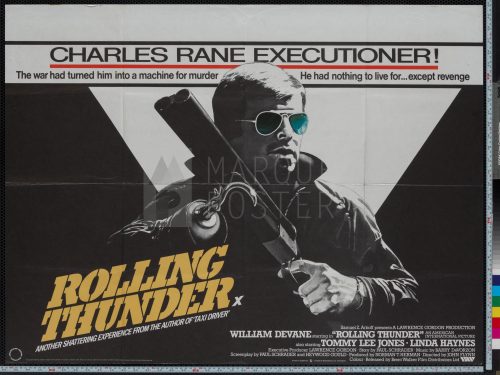 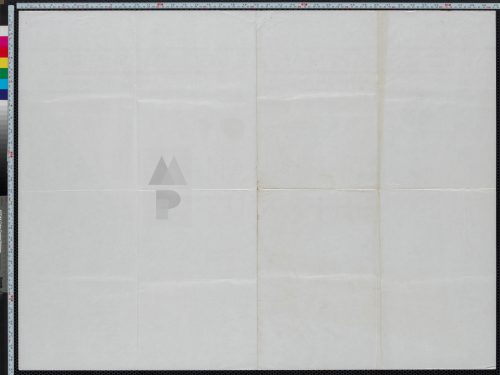