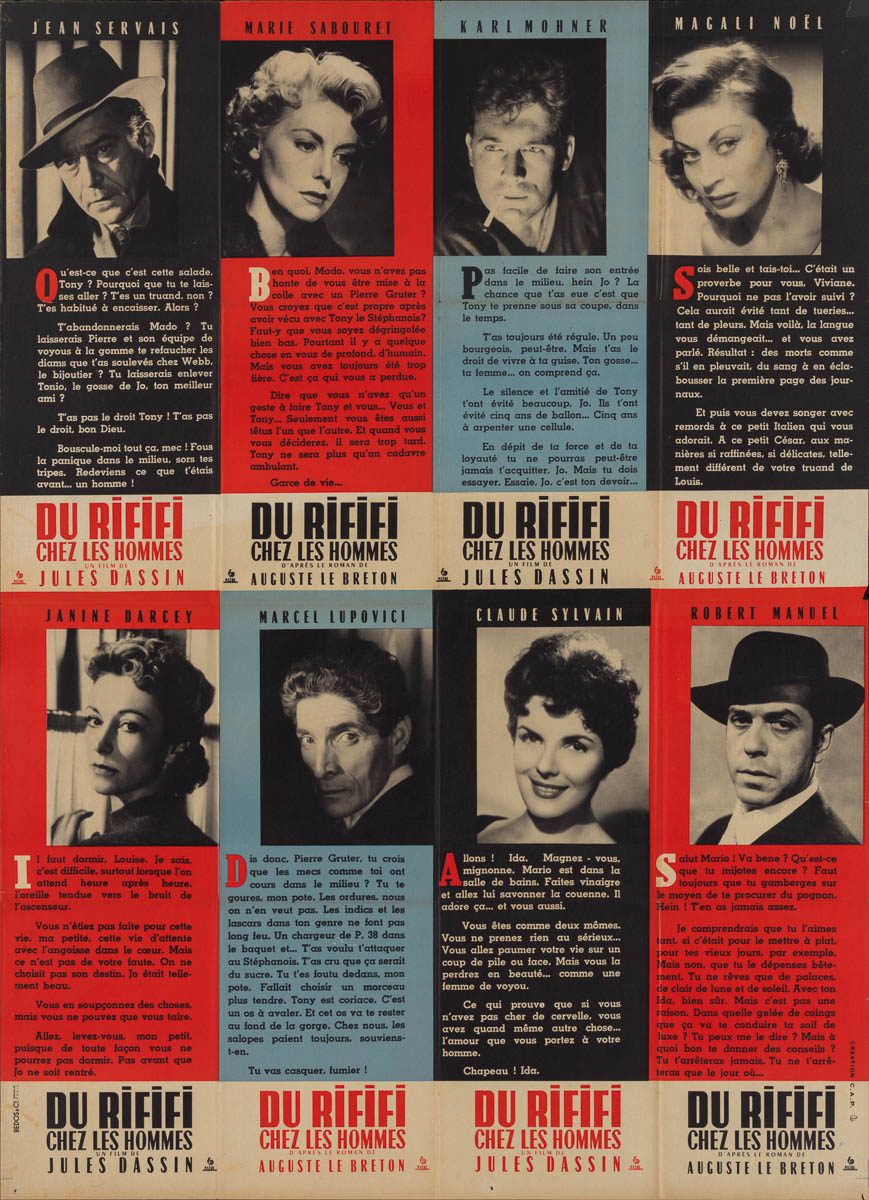 Grade: C7-C8  Fine to Very Fine. Folded, single-sided. Theater used poster with minimal handling/edge/fold wear, slight cross fold separation in places (common on these large French posters with so many folds) and some light acid-tanning. Remarkable, unbacked condition for a French poster of this vintage!


Rififi is one of those rare near-perfect films. Jules Dassin was already well known for directing amazing film noirs in the US before his career was derailed by a Hollywood Blacklist. While no doubt a traumatic experience for him, being forced to move to Europe to continue working seems to have inspired him to create his masterpiece! Rififi — the centerpiece of which is a 30 minute heist scene depicting the crime in intricate detail, shot in real time and in near silence, and without dialogue or music — had small initial release, but it quickly wow’d the critics and earned Dassin the best director prize at the Cannes Film Festival. Notoriously harsh critic François Truffaut heaped praise on the film, stating that “Out of the worst crime novels I ever read, Jules Dassin has made the best crime film I’ve ever seen”. Rififi has gone on to inspire countless films and filmmakers including, Kubrick’s “The Killing”, Tarantino’s “Reservoir Dogs”, and perhaps most notably Soderbergh’s “Ocean’s 11.” The process-oriented film was so intricate in detail that the film was banned in multiple countries for inspiring similar real-life heists!

Rififi posters are highly sought after and first release material is extremely scarce — especially country-of-origin French posters like this character 1-panel. This poster rarely surfaces and features all the sordid characters from the film. A hugely important poster and title in the heist/film noir genre. 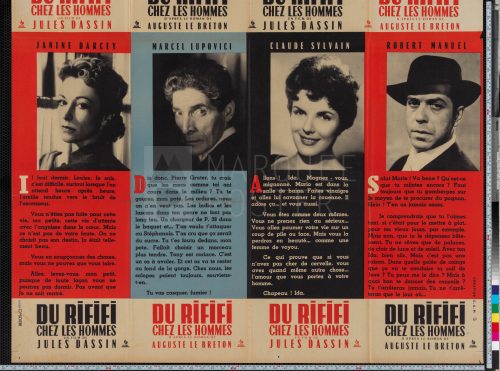 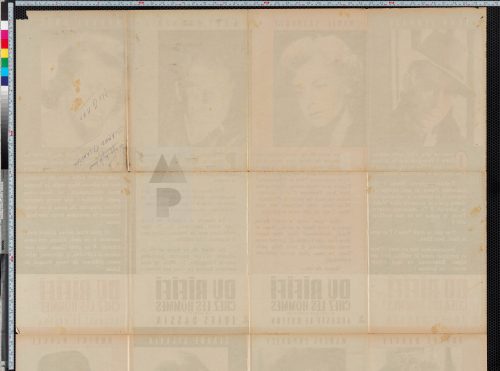 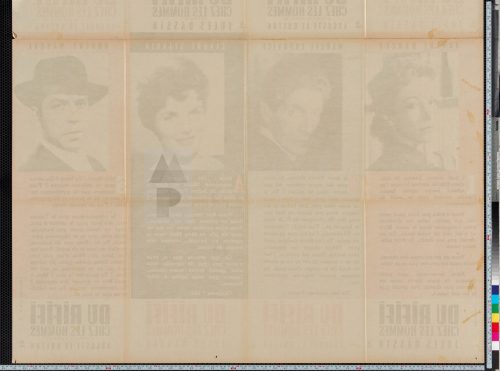