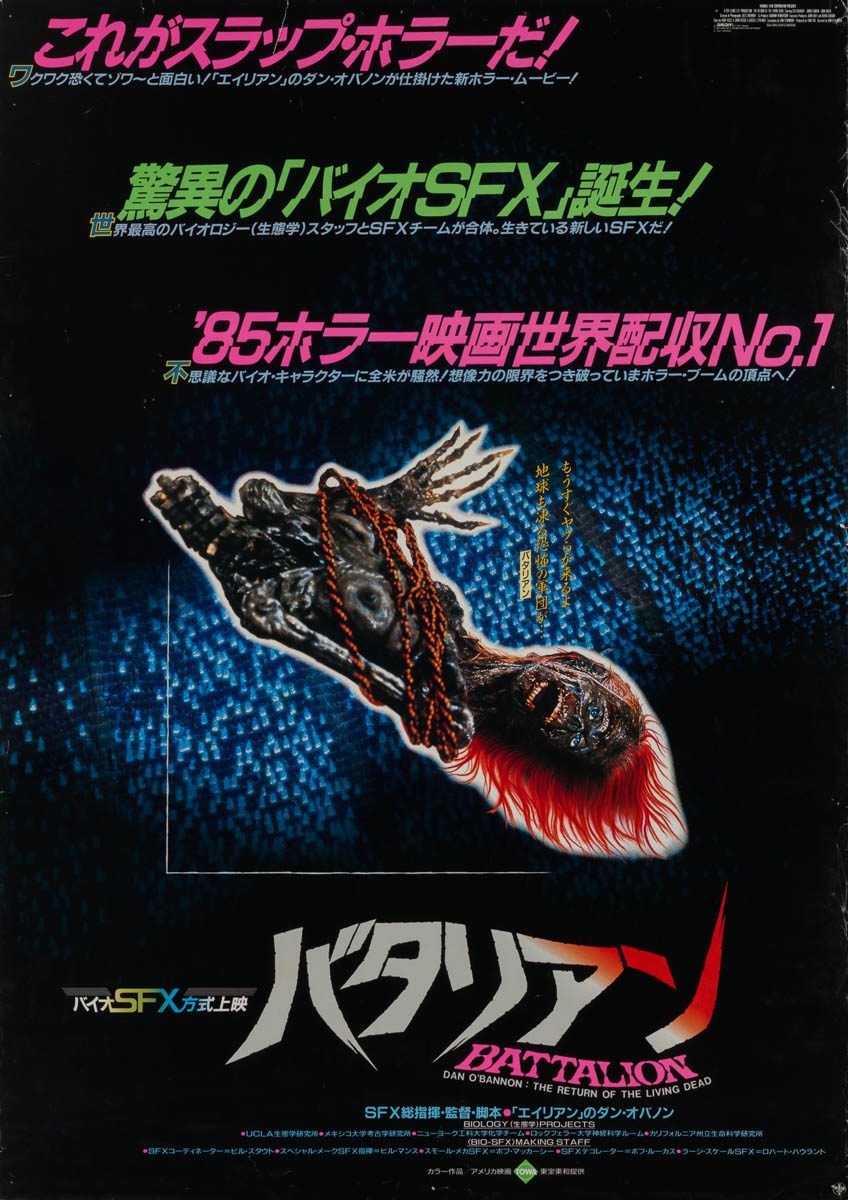 Return of the Living Dead

Film Plot: When two bumbling employees at a medical supply warehouse accidentally release a deadly gas into the air, the vapors cause the dead to rise again as zombies.


Return of the Living Dead was the brainchild of Dan O’Bannon — who originally got his start working with John Carpenter on Dark Star and later broke out wide after writing Ridley Scott’s Alien. He was very aware that George Romero had strong claim to the “zombie” genre, so he wanted his film to be much more comedic in nature. Of course, it’s now a cult favorite to horror fans everywhere.

This Japanese B1 is crazy rare in this size. It also offers a unique and totally-1980s design not found anywhere else. 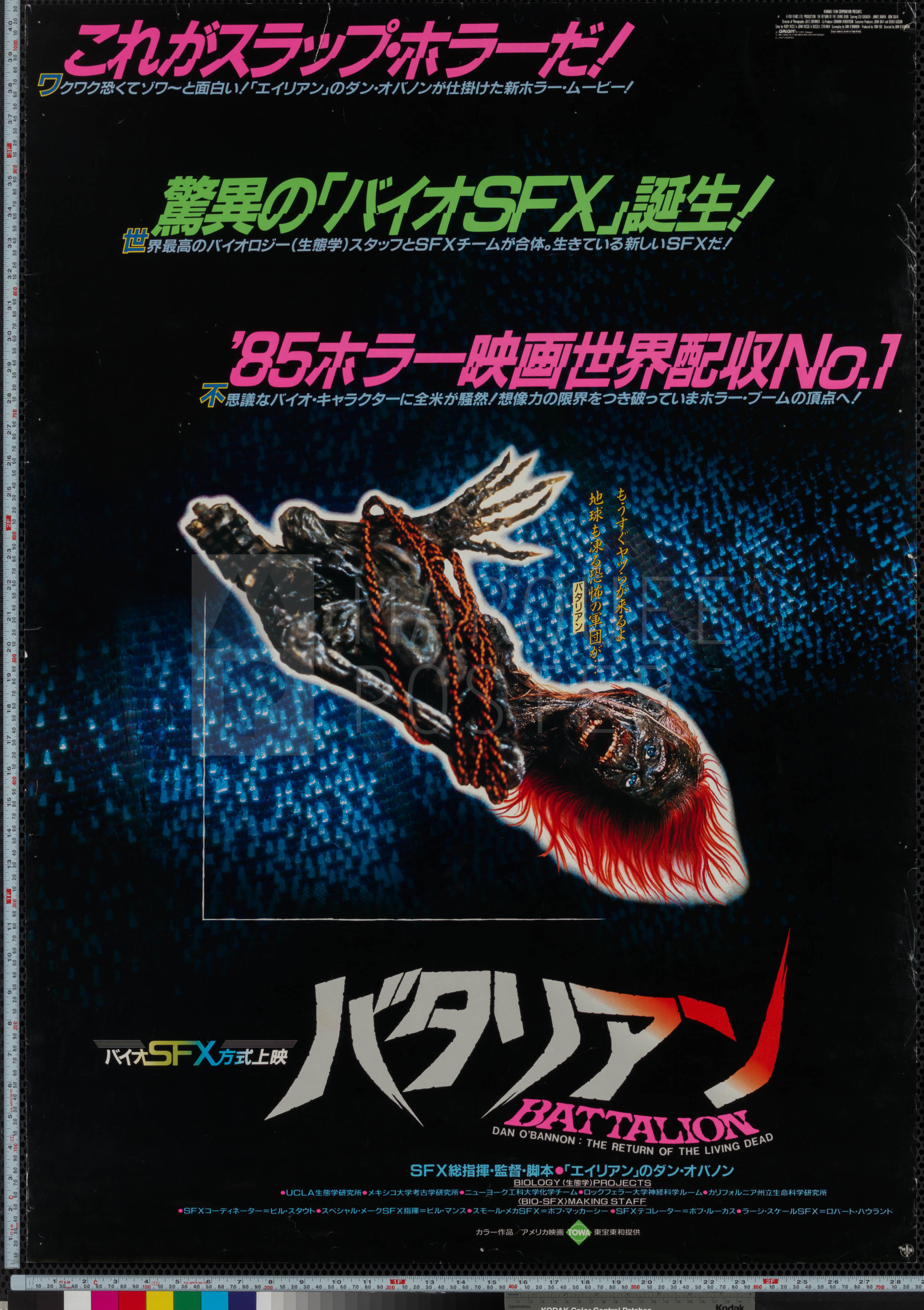 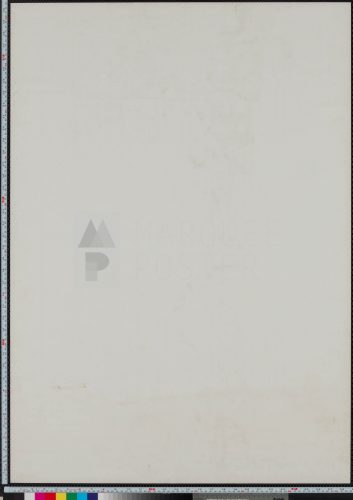