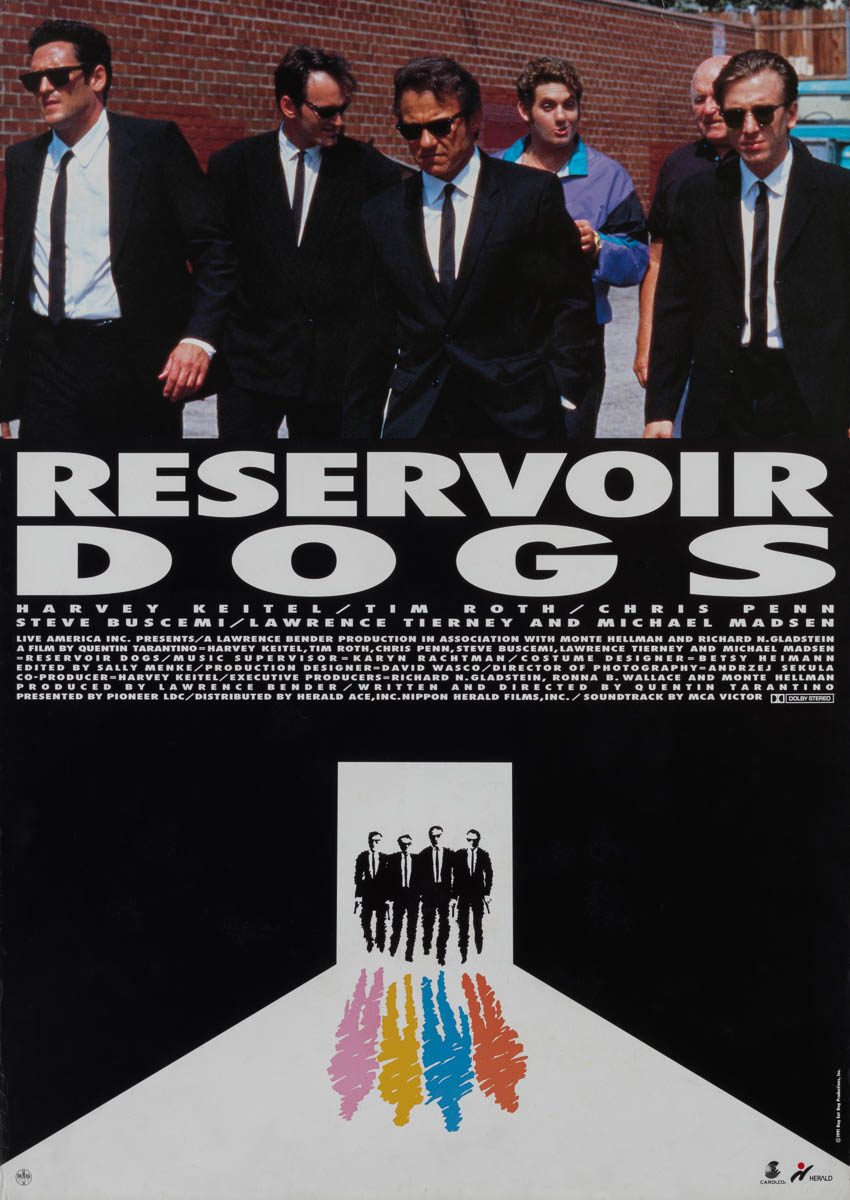 Film Plot: After a simple jewelery heist goes terribly wrong, the surviving criminals begin to suspect that one of them is a police informant.

This incredibly rare Japanese B1 poster uses the same Marc Zaref art and design as the Cannes Film Festival promotional campaign poster before the film was picked up for distribution by Miramax. It is also one of the nicest posters for the film and lacks pretty much any Kanji — one could easily mistake this for an English-language design. 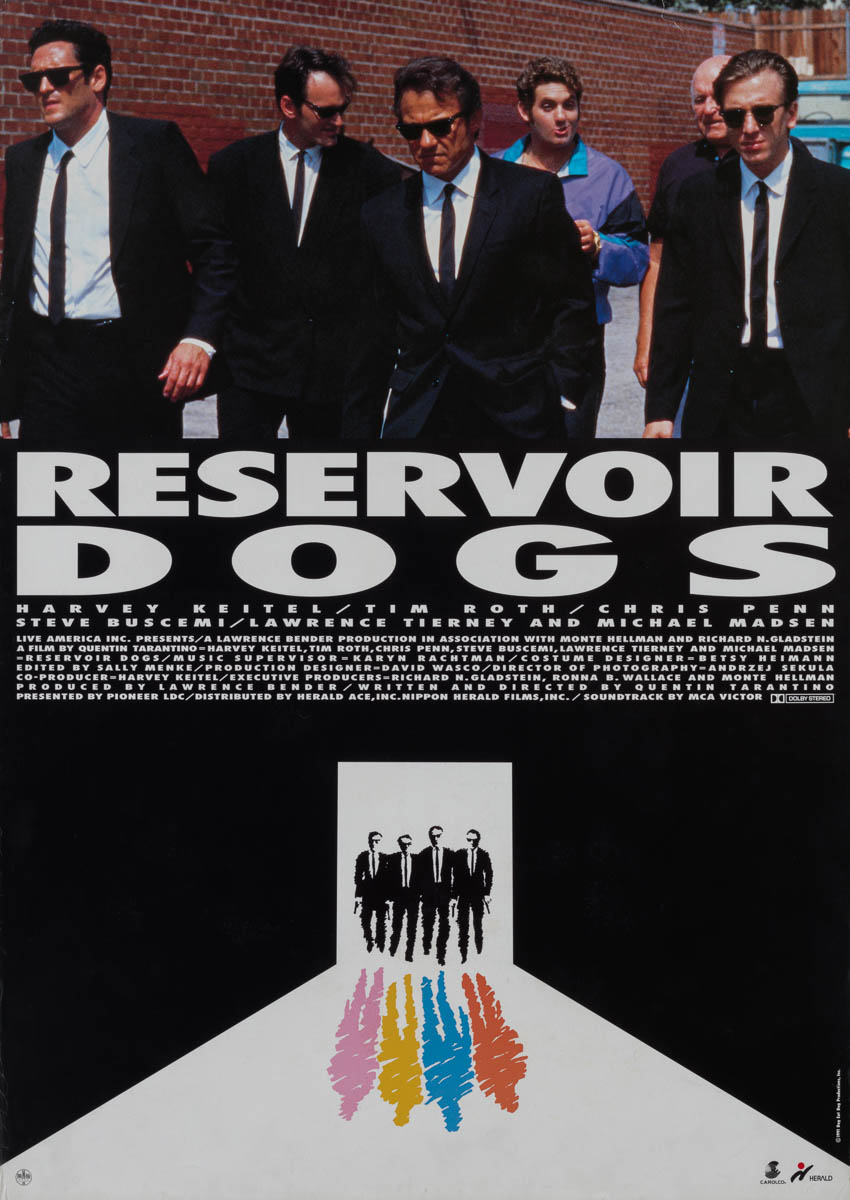 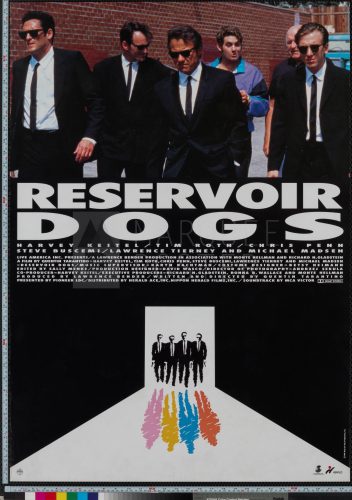 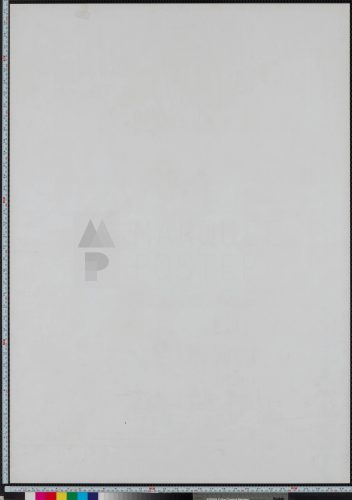