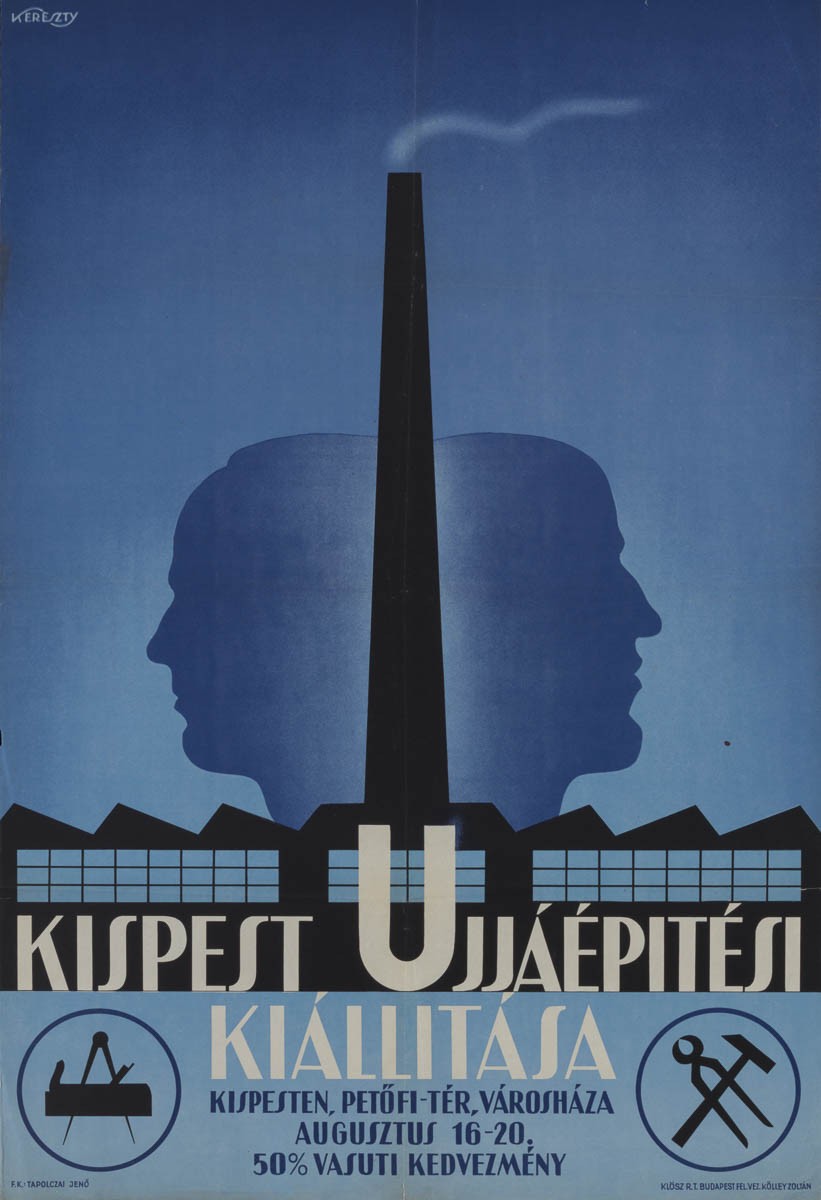 
Most people don’t realize it, but Budapest was originally two different cities — Buda on the west bank of the Danube River and Pest on the east bank. They were officially unified as a single city in 1873, but in many ways they are still unique. This beautiful poster celebrates the post-war redevelopment of Kispest, which at the turn of the 19th century had been a sleepy farming community of several thousand people on the outskirts of Pest. However, by 1947 the population had exploded and only a few years after this redevelopment exhibition Kispest was officially re-zoned as the 19th district of Budapest.

This reconstruction poster has a goregous design that combines elements of constructivism, Bauhaus and mid-century modernism. This post-war Hungarian poster is extremely scarce and this particular print came out of a print and design museum that recently closed it’s doors. Once this is gone don’t expect another one to surface anytime soon. 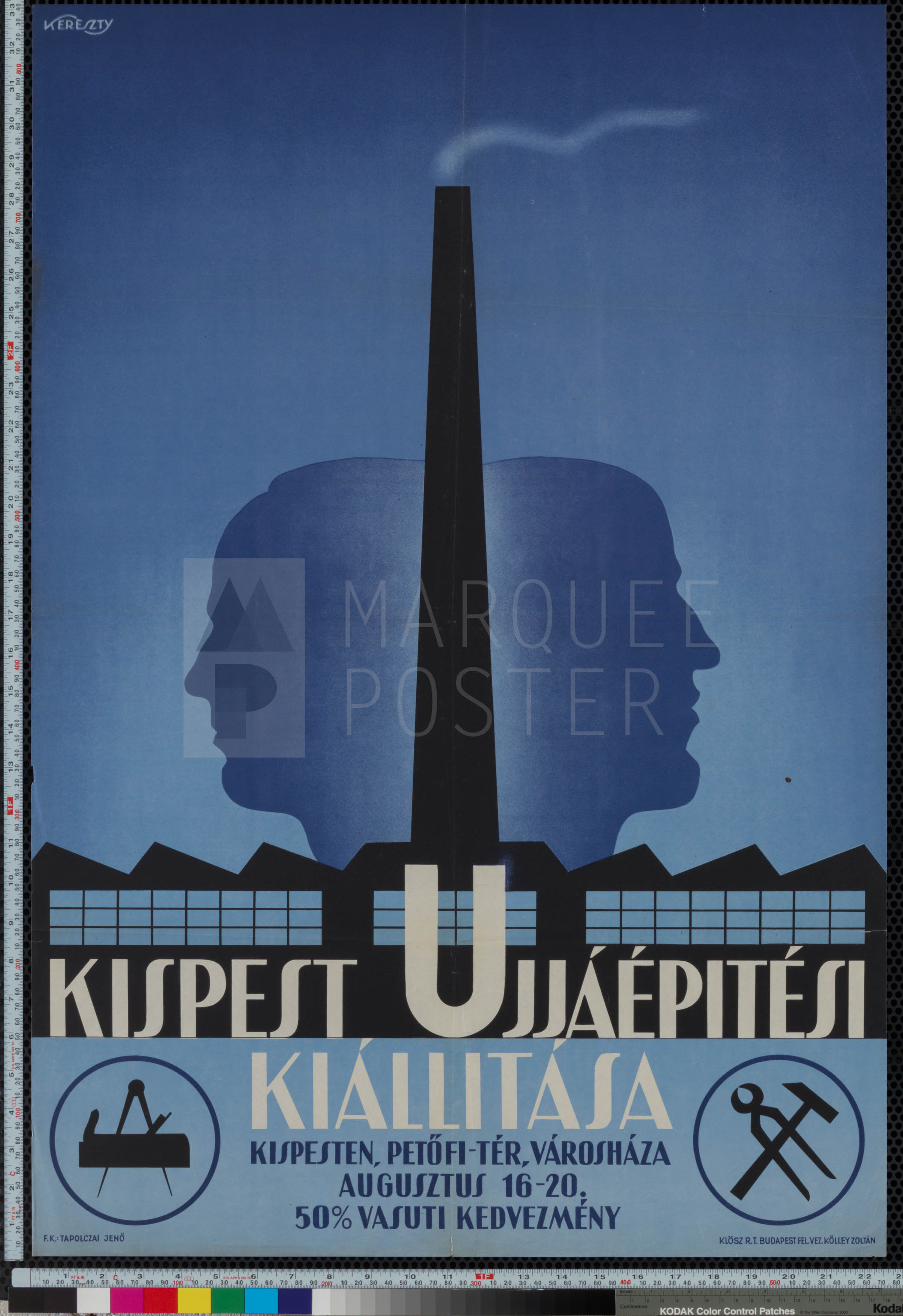 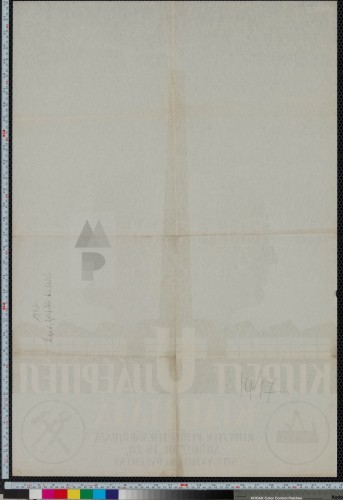