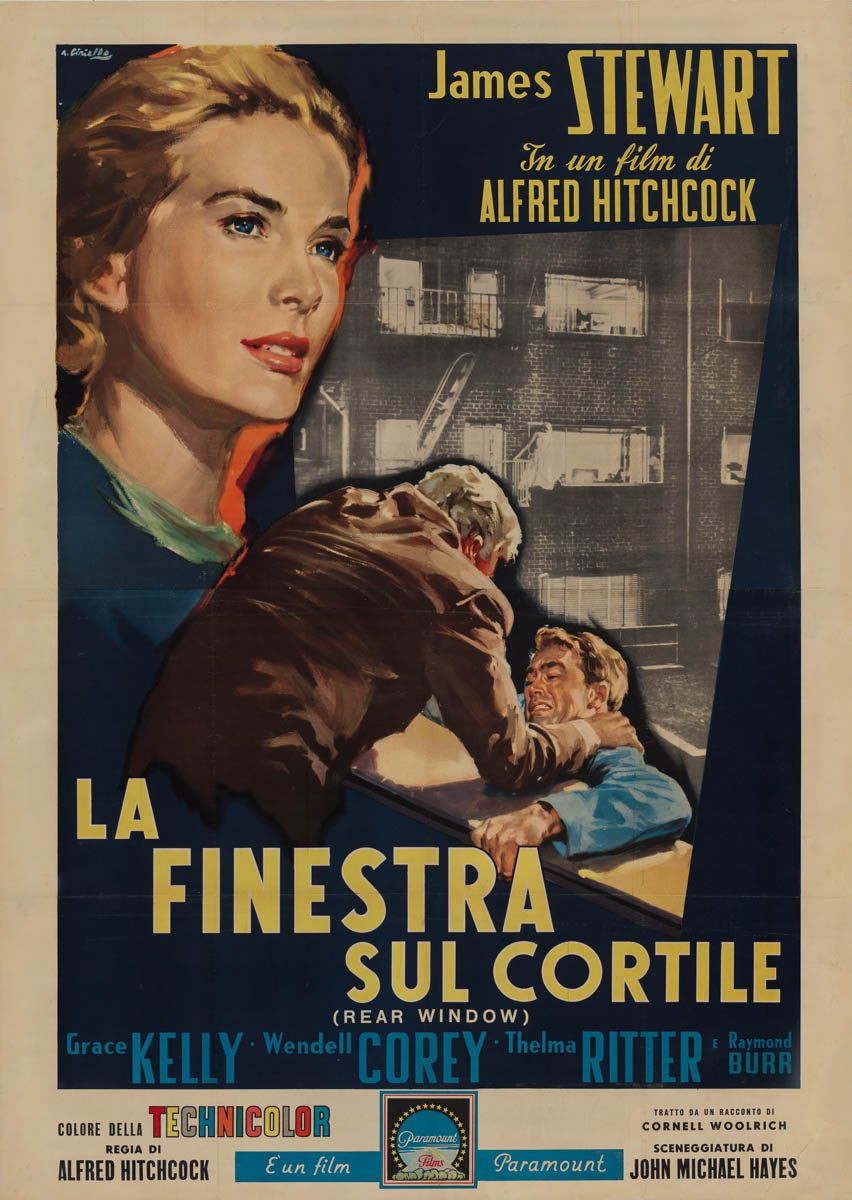 Film Plot: A wheelchair-bound photographer spies on his neighbours from his apartment window and becomes convinced one of them has committed murder.

Grade: C7  Fine to Very Fine. Folded, single-sided. Prior to linen-backing this was a theater used poster with minor handling/edge/surface wear, pinholes in the corners, and a small hole in the left border, now appears very fine.


Rear Window was yet another masterpiece from Alfred Hitchcock, the master of suspense. Hitchcock had collaborated with both lead actors in previous films, Grace Kelly in Dial M for Murder and James Stewart in Rope. However, both were smaller scale, more experimental films (at least for Hitchcock) and it wasn’t until Rear Window that they had a certifiable hit. Today Rear Window is still widely celebrated by critics and audiences alike. It’s #42 on the AFI’s top 100 films list and #14 on their top suspense films.

This first release Italian 4-foglio is absolutely huge and very rare to boot. The portrait of (Princess) Grace Kelly by Averardo Ciriello is simply stunning as well. This poster would make an incredible impact in any room. 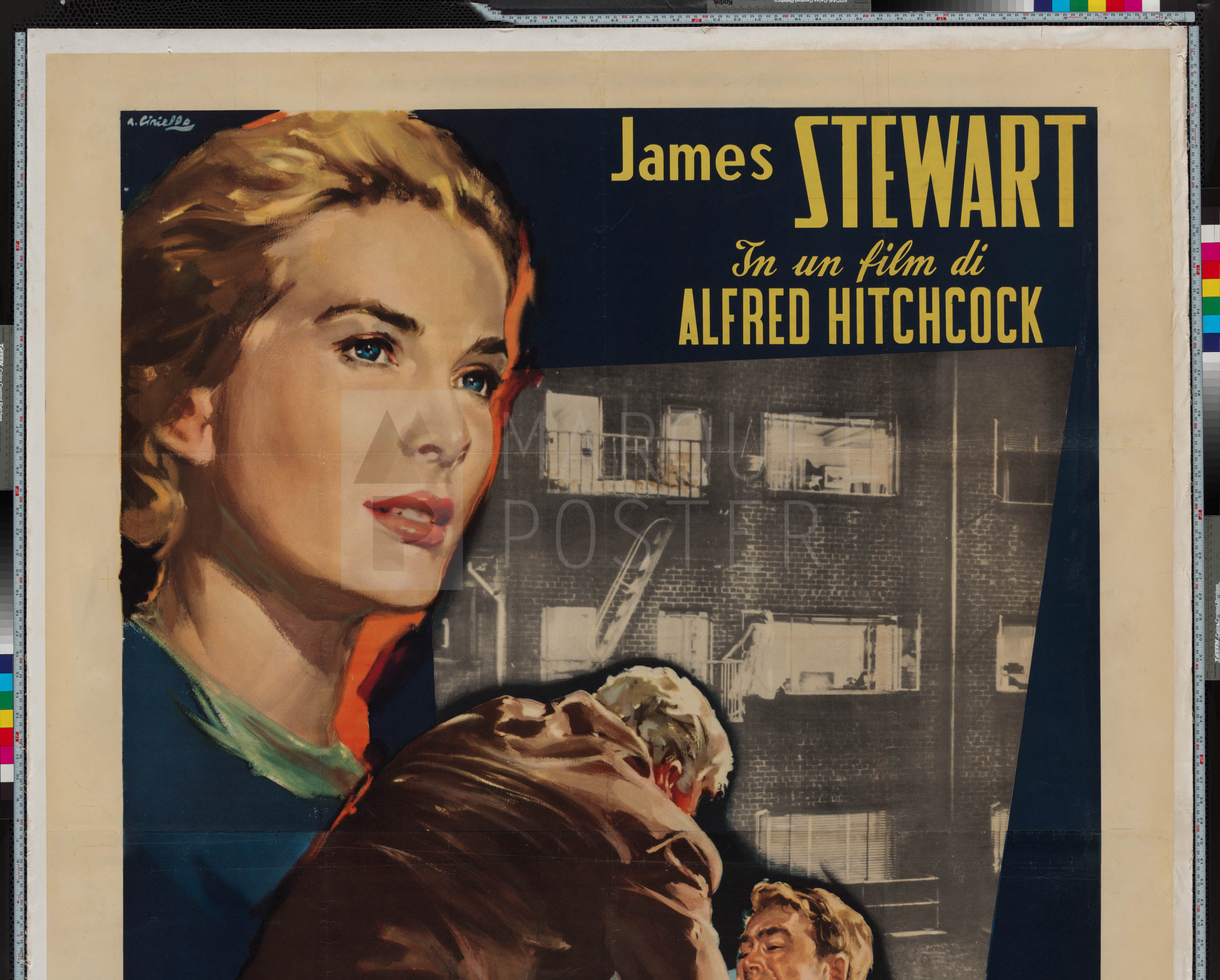 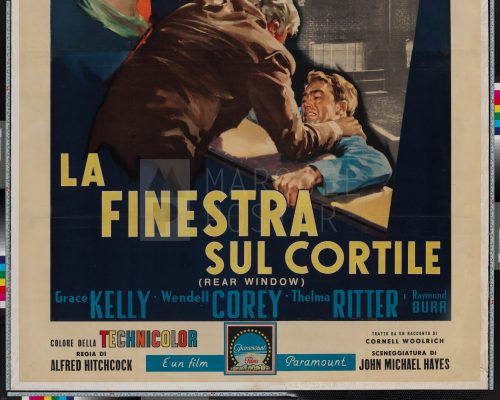