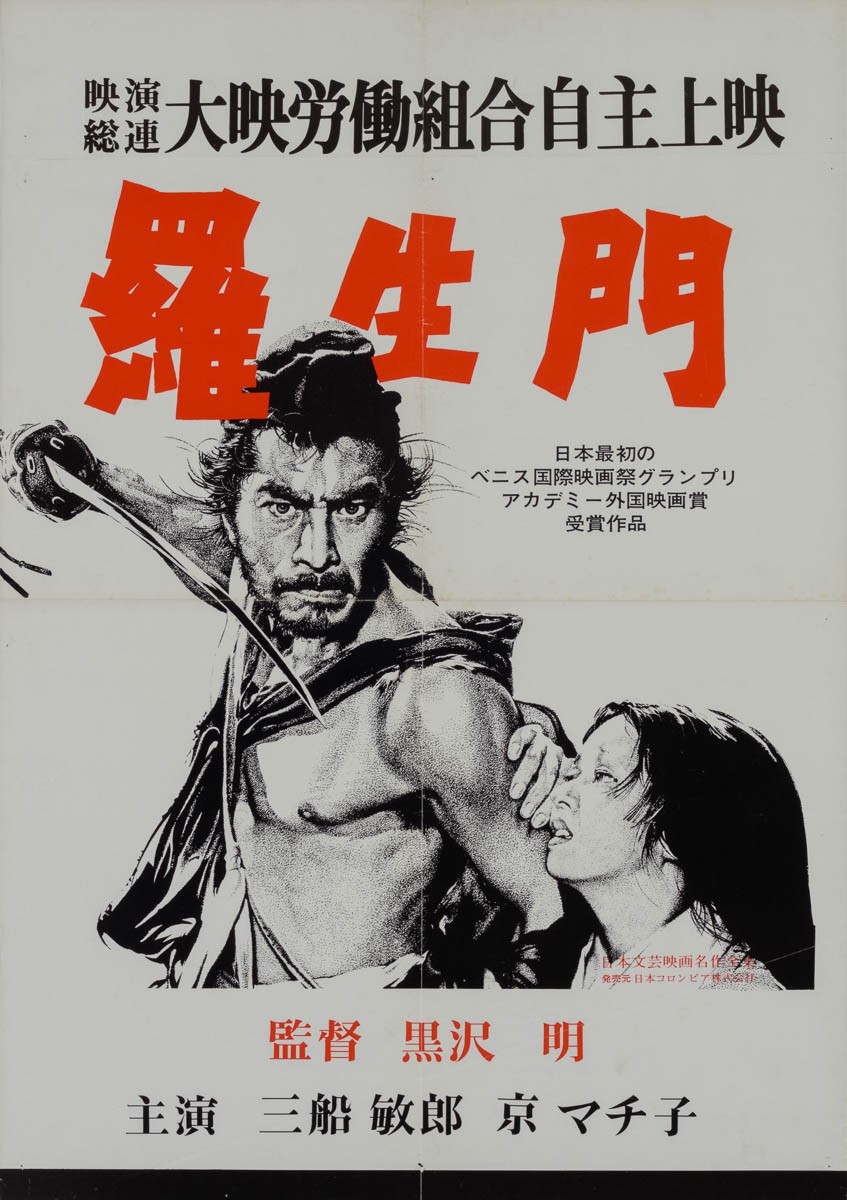 Film Plot: A heinous crime and its aftermath are recalled from differing points of view.


Rashomon is one of the most important and influential films in the history of cinema. It redefined the narrative structure of film, re-telling the same tragic event from the perspective of four different witnesses — showing how ego, deception, bias and perception enter into the various accounts. Its influence has transcended film into the worlds of journalism and criminal justice where the “Rashomon effect” is now a widely accepted phenomenon calling into question the reliability and contradictions of even first-hand witnesses. This film ranks right alongside other ground-breaking films including Birth of a Nation, Citizen Kane and Breathless.

This early 60s re-release poster uses a very effective, mostly black & white design. It’s hard to believe that this poster is already over 50 years. It would look particularly nice in along side mid-century modern decor. 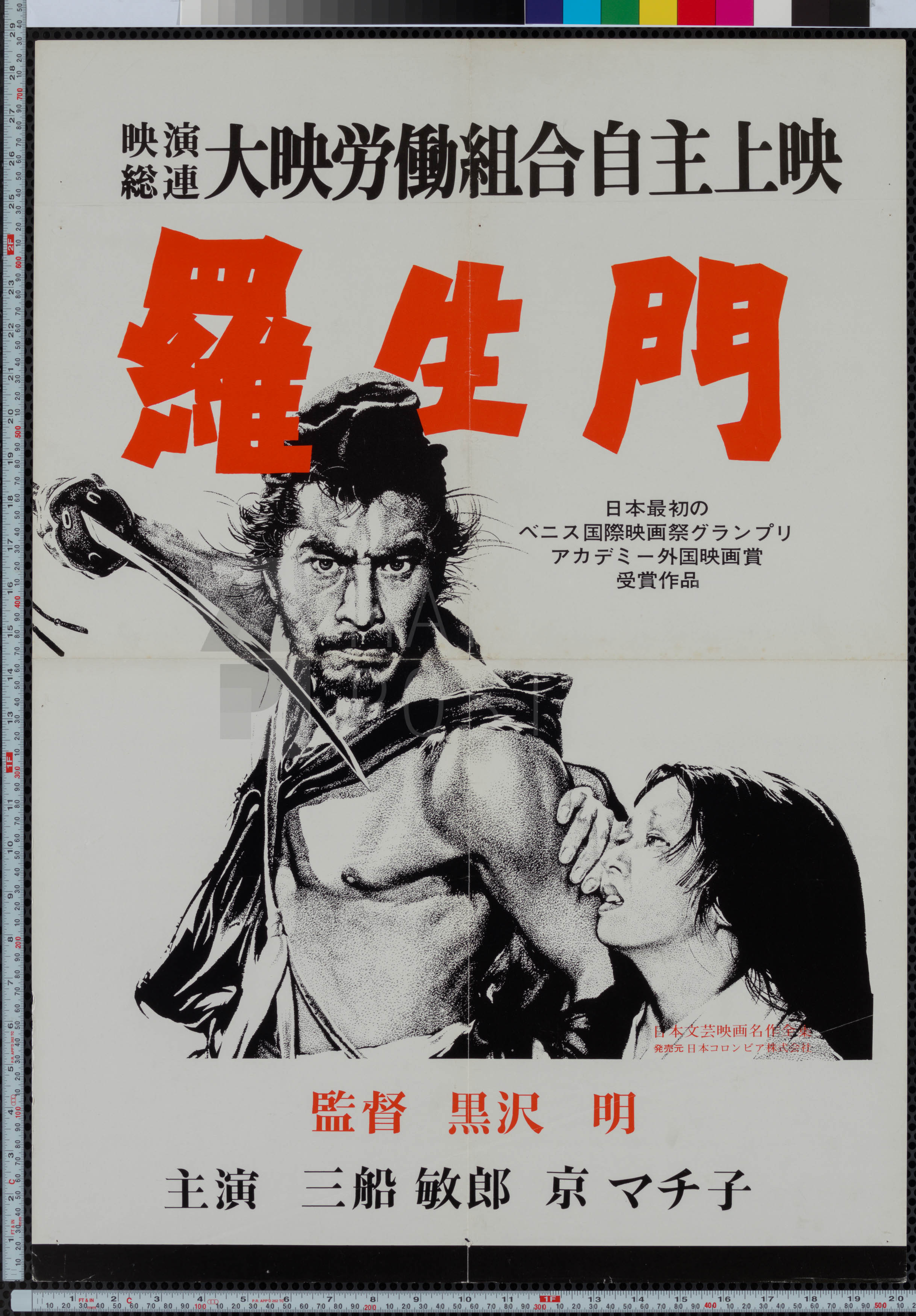 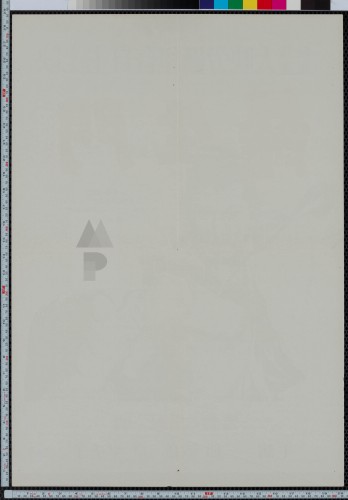