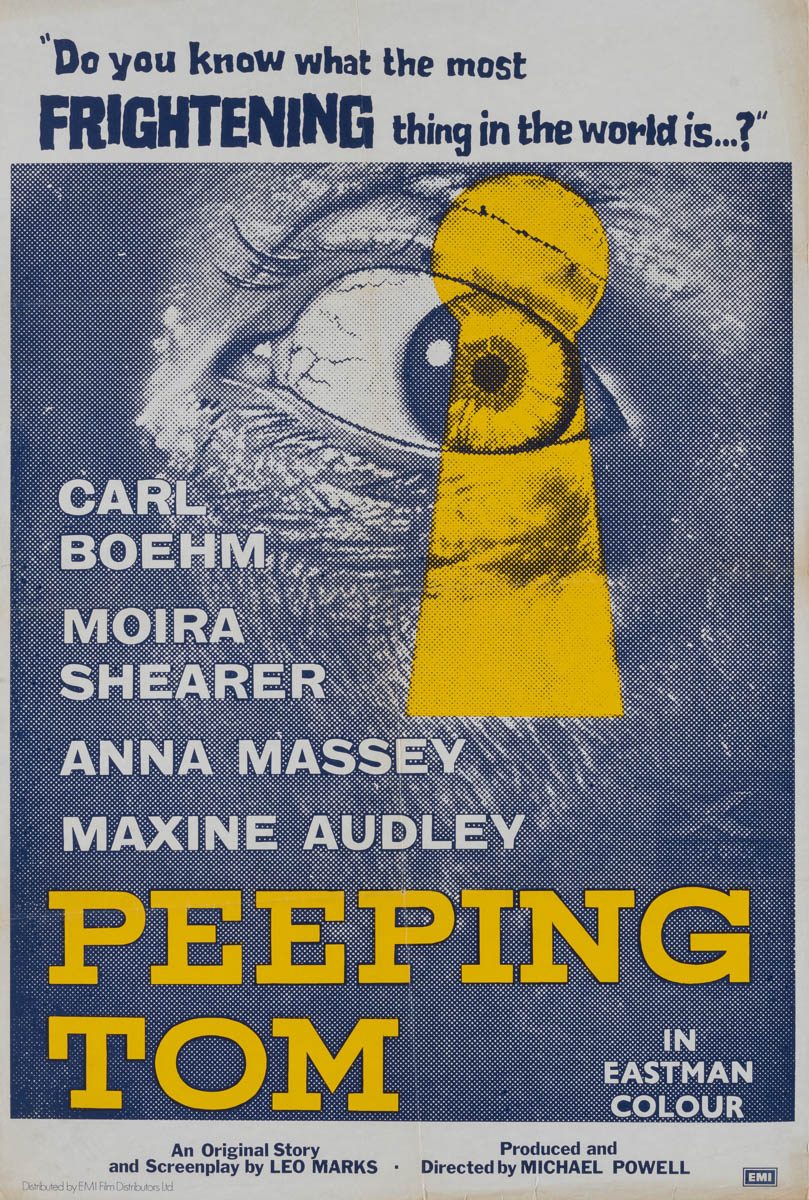 
Peeping Tom is about a serial killer who murders women while using a movie camera to record their terror at impending death. Given that this film came out in 1960, the controversial subject matter and terrible reception from critics effectively destroyed Michael Powell’s directing career. This quite at odds with Psycho, which was released only two months later to great fanfare — despite having very similar shot-from-the-perspective-of-the-killer scenes that Powell was criticized for. Hitchcock was of course celebrated and Psycho has been a horror staple to this day. In the 1970s film school greats like Martin Scorsese and Francis Ford Coppola began the movement to save the film’s reputation. After lingering for decades with the “cult favorite” label, it is now considered a horror masterpiece. Sadly, this all happened too late to save Michael Powell’s career!

This country-of-origin English 1-sheet used a blow-up of the original quad art as a source image, likely to save design costs. However, with its big chunky halftone dots, the result is a great pop art feel on this extremely rare poster. 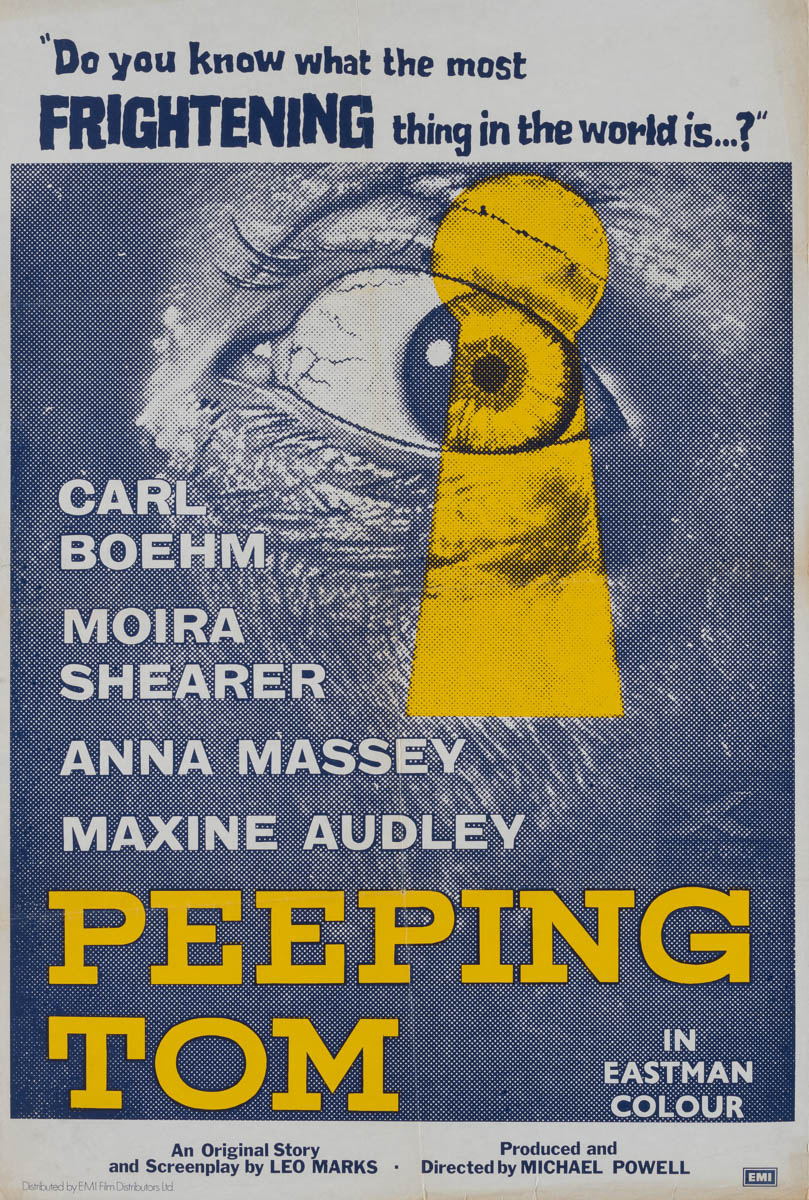 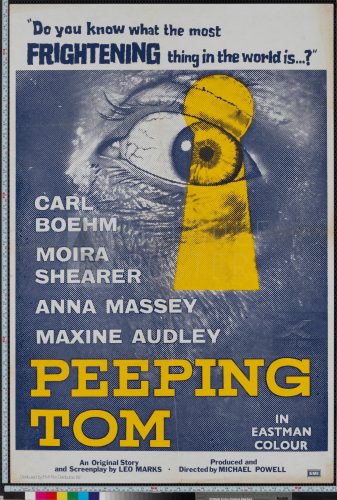 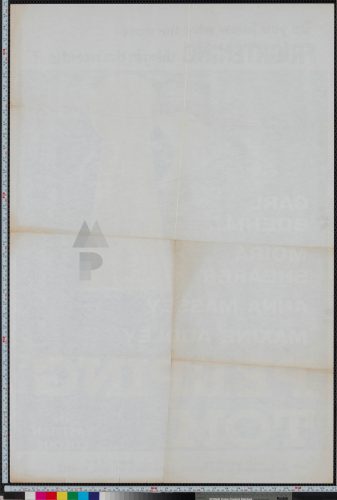