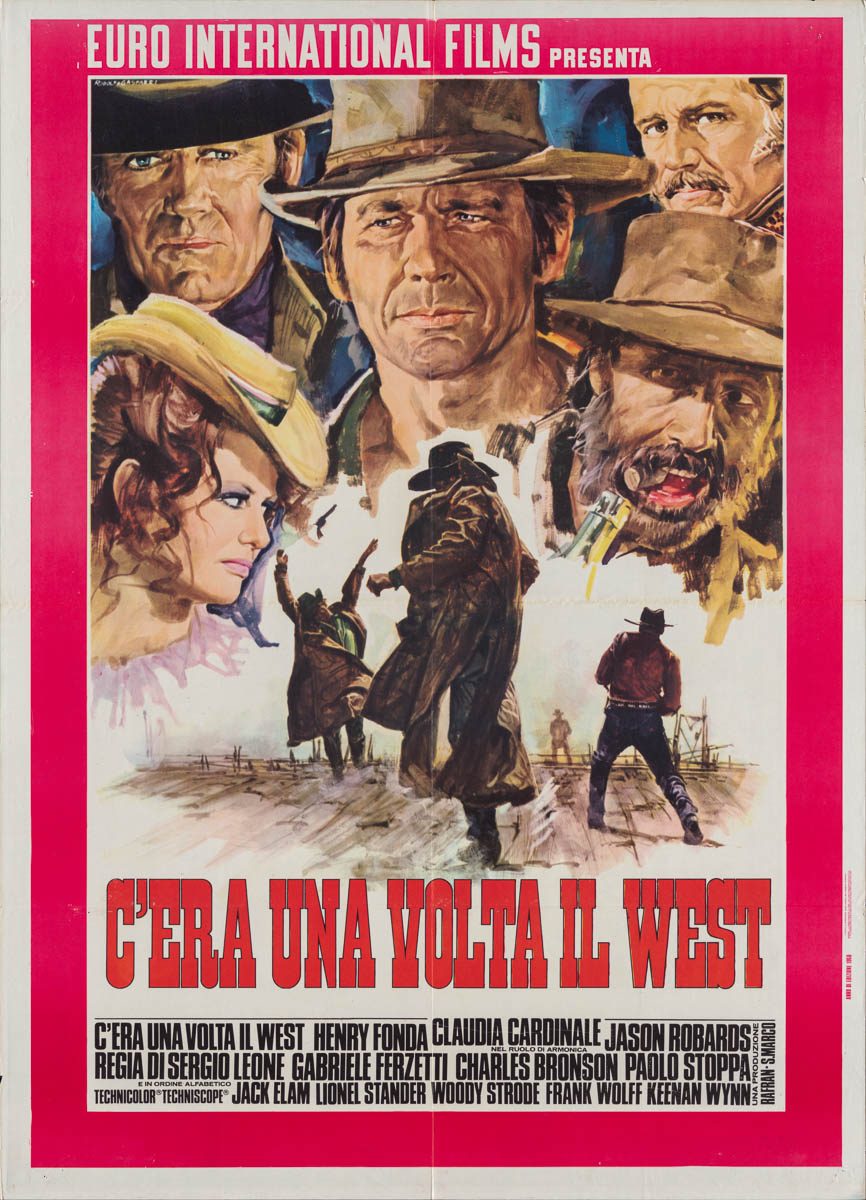 English title: Once Upon a Time in the West

This country-of-origin Italian poster is very rare and features wonderful art of all the principal cast members from Rodolfo Gasparri. This “pink border” style is from the rare 1st printing. As word of a mouth spread later in the distribution cycle, another identical poster was printed with a dark brown border — perhaps to give it a more “western” feel! Both styles are rare, but particularly this pink border poster in such nice condition. 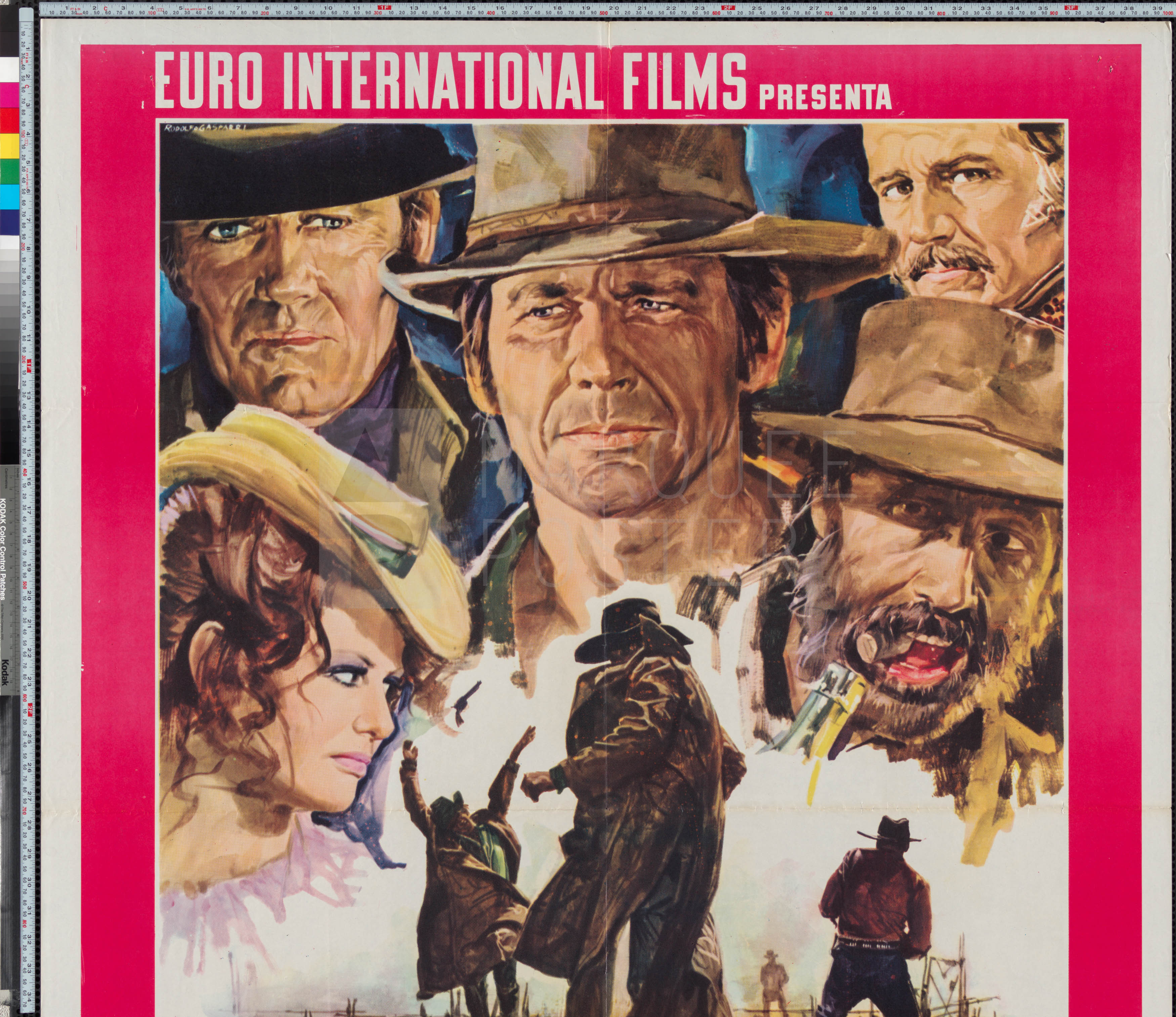 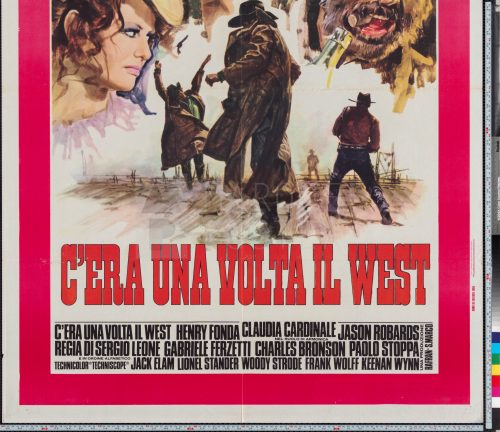 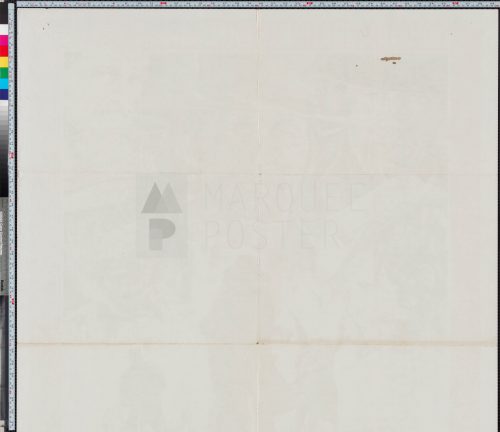 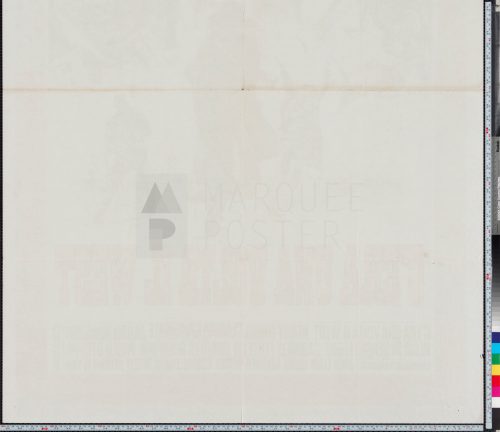