North by Northwest was such a popular film that it got a worldwide re-release in 1966, just 7 years after its premiere. The re-release posters offer some of the best paper for the film because — let’s just cut to the chase — designers could fully utilize the amazing the crop duster imagery! During the first release none of the core US artwork featured the crop duster scene. A few months later when the film was released in France, Belgium and Italy designers began to include it, but it wasn’t until the 1966 re-release that it became central to the promotion of the film. This awesome Japanese STB stands nearly 5′ tall and, due to the slender format, uses a close up of the crop duster shot. The tight framing gives a much more intense feel than most designs — it is truly one of the best posters for this Hitchcock classic. 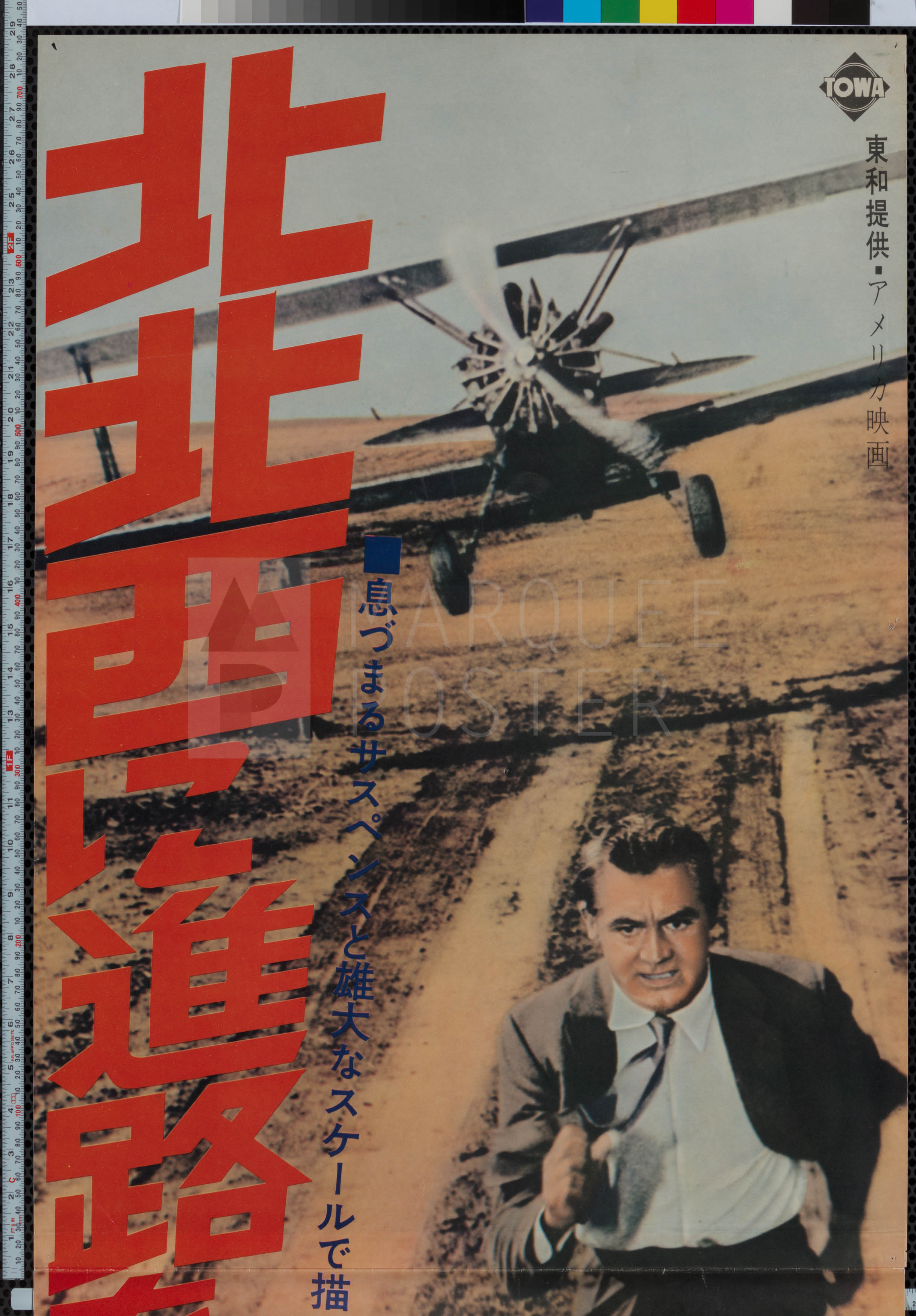 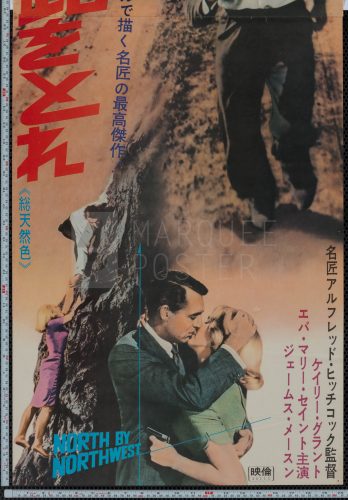 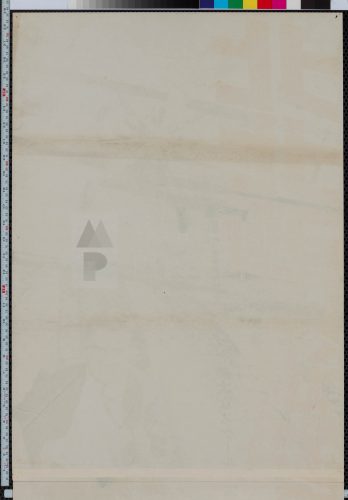 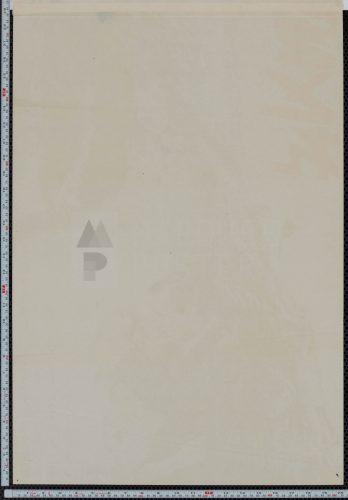