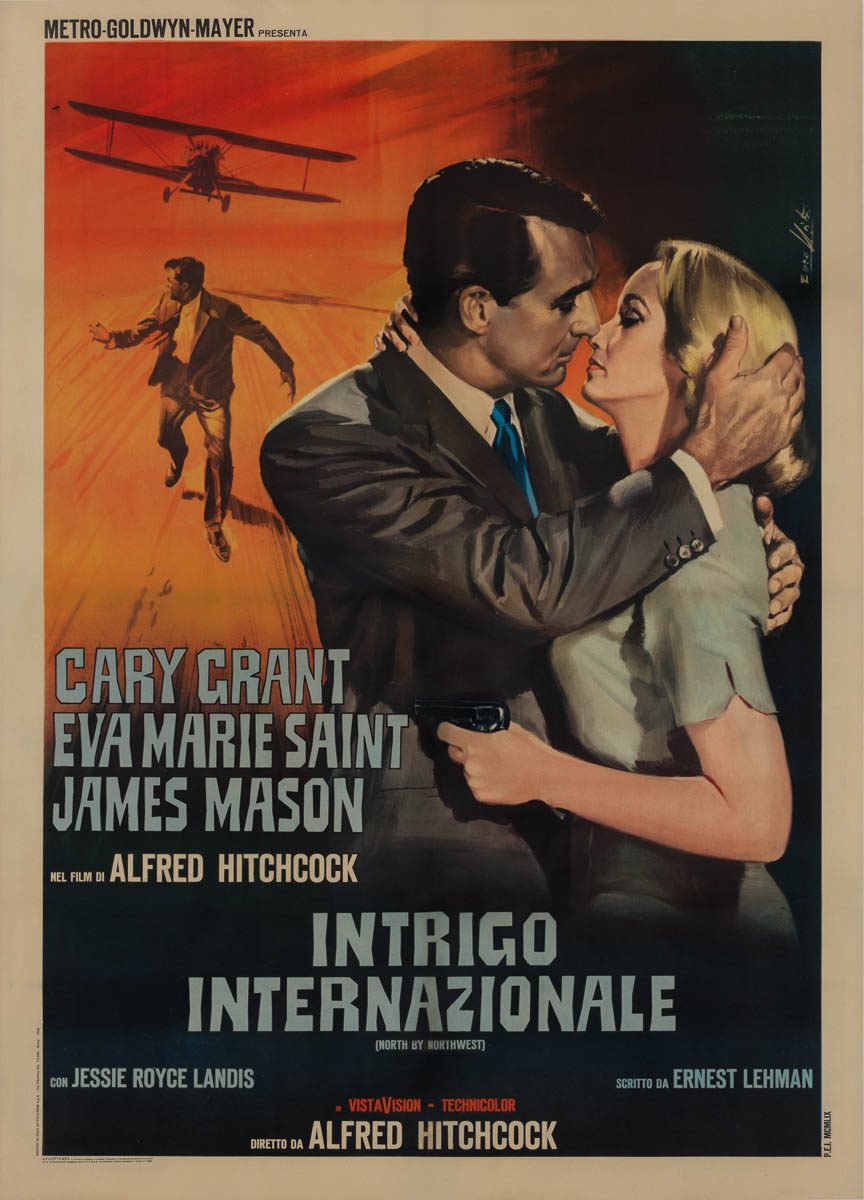 Grade: C3  Good. Folded, single-sided. Theater used poster with bright original colors, but heavy wear, mainly due to brittle/tanned paper. Splits/chipping along most of the folds and several large tears >6".

This Italian poster from Enzo Nistri is simply gorgeous and it features one of the best takes on the famous crop duster scene from any country or release. The translated title is also simply sublime. This poster is from the second release just 7 years after it first debuted in Italy and is equally rare as the first release Italian posters. 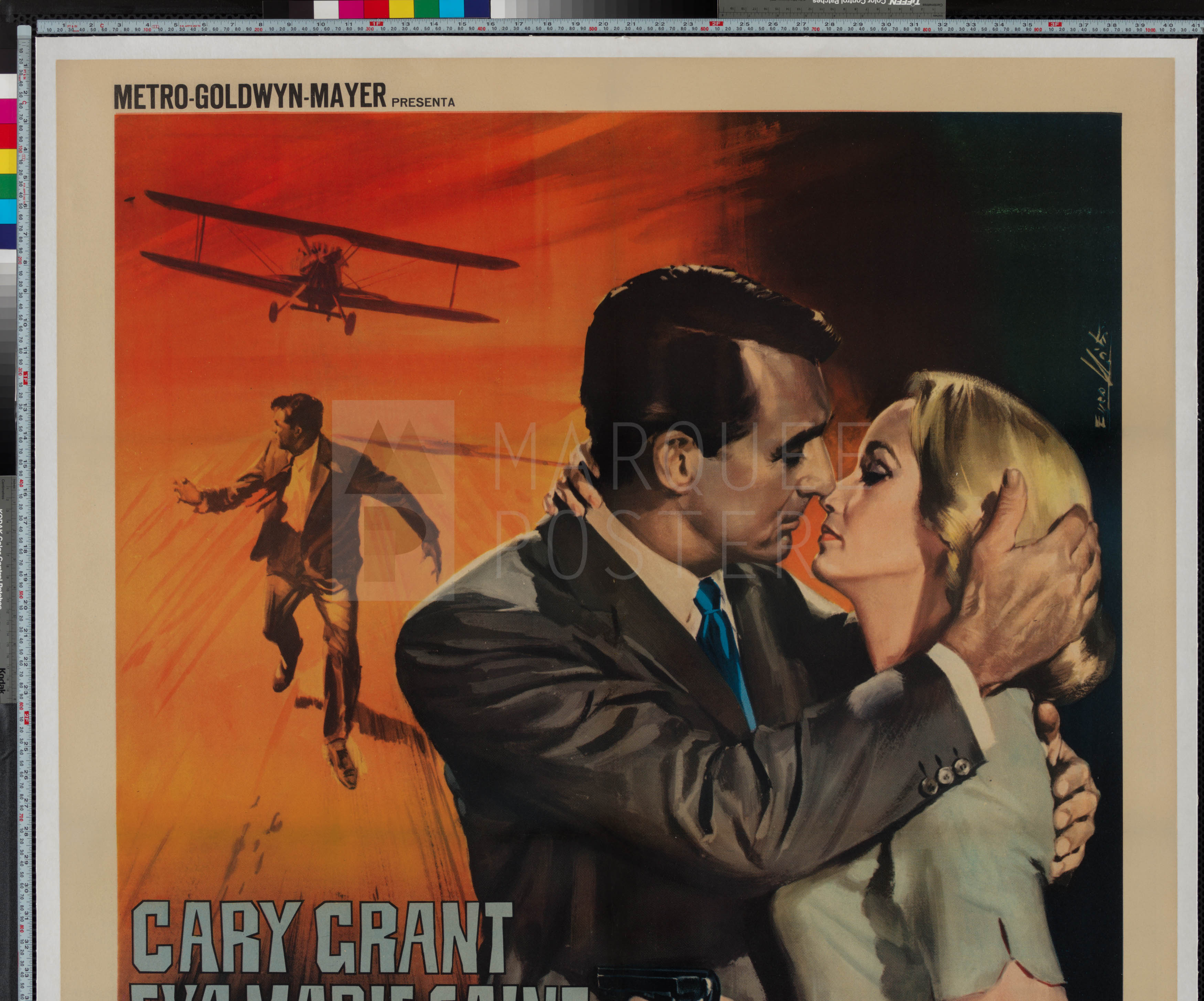 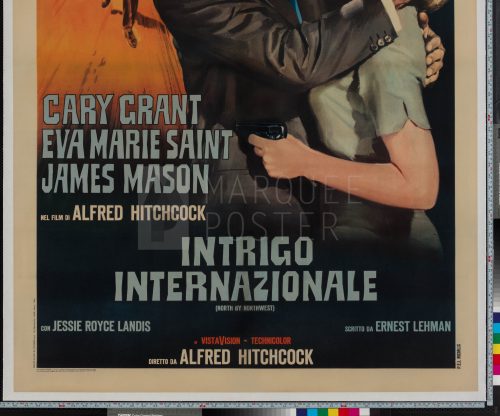 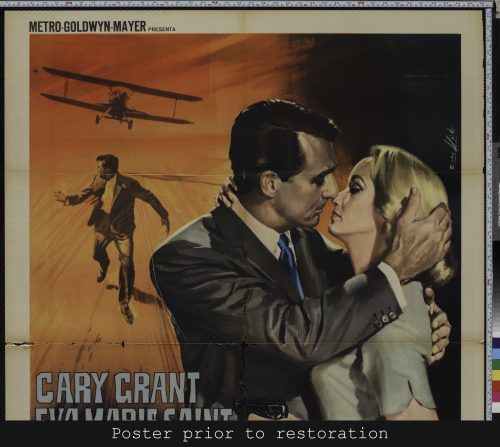 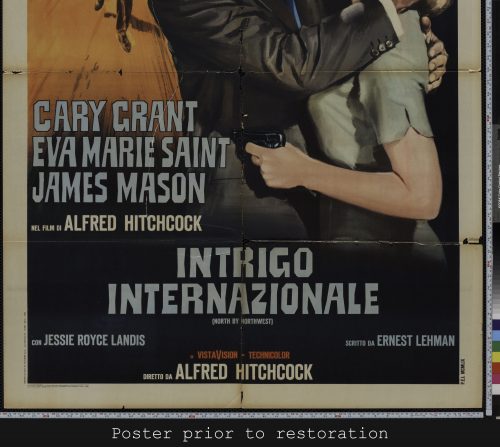