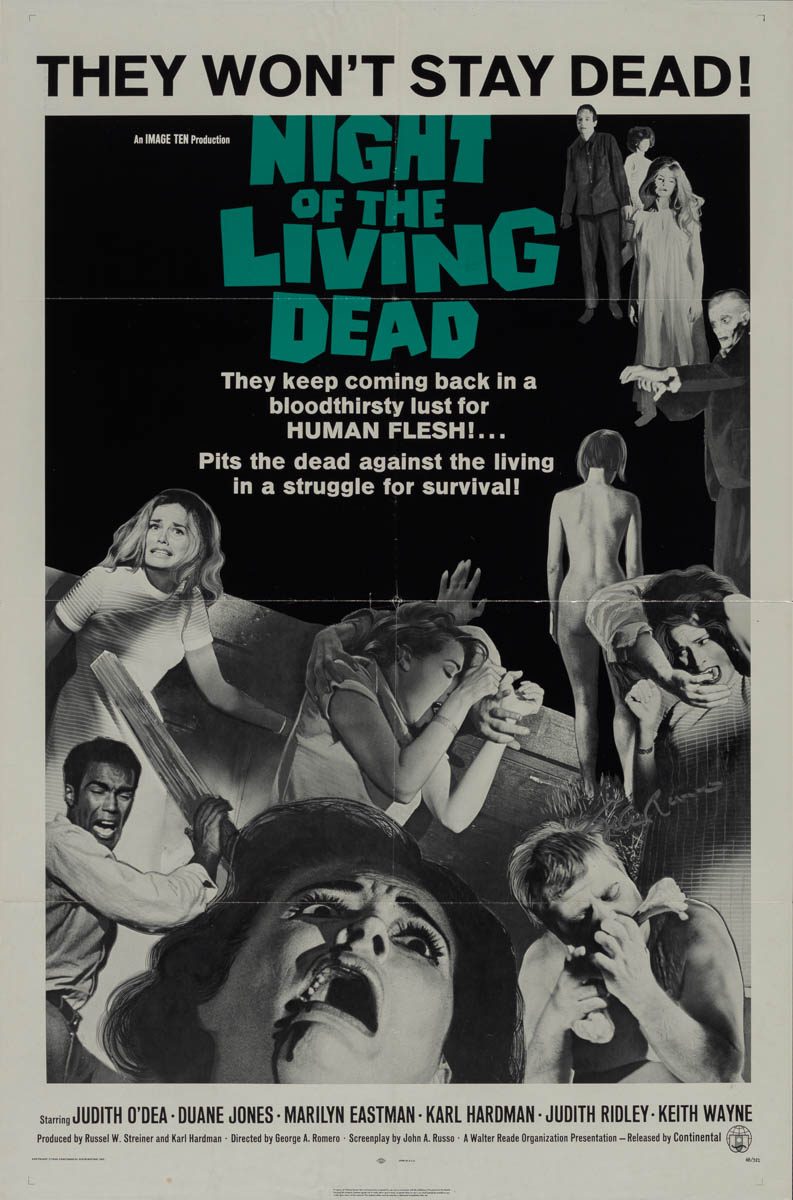 Grade: C7  Fine to Very Fine. Folded, single-sided. Unused poster with only minor handling/edge/surface wear. Would grade higher if not for some minor fold wear including small spots of separation at the edges, a small horizontal crease at the top and bottom, s small moisture stain in the lower border, a bit of moisture rippling near the title.


Here it is, the granddaddy of all zombie movies! Whether you are a modern, fast-zombie fan or if you are a slow-zombie traditionalist — everyone must recognize the importance of George Romero’s 1968 classic, The Night of the Living Dead. The low-budget, black & white masterpiece set the mold for all the film and TV series to follow including: Dan O’Bannon’s Return of the Living Dead, 28 Days Later, Re-Animator, Evil Dead, The Walking Dead and even Romero’s own many “of the Dead” follow-ups like Dawn of the Dead, Day of the Dead, Land of the Dead, etc… There have been many imitators, but only one true classic!

There were two printings of this poster for the original release — one with a bright, almost-day-glo, green title and another with a darker green title. No one knows which was printed first but likely they were printed concurrently in different NSS print shops on opposite sides of the country. The version for sale here is the dark green version.

I assume I don’t need to explain how rare it is to have an first release Night of the Living Dead 1-sheet signed by George Romero, right!?!? I rarely collect and even more rarely sell signed posters. In my opinion, the vast majority of signatures floating around are fakes. This even includes those with shiny “Certificates of Authenticity”. However, every once in a while true original signed items pop up for sale. In this case it was from a long time horror fan who attended multiple horror conventions and signings. They had a trove of signatures including photos of the signings and details about which signatures were obtained at which events. This poster was signed at Monster Mania 32 which took place in Hunt Valley, Maryland, October 2-4th 2015. George Romero headlined the event and was available for signings afterwards. It is impossible to overstate the rarity of this poster! 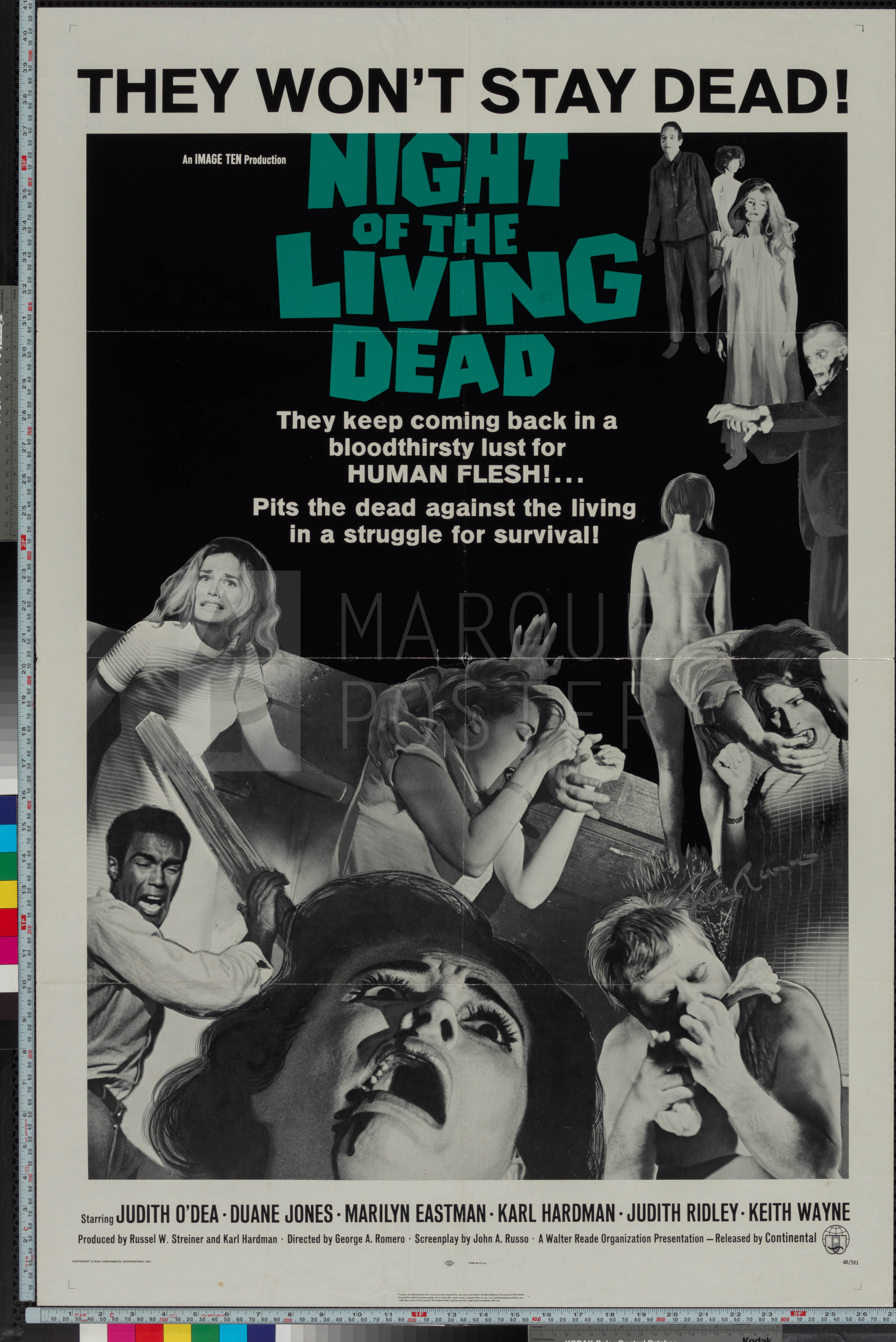 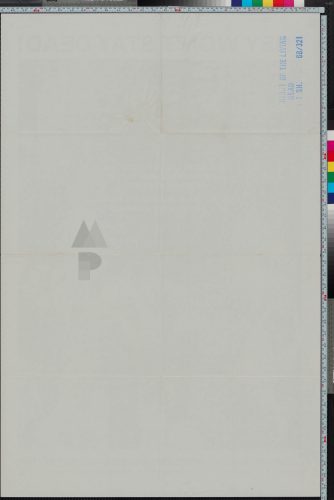