Film Plot: A naive prostitute and his sickly friend struggle to survive on the streets of New York City.


Midnight Cowboy is one of the crowning films of the independent era. Amazingly, and despite its bleak story, dirty and diseased skid row characters, controversial depictions of sexuality, and big fat X rating from the censors, it won best picture and was a huge commercial success. On a $3.2 million budget it made nearly $45 million dollars at the box office — that would be over $200 million dollars accounting for inflation! However, it’s debatable as to whether a movie like this could ever be greenlit in the play-it-safe world of today. At a dinner party in 1994 the director, John Schlesinger, asked a studio executive… “I said, ‘If I brought you a story about this dishwasher from Texas who goes to New York dressed as a cowboy to fulfill his fantasy of living off rich women, doesn’t, is desperate, meets a crippled consumptive who later pisses his pants and dies on a bus, would you—’ and he said, ‘I’d show you the door.’”

This nearly 5′ tall Japanese STB offers great portraits of the down and out leads and is one of the only posters to depict the duo in color. This tall, slender format had very low print numbers compared to regular Japanese B2s. They are very rare, especially for more popular film titles, and are highly sought after by collectors today. 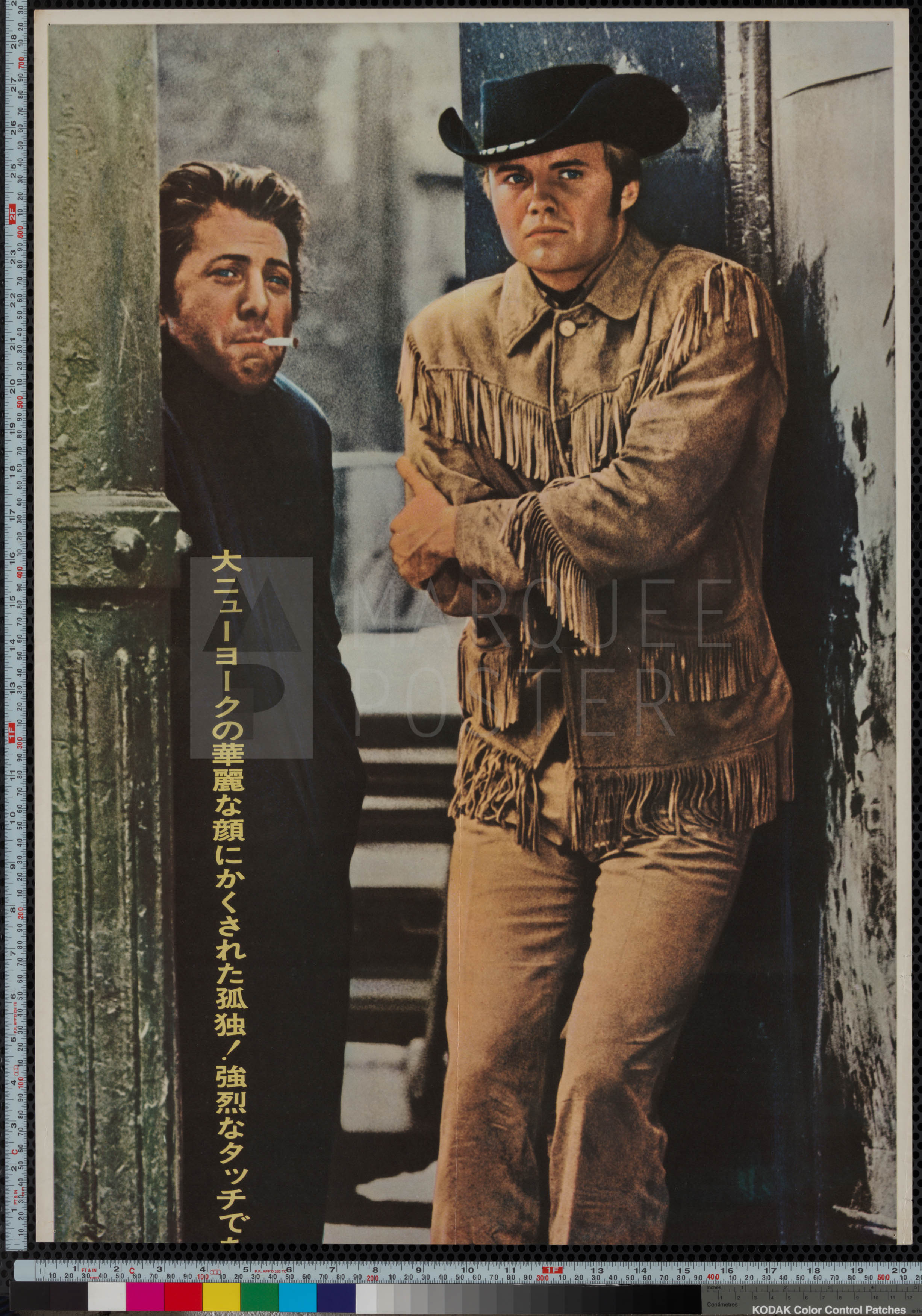 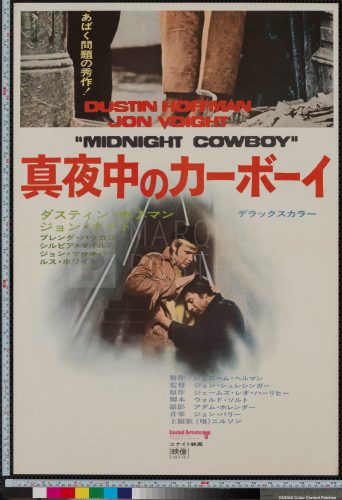 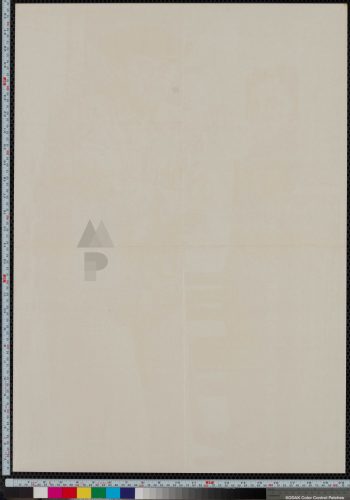 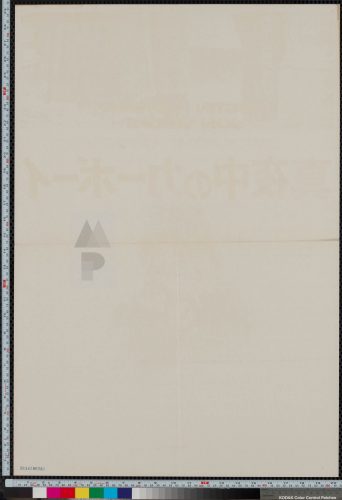