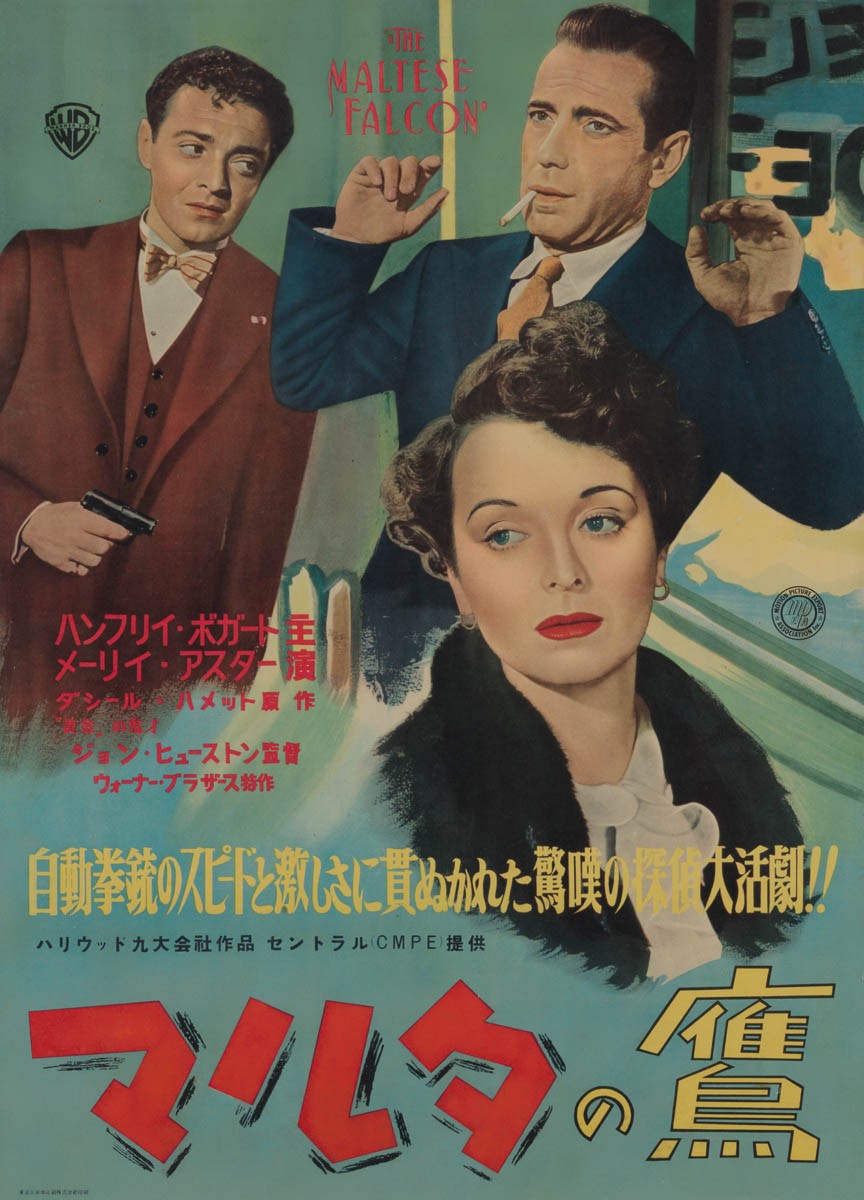 Film Plot: A private detective takes on a case that involves him with three eccentric criminals, a gorgeous liar, and their quest for a priceless statuette.

Grade: C5  Very Good to Fine. Rolled, single-sided. Prior to linen backing the poster had Handling/edge wear, some surface loss along lower edge, and significant reddish-brown water staining. Expert restoration has addressed these flaws and the poster now appears very fine to near mint.


Based on the wonderful pulp crime novel of the same name by Dashiell Hammett, The Maltese Falcon stars Humphrey Bogart as the cooler-than-cool Sam Spade in one of his greatest film roles. Widely considered to be one one of, if not the first true film noir, the Maltese Falcon is filled with seedy characters all plotting and double-crossing their way to the black bird — a solid gold statue created in 1539 by the Knight Templars of Malta.

Posters for this film have been hot, hot, hot — a rare US 6-sheet recently sold for nearly $200,000! This Japanese B2 poster has been steadily increasing as well due to it’s wonderful color scheme and great depictions of Bogart, Lorre and Astor. Don’t miss out on this rare and desirable title! 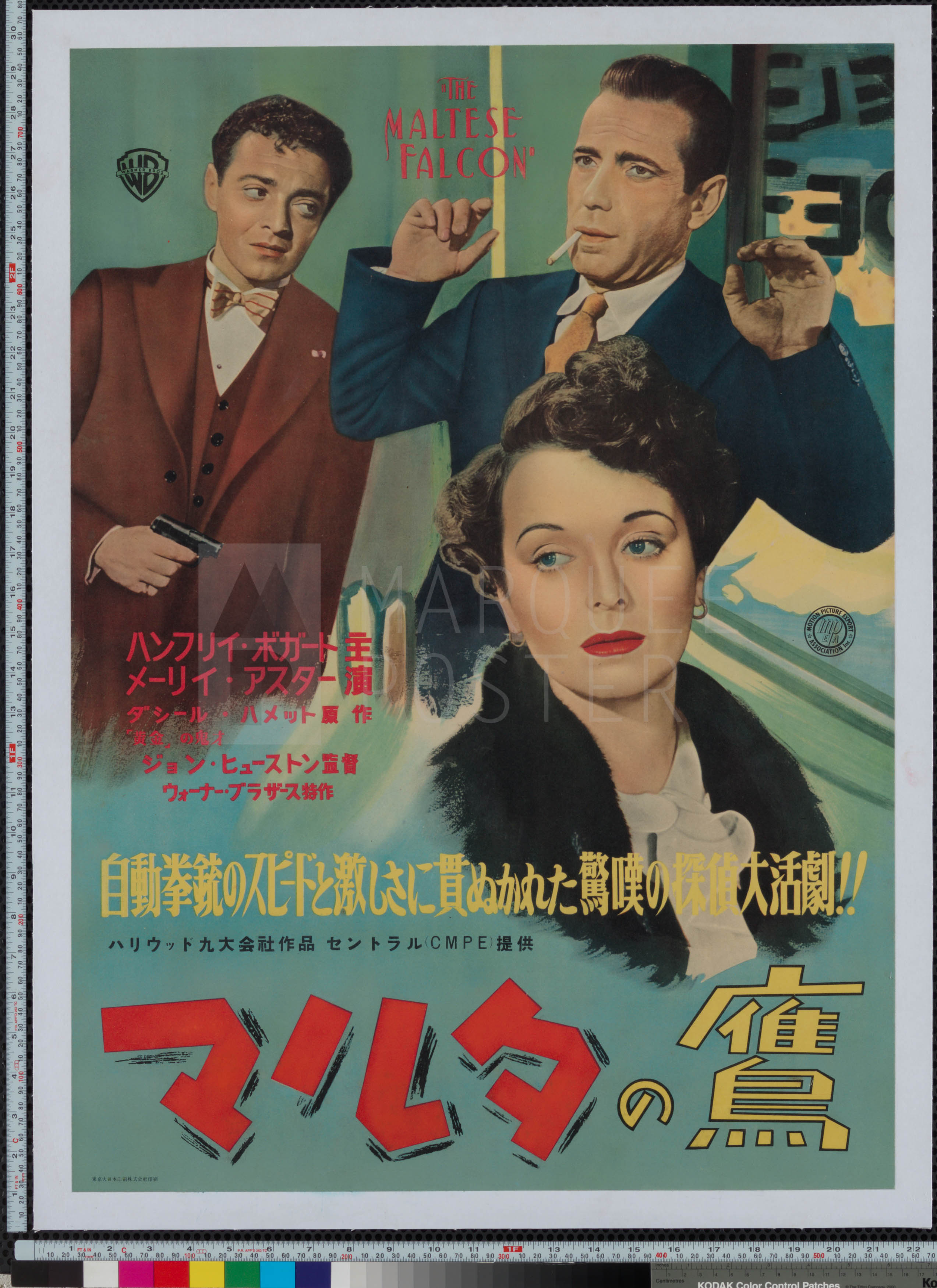 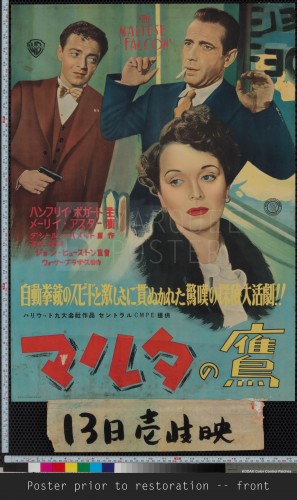 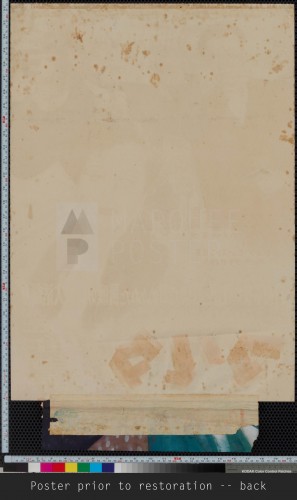