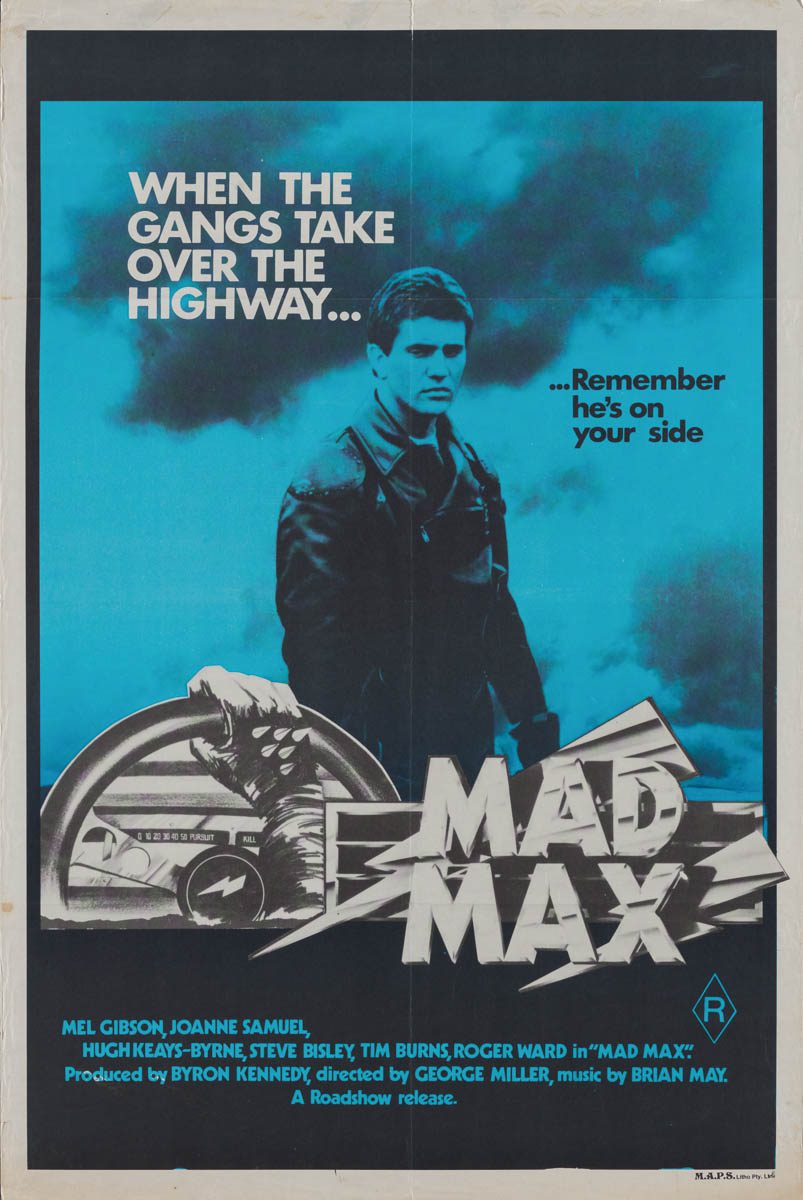 Film Plot: In a self-destructing world, a vengeful Australian policeman sets out to stop a violent motorcycle gang.

Grade: C7  Fine to Very Fine. Folded, single-sided. Theater used poster with minimal handling/fold wear, would grade higher if not for some slight surface wear and edge wear a long left side.


There is “cult”, and then there is Mad Max — one of the seminal Australian films and it’s popularity endures to this day. George Miller created a fantastic, dystopian vision of the future, one which could only be realized in Australia’s diverse and often harsh landscape. The series has now spawned 3 sequels and has been introduced to a whole new generation of moviegoers with 2015’s Mad Max: Fury Road.

Here it is folks, one of the true 1st release Australian country-of-origin 1-sheets! This film had a very limited first release in 1979 and three different style s of 1-sheets were ultimately printed. Mad Max was a low-budget cult hit from day one — in fact it had such a limited release that when word of mouth took off they ran out of posters! Then it happened AGAIN! There is some debate about whether the purple or the orange style was printed first, but it is generally agreed that the blue matte style was the third and final printing. Keep in mind that it only made roughly 5 mil at the Australian box office — an insane return given its $350k budget — but it was still considered a small release overall so very few posters of any of the styles were printed. Possibly only a few hundred of each. While the purple and orange styles tend to a lot of the attention, the blue style is extremely scarce — as much so as the orange and purple given how rarely any of them turn up for sale. Don’t miss this rare opportunity!

Note: This poster is NOT the blue glossy style release 1-sheet from 1981. That poster — which does not have the M.A.P.S. logon in the lower right — is quite common. Perhaps that is the reason for the erroneous perception that the blue matte style 1st release is more common version of the three. 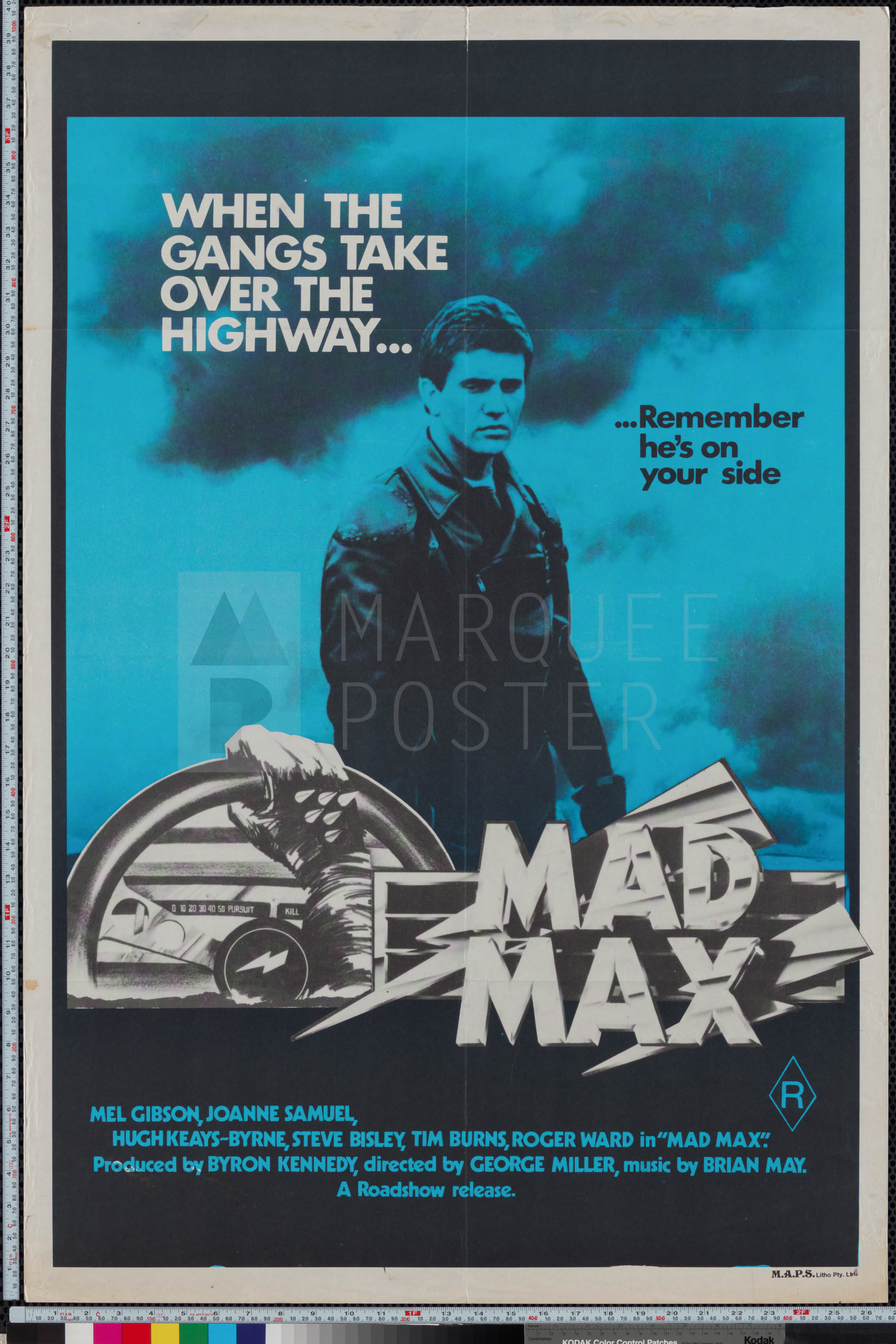 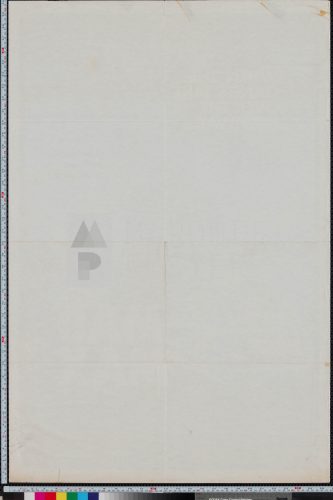