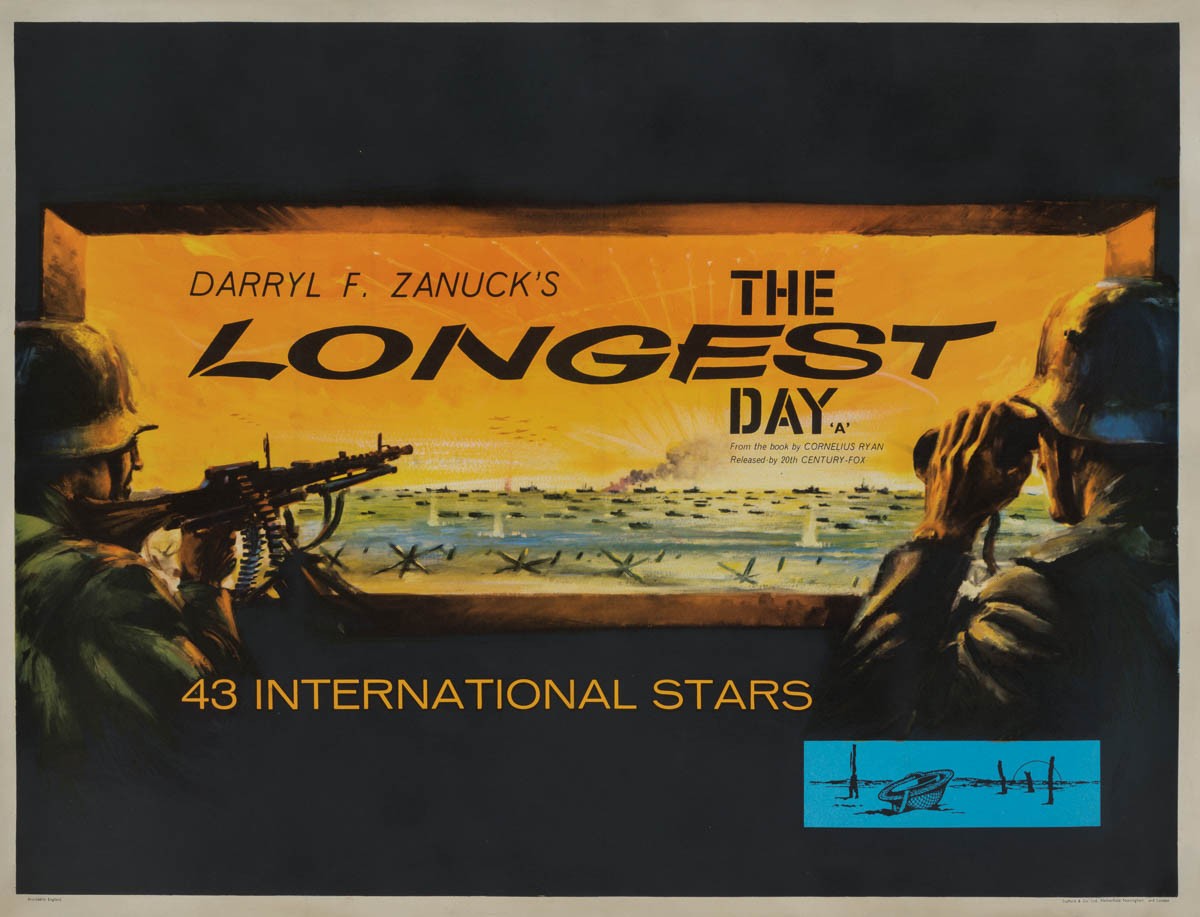 Film Plot: The events of D-Day, told on a grand scale from both the Allied and German points of view.

Grade: C6  Fine. Folded, single-sided. Prior to linen-backing this poster had many pin holes in the corners and in the black background, and several edge chips that did not extend into the artwork. Expert restoration has addressed all of these flaws and the poster now appears very fine to near mint.


While technically an American production, this film was truly an international effort — with the three directors hailing from England, Hungary and Germany and an all-star cast with top actors from the United States, United Kingdom, Germany and France all speaking in their respective languages. Shot on location throughout Europe, The Longest Day chronicles the Normandy landings on D-Day, June 6, 1944 during World War II. Shot in black and white after most films had long embraced color, with a budget of $10 million dollars it was the most expensive black-and-white film ever made until Schindler’s List was released in 1993.

This incredible poster by Chantrell shows the D-Day invasion at Normandy unfolding from the ominous vantage point of German soldiers lying in wait in a machine gun pillbox. This poster also incorporates the empty-helmut-on-the-beach artwork from the American poster campaign and from the films title sequence. This poster is an extremely rare advance poster without the extensive cast list that appears on the regular UK quad. I have never seen another copy of this advance poster! 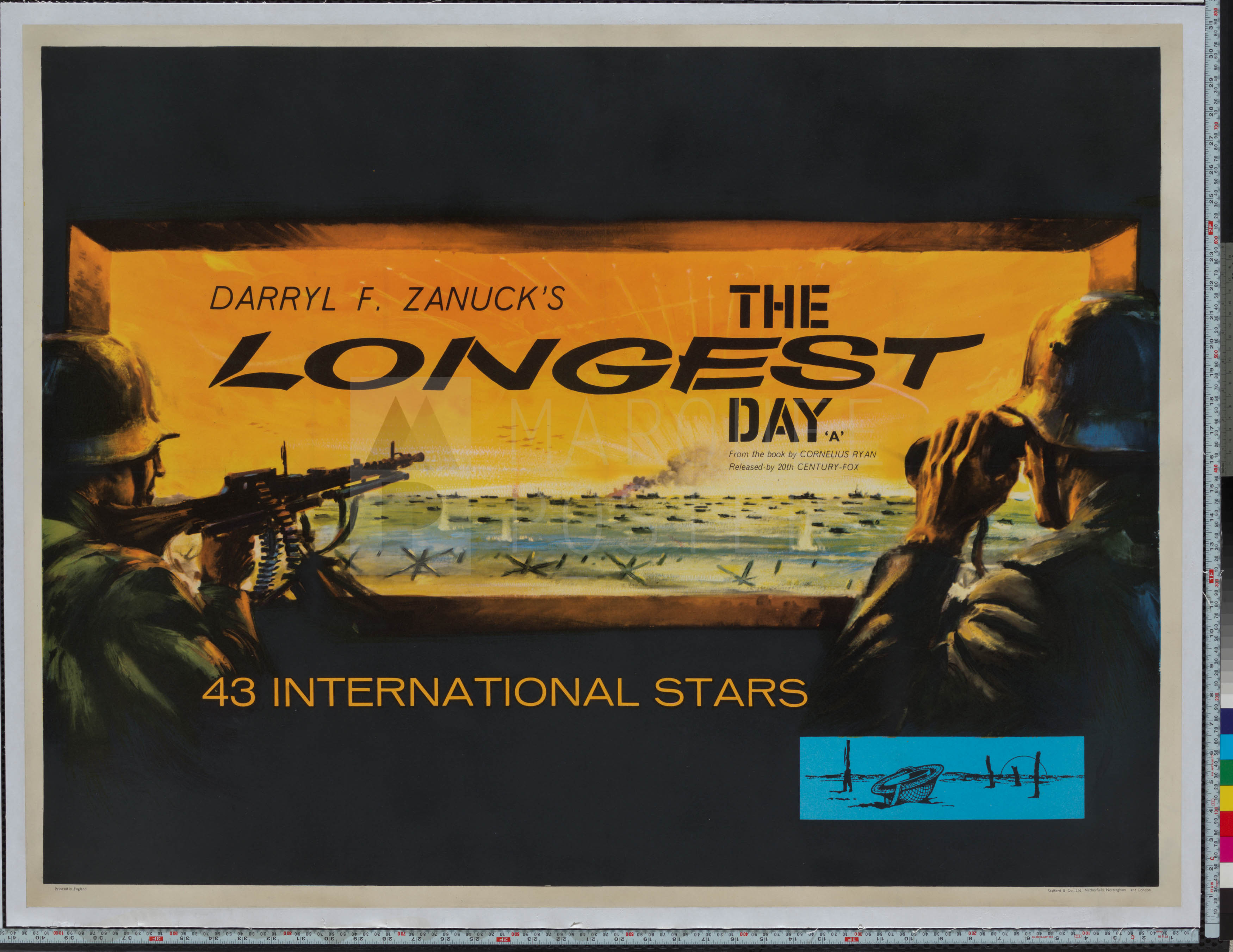