Film Plot: After killing a night-club owner, professional hitman Jef Costello is seen by witnesses. His efforts to provide himself with an alibi fail and more and more he gets driven into a corner.


There might not be a cooler character in all of film than Alain Delon’s Jef Costello, a contract killer who lives a by a lone-warrior samurai code. The director Jean‑Pierre Melville was already known for his blending of American-style noir and French pop culture cool and was a major influence on the French New Wave film movement. Years before Melville had encouraged Jean-Luc Godard to shoot Breathless on location and ruthlessly edit down to the most important shots — which directly led to Godard’s innovative use of jump cuts. Le Samourai was Melville’s crowning achievement and it has influenced generations of film-makers since including William Friedkin, John Woo, Michael Mann, Quentin Tarantino and Johnny To just to name a few. It was eventually reimagined/remade as Ghost Dog: Way of the Samurai by Jim Jarmusch.

The Japanese posters for this samurai-inspired film have always been some of the most collectible paper for the film. However, this nearly 5′ tall STB has remained elusive until now! This tall, slender format had very low print numbers compared to regular Japanese B2s. They are very rare, especially for more popular film titles, and are highly sought after by collectors today. 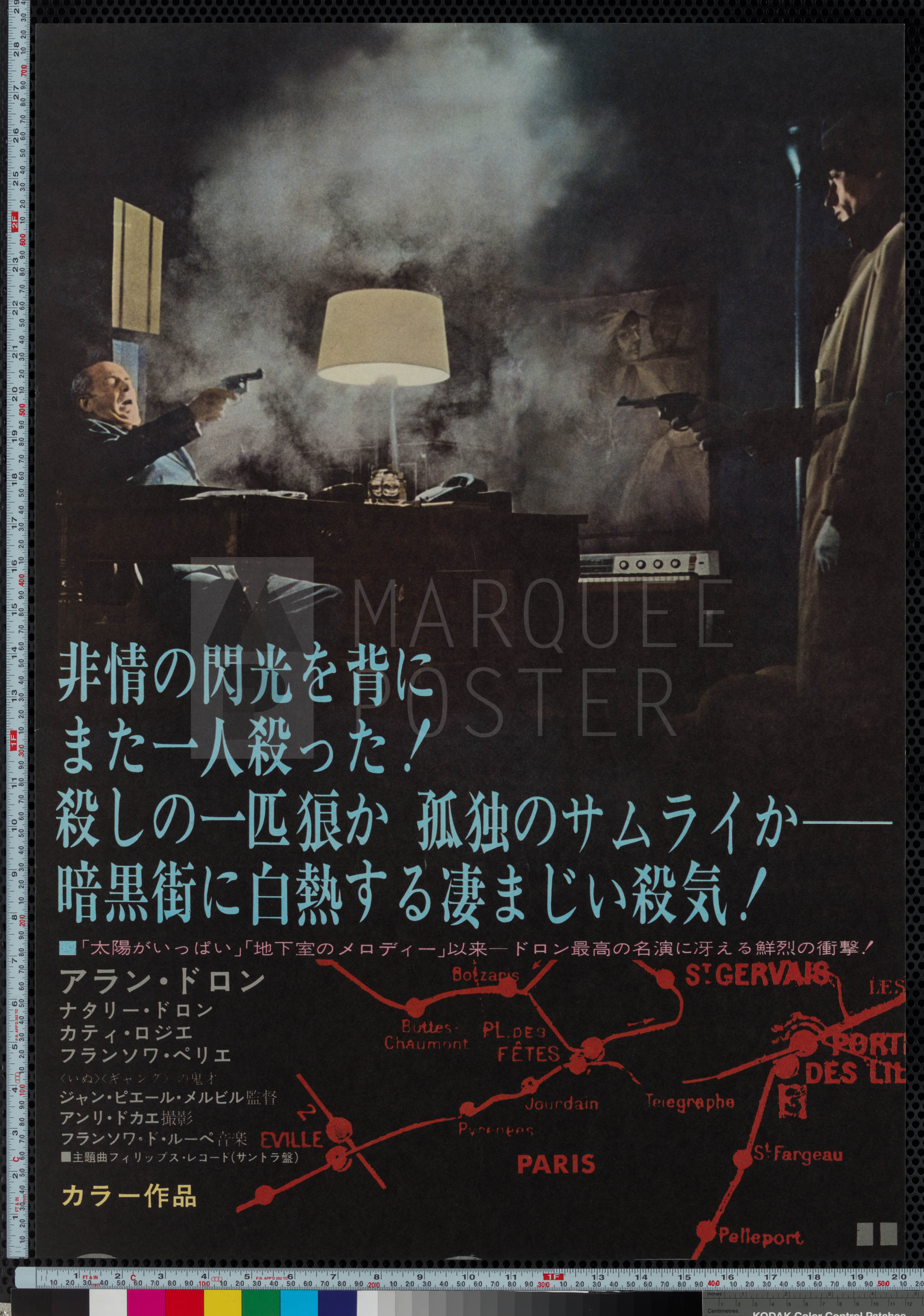 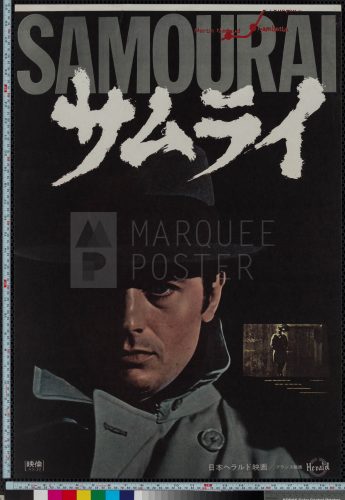 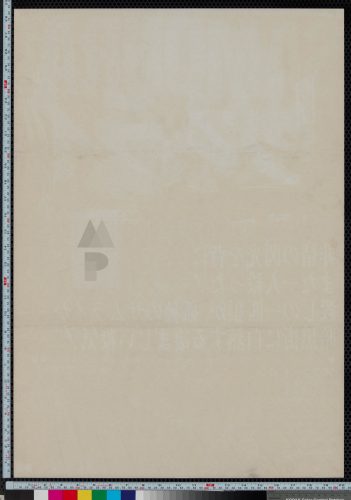 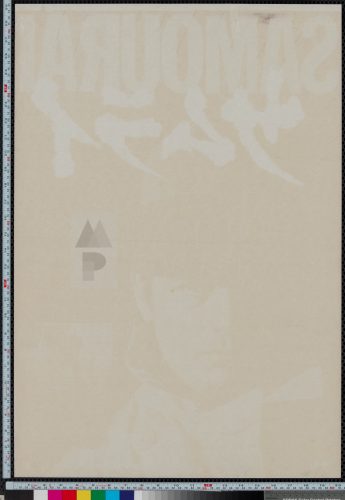