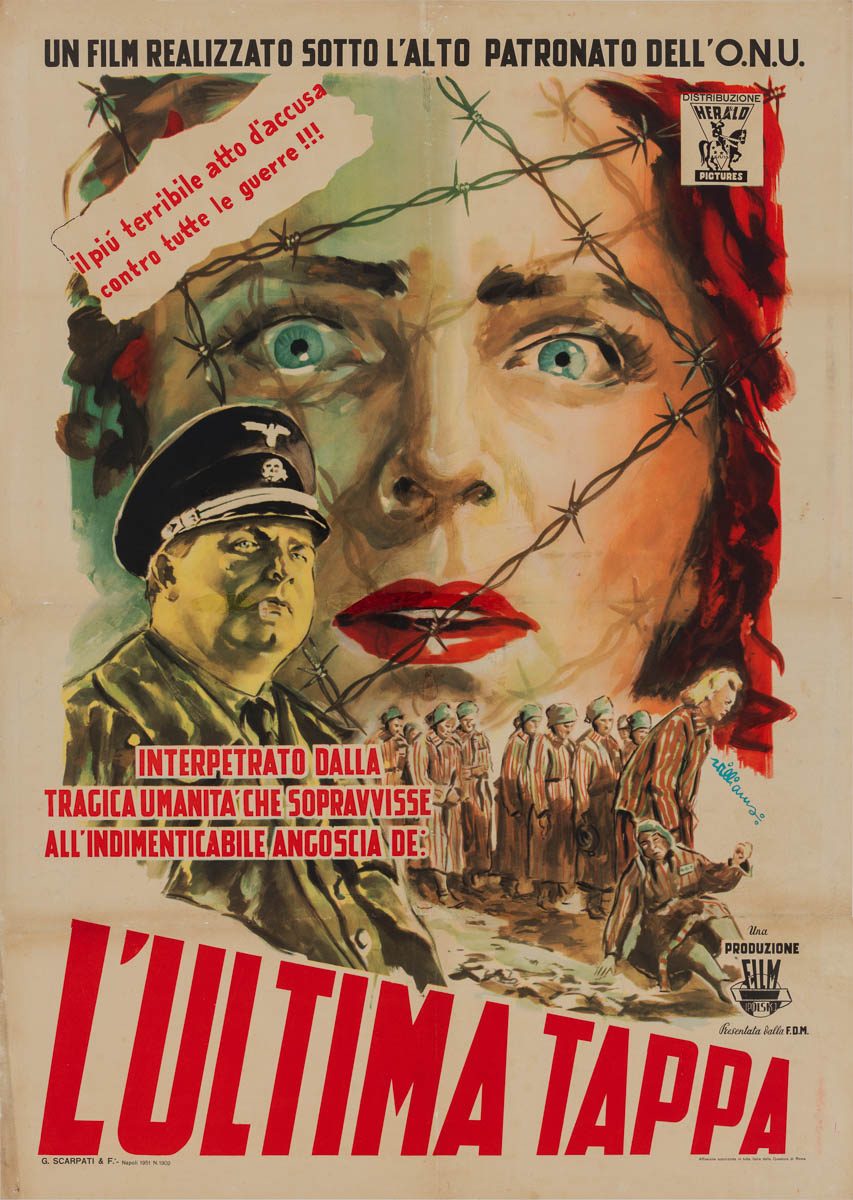 Film Plot: Martha Weiss, a Jew, is sent to Auschwitz concentration camp with her family. On the first day of their arrival Martha is, by a coincidence, chosen as an interpreter, but her entire family ...

Grade: C4  Very Good. Folded, single-sided. Prior to linen-backing this was a theater used poster with moderate handling/edge/fold wear, 1/2" x 8" area of paper loss just above the middle crossfold, in the top of the red lips, slightly extending into the background to the left and right of them. It had a 1/2" x 3" area of paper loss in the left of that same fold, in the Nazi officer's cheek. It had a 1/2" square area of paper loss in the area below the mouth on the vertical fold. It had paper loss at the other two crossfolds and some tears and smaller paper loss on the other fold lines, with pinholes around the edges. Now appears fine to very fine, but you can see still signs of the above defects upon close inspection.


Ostatni Etap is one of the earliest films about the holocaust — written and directed by Wanda Jakubowska, a survivor of the camps and filmed on location at Auschwitz only 2 years after it was liberated. Many of the actors were formerly interred there. The film remains one of the best first-hand sources for what the original camp looked like as it was demolished shortly after filming. Not until years later was it reconstructed as a memorial site. The original ’47 polish poster for this film is almost non-existent, but the ’58 re-release used the same art and is equal parts a memorial and an amazing piece of modern design.

The Italian here is the only large poster I’ve ever come across. The piercing blue eyes on this intense design by Williams just sucks you in. Quite possibly one of the most important films and posters about the Shoah in existence. 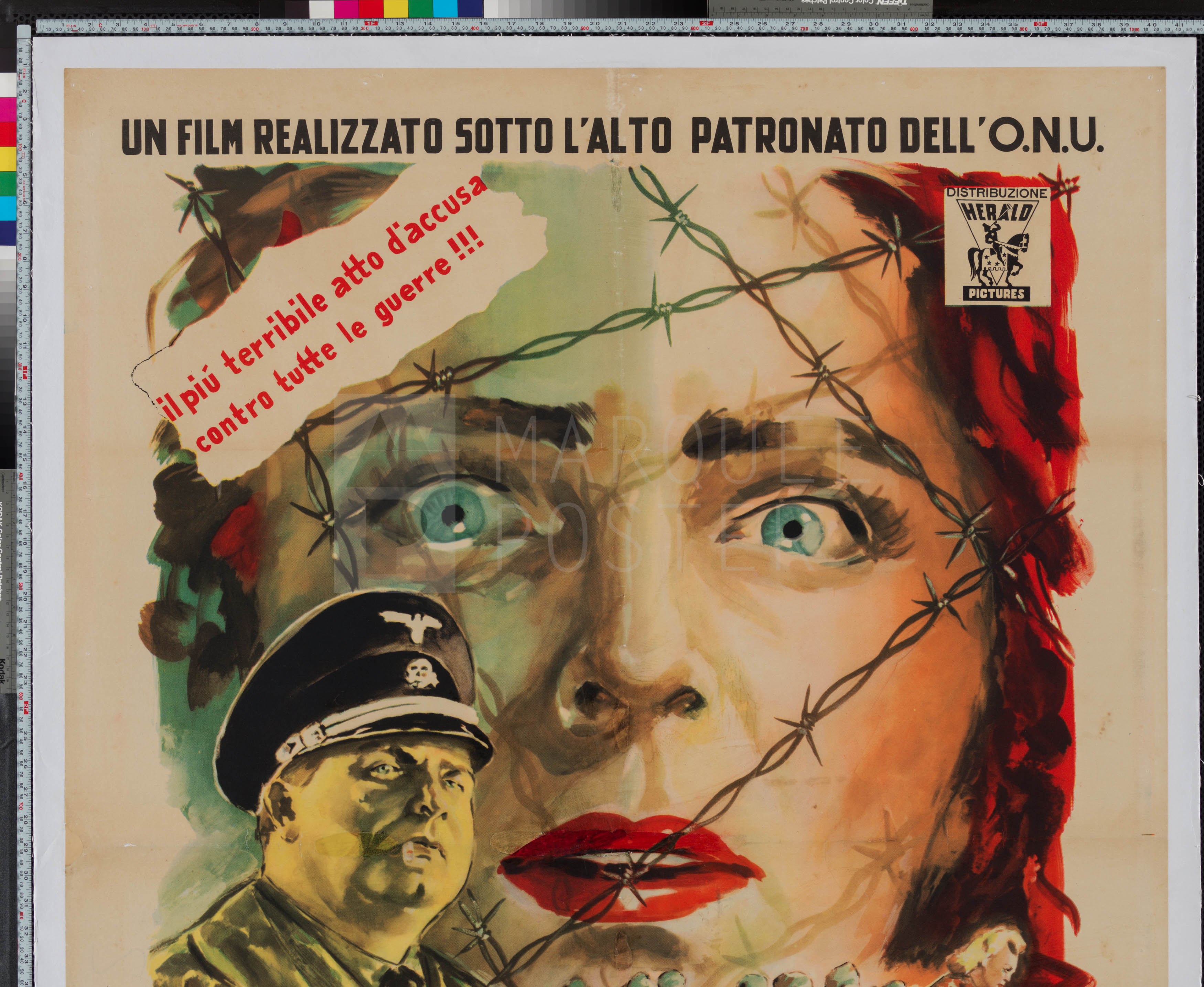 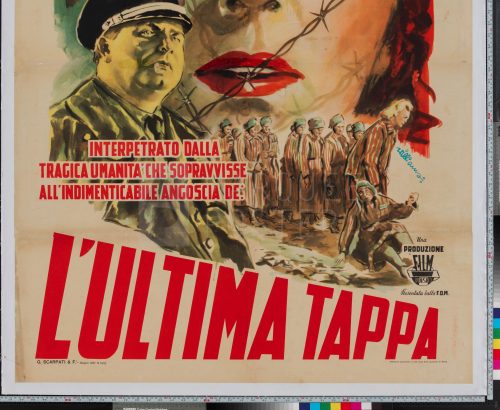