Film Plot: A series of stories following a week in the life of a philandering paparazzo journalist living in Rome.


One of the most critically acclaimed films of all time, La Dolce Vita was perhaps the first film to shine a critical light our tabloid obsession with vanity, stardom, wealth and power. This film literally coined the term paparazzi — named after a photographer character Paparazzo!

Over the last decade La Dolce Vita memorabilia has been on fire — the Ekberg-style Italian 4-foglio has nearly quadrupled in price during that time! This extremely scarce and nearly 5′ tall Japanese STB (also known as tatsumi, or tatekan) is perhaps the next best print to show off a stunning Ekberg in her signature black and red dress. This poster would make a splash in any room! 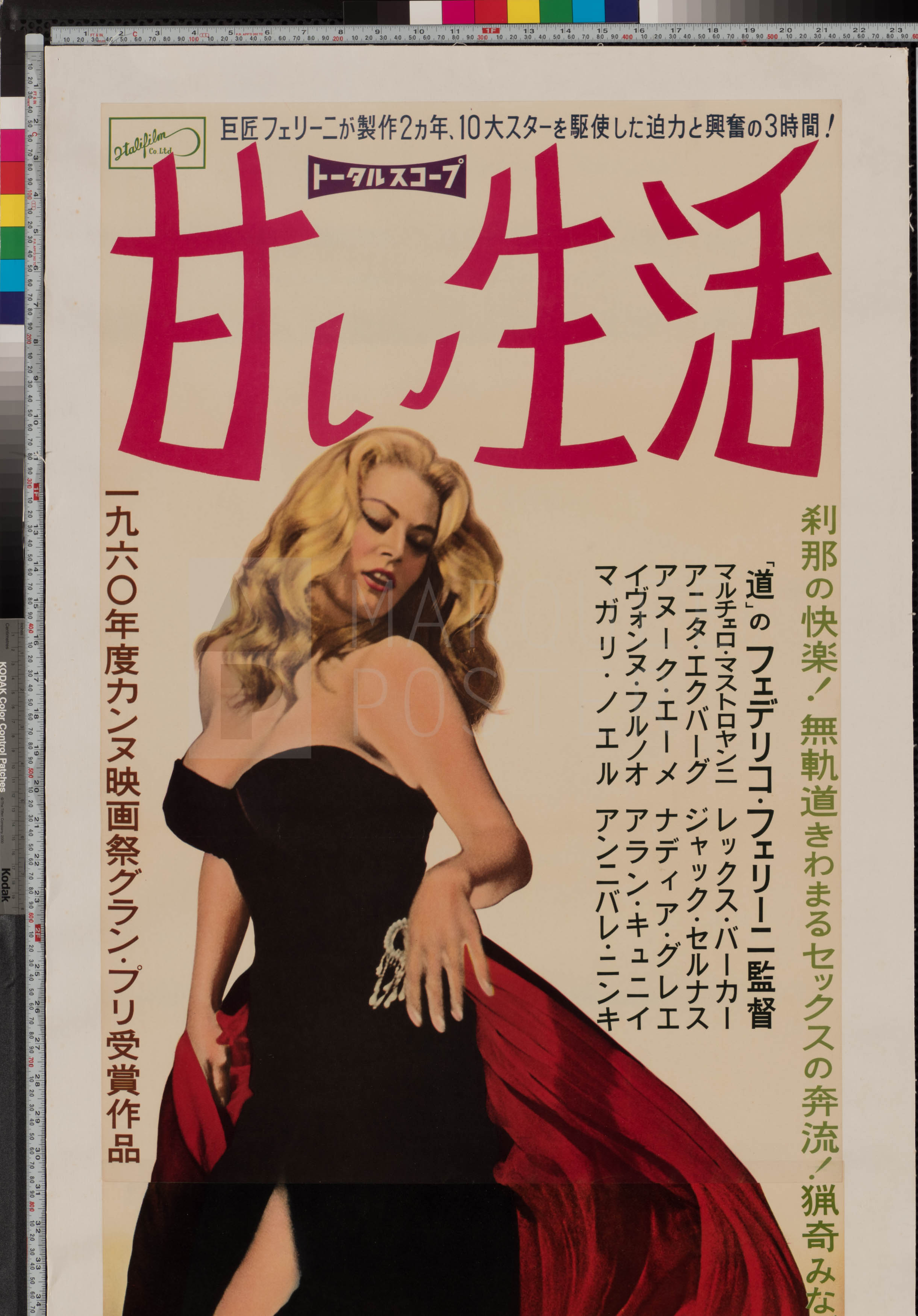 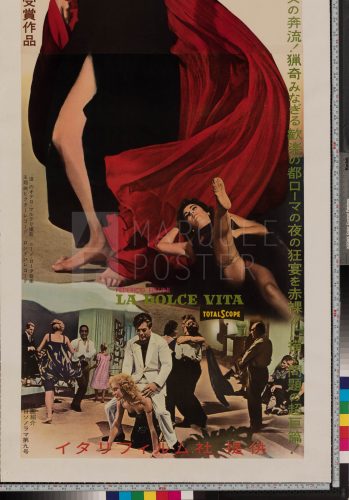