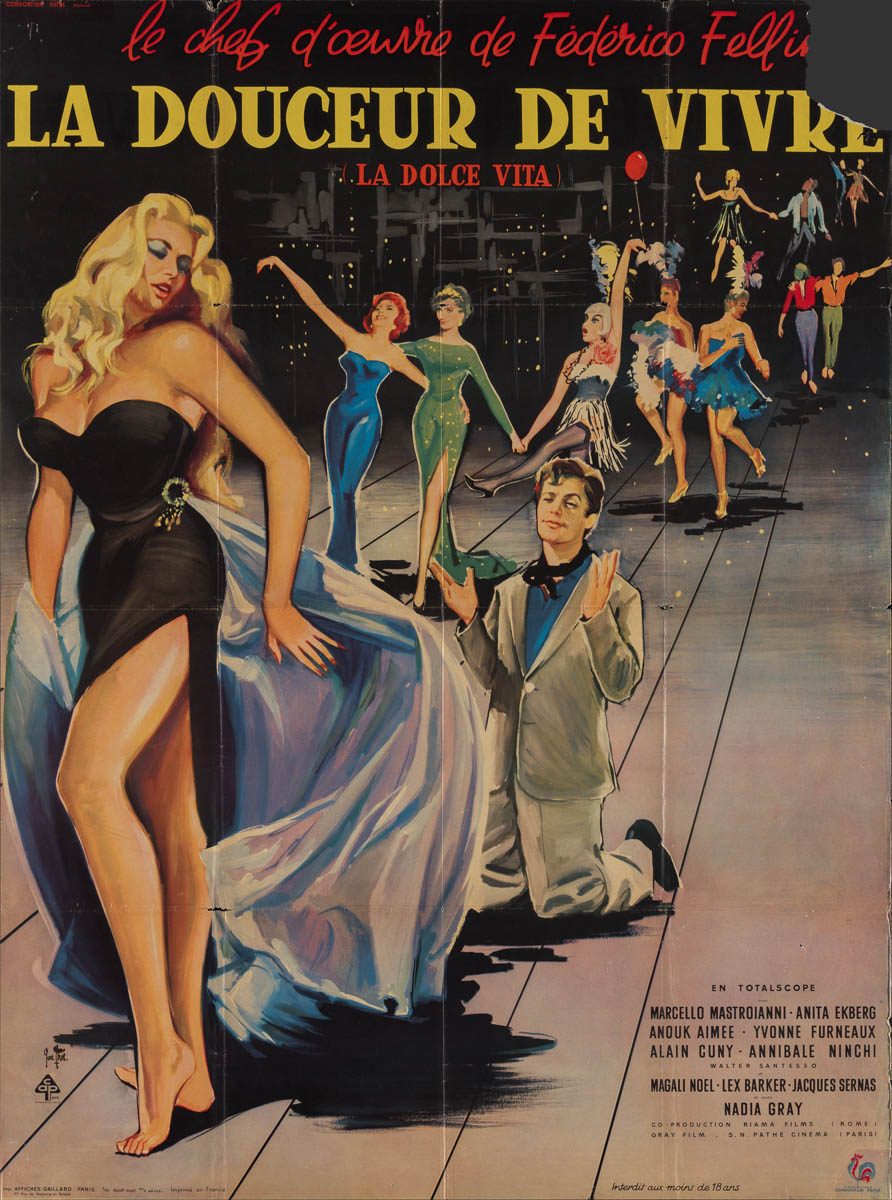 Film Plot: A series of stories following a week in the life of a philandering paparazzo journalist living in Rome.

Grade: C3  Good. Folded, single-sided. Theater used poster with moderate handling/fold/edge wear, several pinholes in each corner from display, some small splits at the folds and cross folds. Would grade much higher if not for torn/missing upper right corner -- probably weakened from the multiple pinholes. While large (~4x6"), the missing section only affects the text and would be simple to recreate during restoration.


One of the most critically acclaimed films of all time, La Dolce Vita was perhaps the first film to shine a critical light our tabloid obsession with vanity, stardom, wealth and power. This film literally coined the term paparazzi — named after a photographer character Paparazzo!

Over the last decade I can’t recall a more collectible title than La Dolce Vita — during which time the Ekberg-style Italian 4-foglio has nearly quadrupled in price! Given that the original Italian poster now sells in the $40,000+ range, this French 1-panel is a much more affordable way to bask in the greatness of Anita Ekberg! This could be displayed beautifully as-is or after a simple restoration it would be an inexpensive way to own this rare and highly desirable poster. 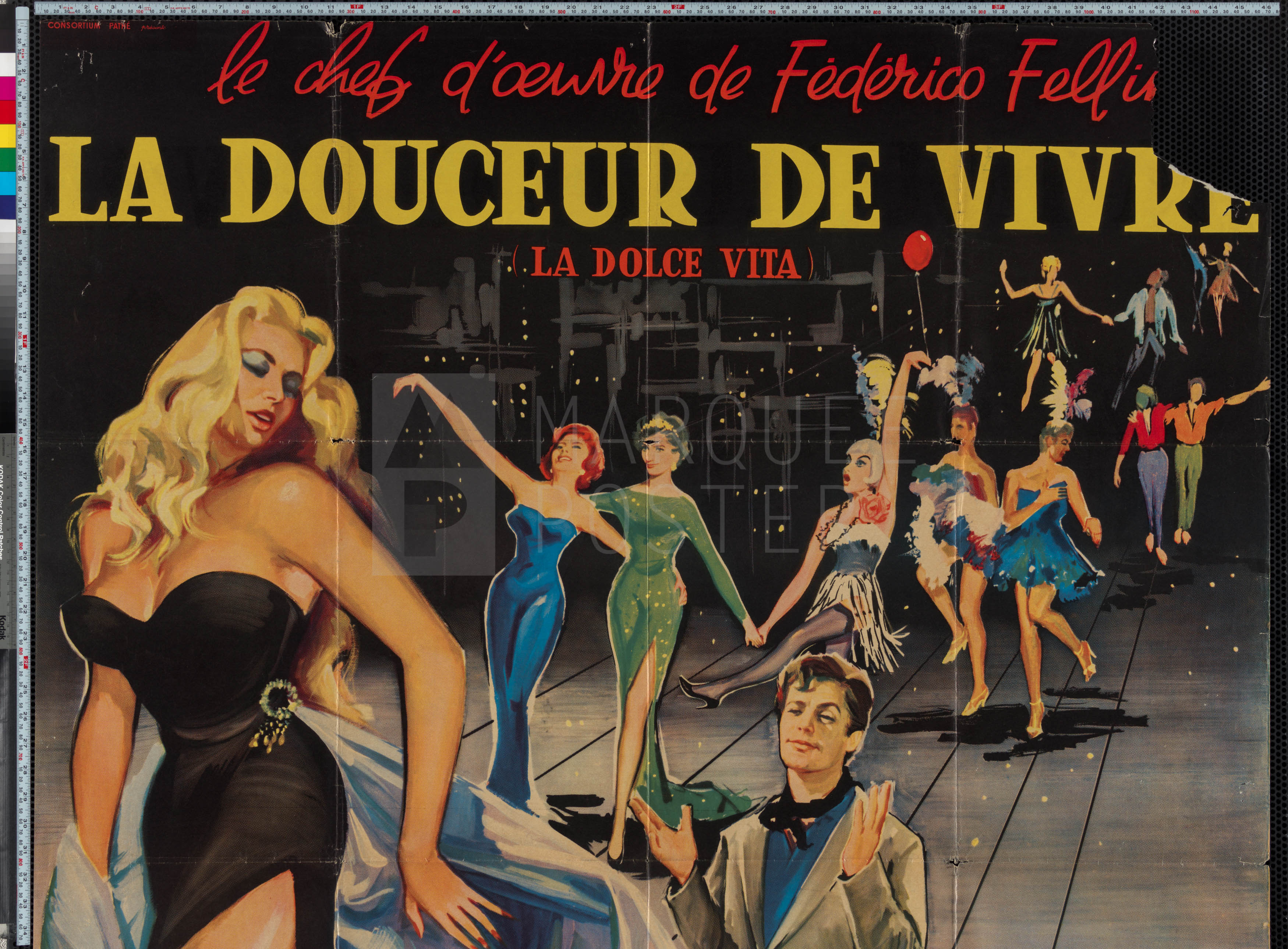 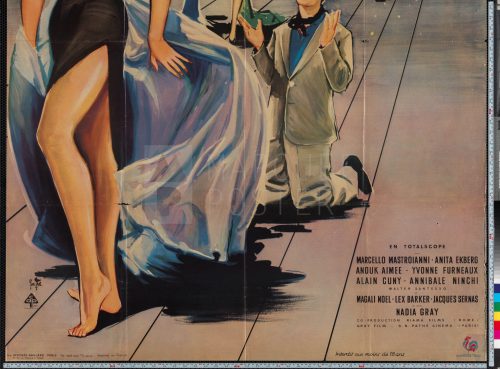 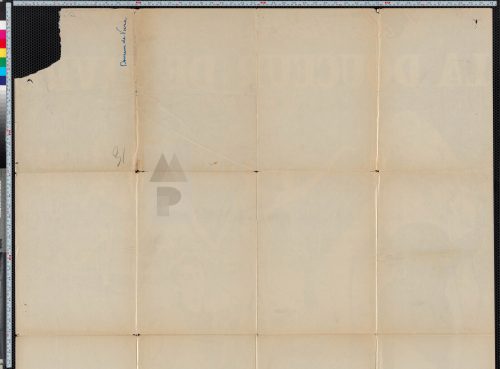 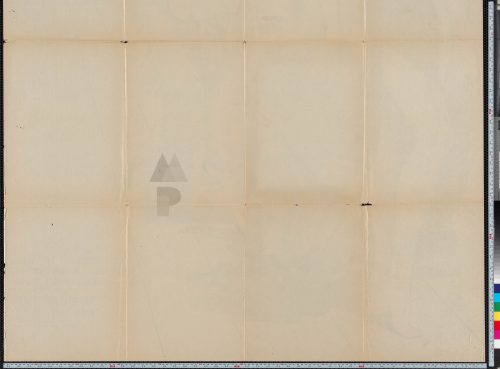