Film Plot: A petty thief with an utter resemblance to a samurai warlord is hired as the lord's double. When the warlord later dies the thief is forced to take up arms in his place.


Kagemusha was Akira Kurosawa’s famous return to the samurai genre. While he first gained attention with more modern, film-noir dramas in the 1940s, his breakout hit was Rashomon (1950) set in feudal Japan. His next samurai picture, Seven Samurai, would be his opus, with many more samurai pictures to following including: Hidden Fortress, Throne of Blood, Yojimbo, and Sanjuro. However, Kurosawa retreated from filmmaking in the mid-1960s, only completing two films between 1965 and 1980. For his big-budget 1980 return, Kurosawa created one of the most epic films ever created in Japan. The scale was so large that Toho Studios ran over budget and the film was only able to be completed after George Lucas and Francis Ford Coppola convinced 20th Century Fox to step in and fill the shortfall. It is said that over 5000 extras were used in the final battle scene! Kagemusha went on to become the No. 1 film in Japan in 1980 and convinced the studios to pony up for his even bigger follow-up, 1984’s Ran!

What an amazing poster! Made for the premiere of Kagemusha in Japan, this poster stands at an incredible 12′ tall — making it one of the largest Japanese Akira Kurosawa posters known. Interestingly, it is reminiscent in both size and shape of the historical Japanese war banners, known as Hata-jirushi (旗印), that are featured so promently in this period film. The intense imagery Kurosawa put forth in Kagemusha won it the Palme d’Or at the 1980 Cannes Film Festival and nominations for Art Direction and Best Foreign Language Film at the Academy Awards. Both this poster and the film are visual treat! 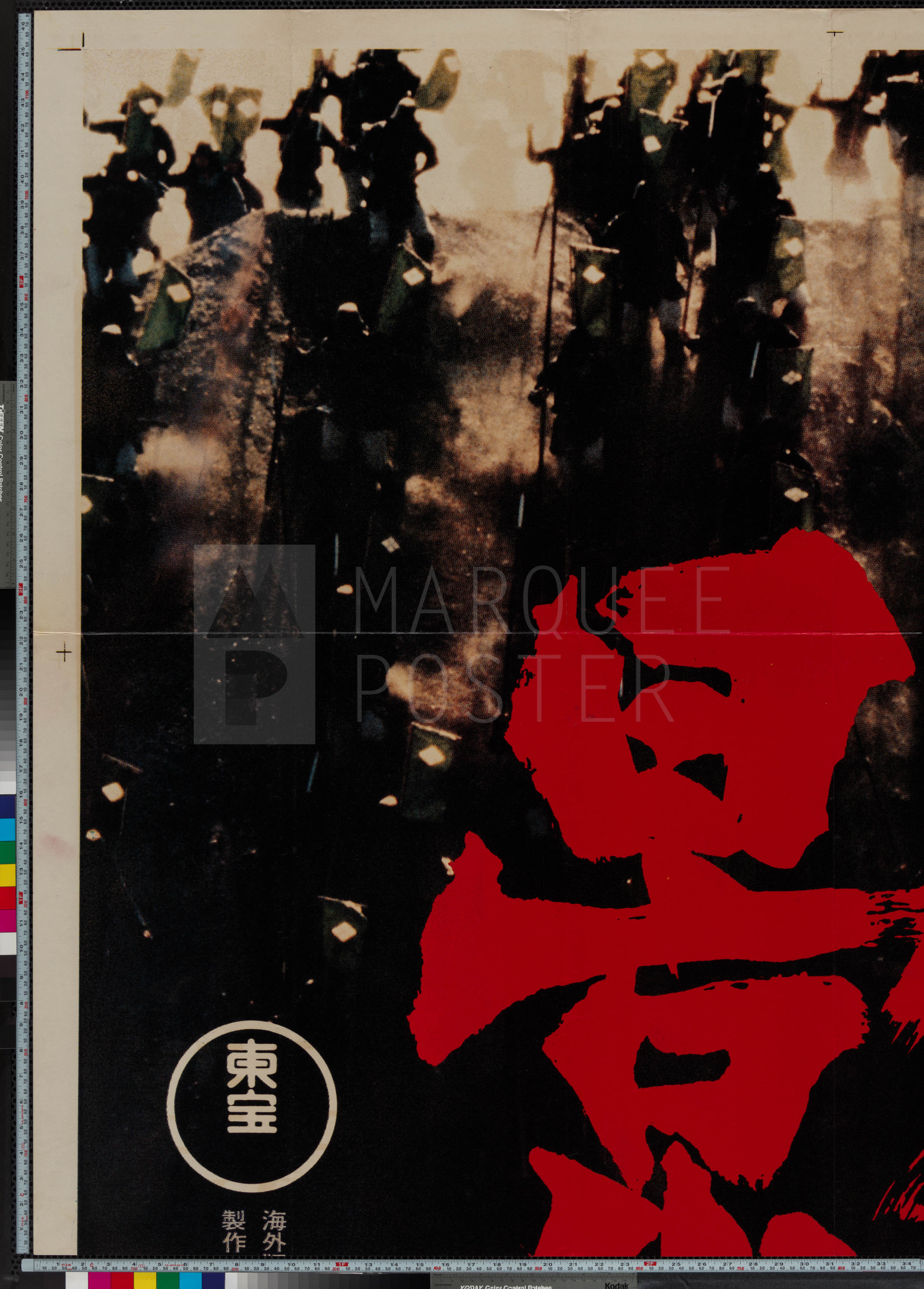 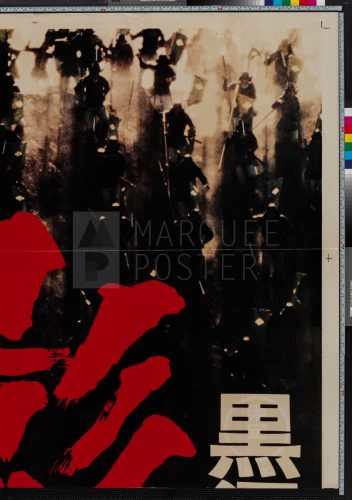 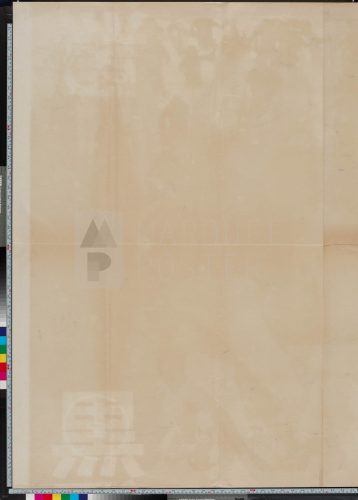 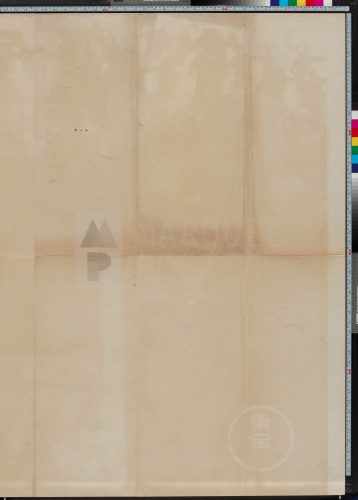 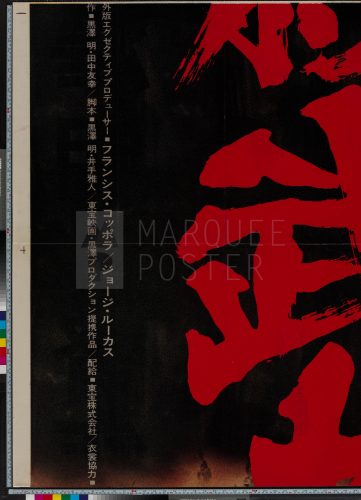 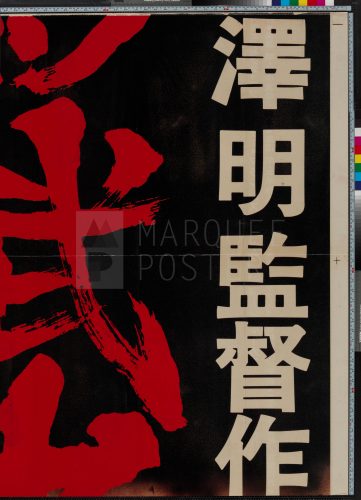 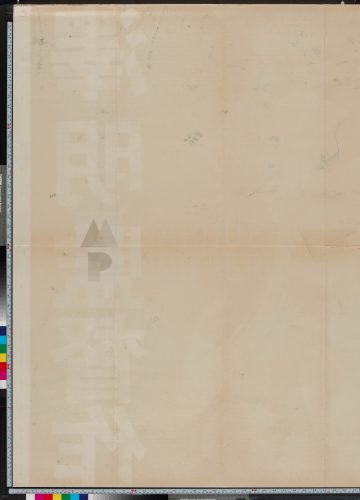 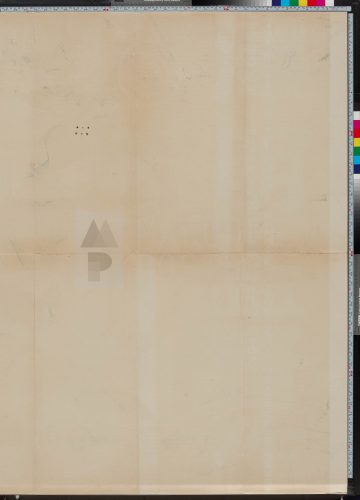 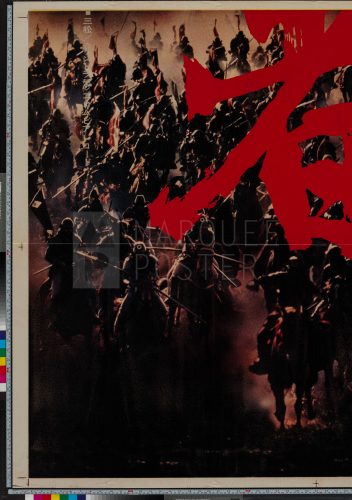 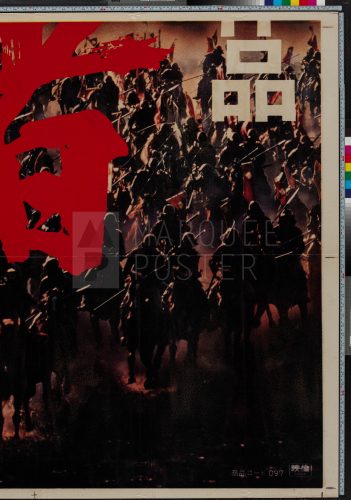 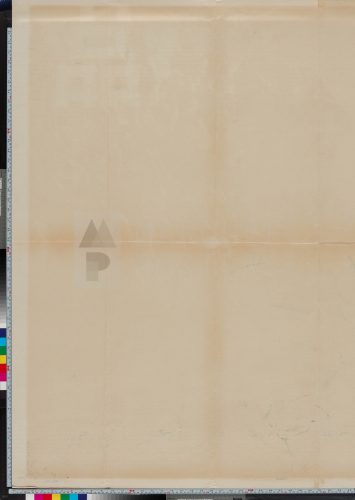 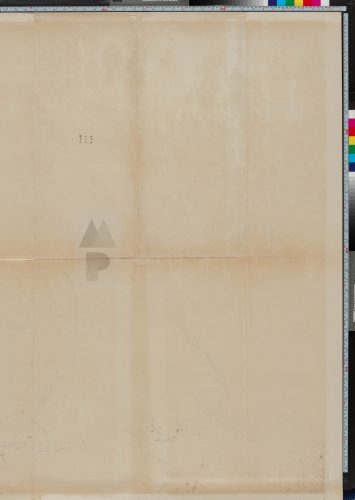