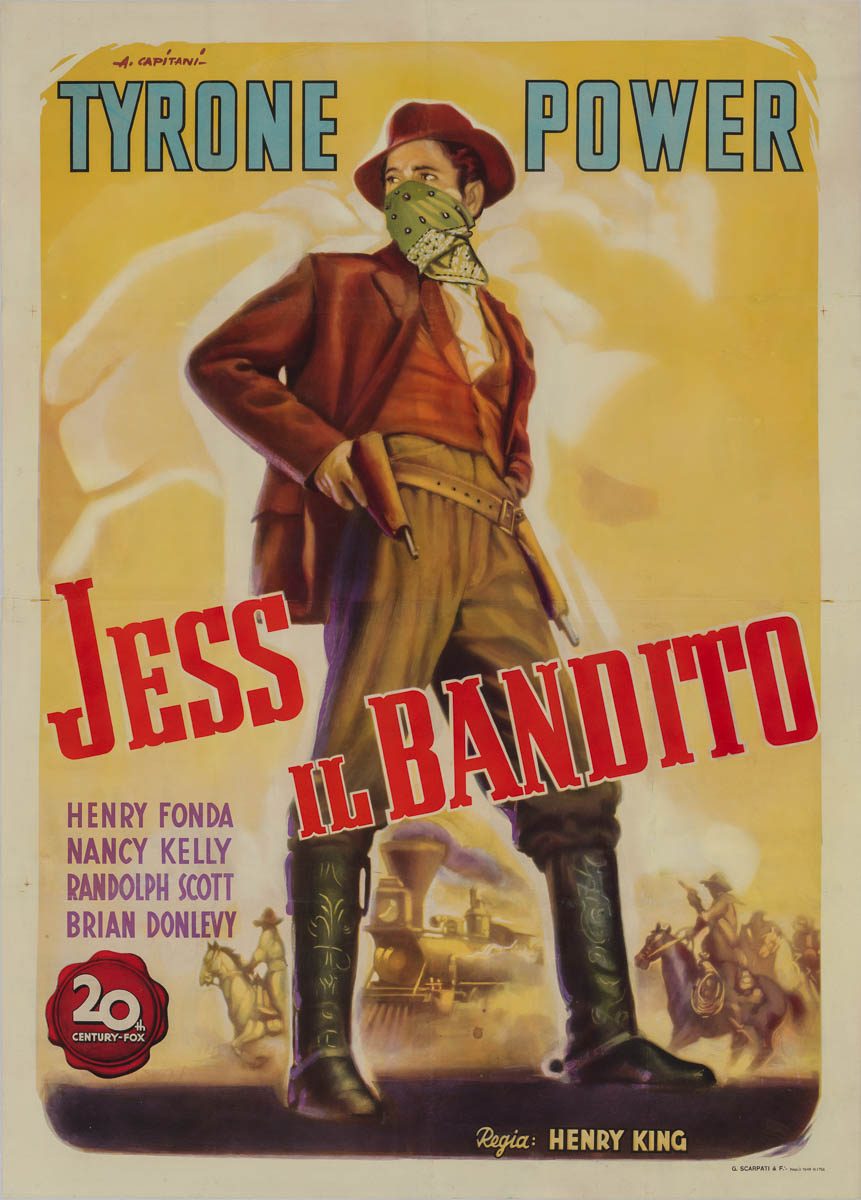 Film Plot: After railroad agents forcibly evict the James family from their family farm, Jesse and Frank turn to banditry for revenge.

Grade: C7  Fine to Very Fine. Folded, single-sided. Prior to linen-backing this was a theater used poster with minor handling/edge/surface wear, pinholes in the corners, small chips along the horizontal folds and some tempra paint on that back that did not show through to the front, now appears very fine.


The real Frank and Jesse James were murderous bandits, but over the years revisionist dime novelists had transformed them into Robin Hood-esque anti-heroes. Continuing the trend and playing fast and loose with history, 20th Century-Fox added in a melodramatic purpose for their banditry — the James brothers only take up train and bank robberies to avenge the death of their mother killed at the behest of greedy railroad interests. Ummm… sure they did 🙂

This is easily one of the best western posters ever made! The Capitani art of Tyrone Power as the titular anti-hero, Jesse James, is simply breathtaking — especially when you consider the massive size of this poster. Including the linen backing it’s nearly 7 feet tall and 5 feet wide. This huge Italian 4-foglio would a make an imposing statement in any room! Perfect for your mountain lodge in Jackson Hole! 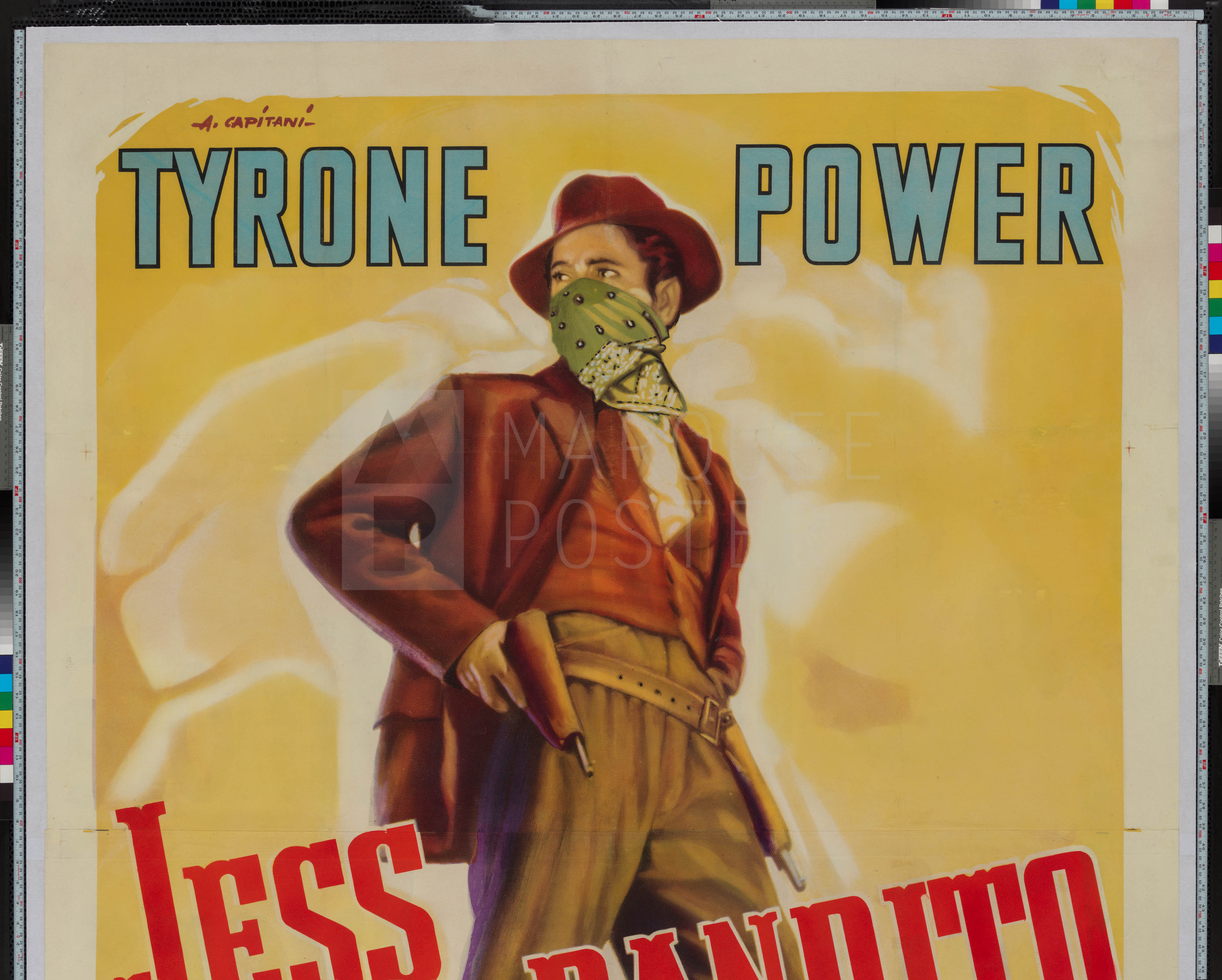 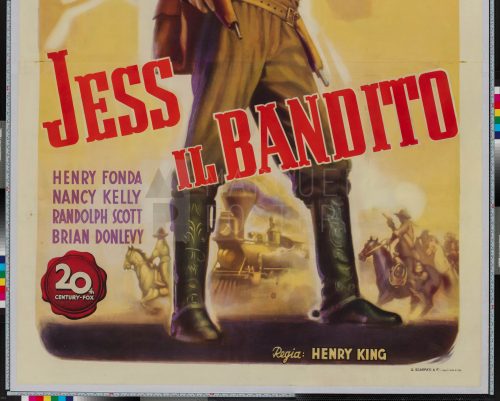