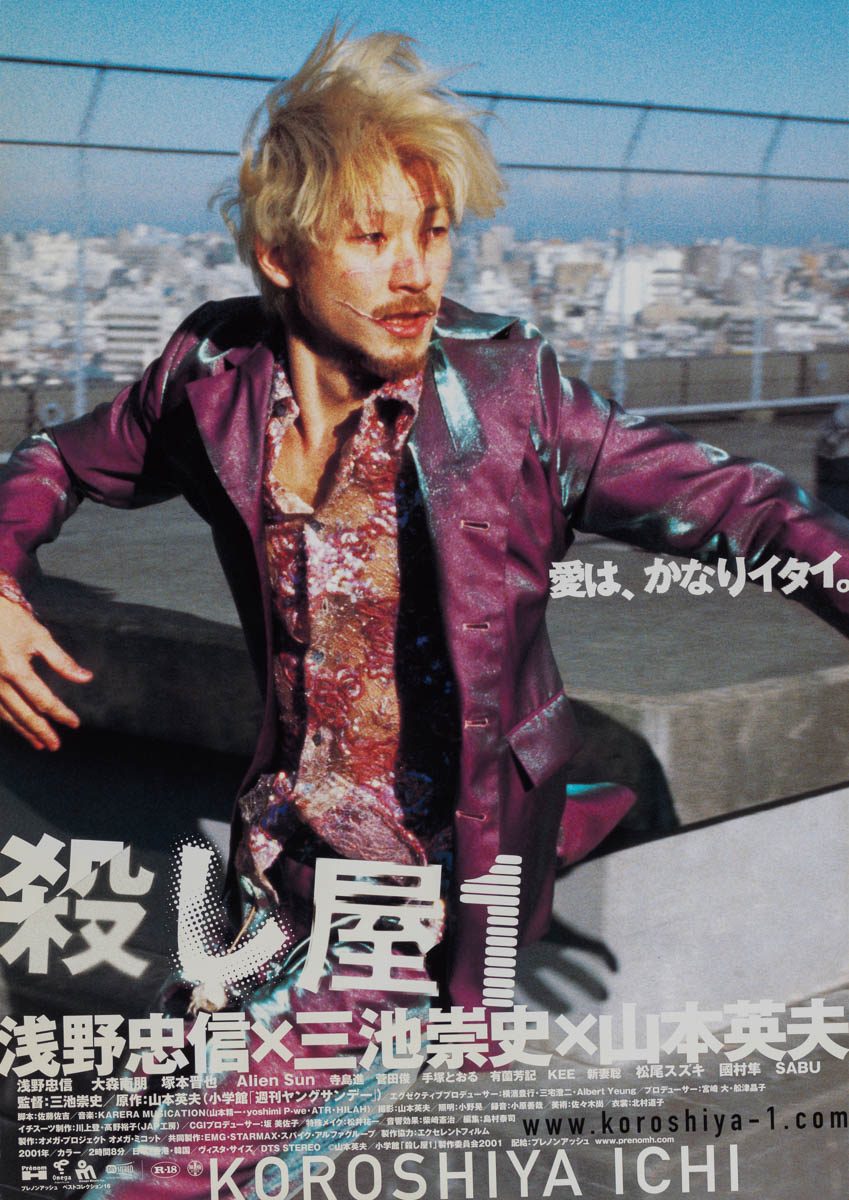 Grade: C8-C9  Very Fine to Near Mint. Rolled, single-sided. Unused poster with only the most minimal handling/surface/edge wear. Would grade even higher if the paper hadn't slightly yellowed with age.

Country of origin posters for this Japanese film are surprisingly rare and we are pleased to offer all three styles as well as this very rare B1! This wider shot features Kakihara, the sadistic and masochistic Yakuza enforcer, in his brazen purple suit. 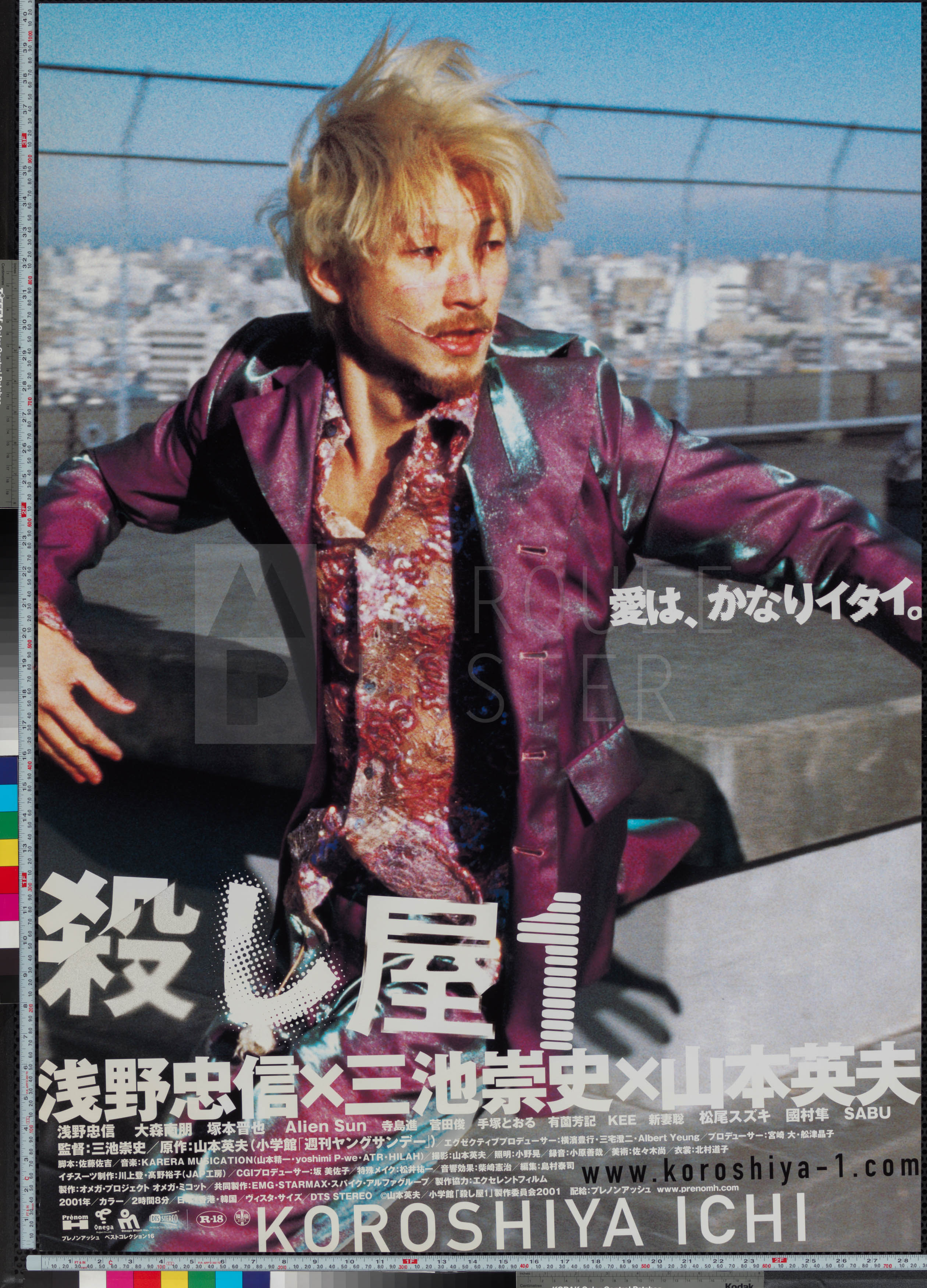 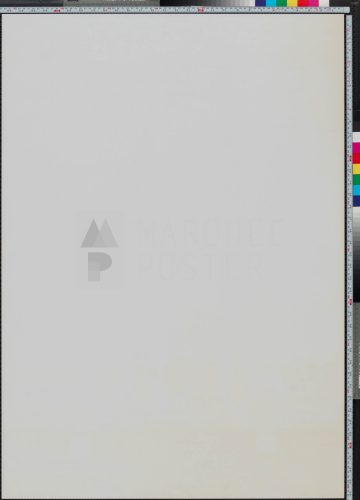