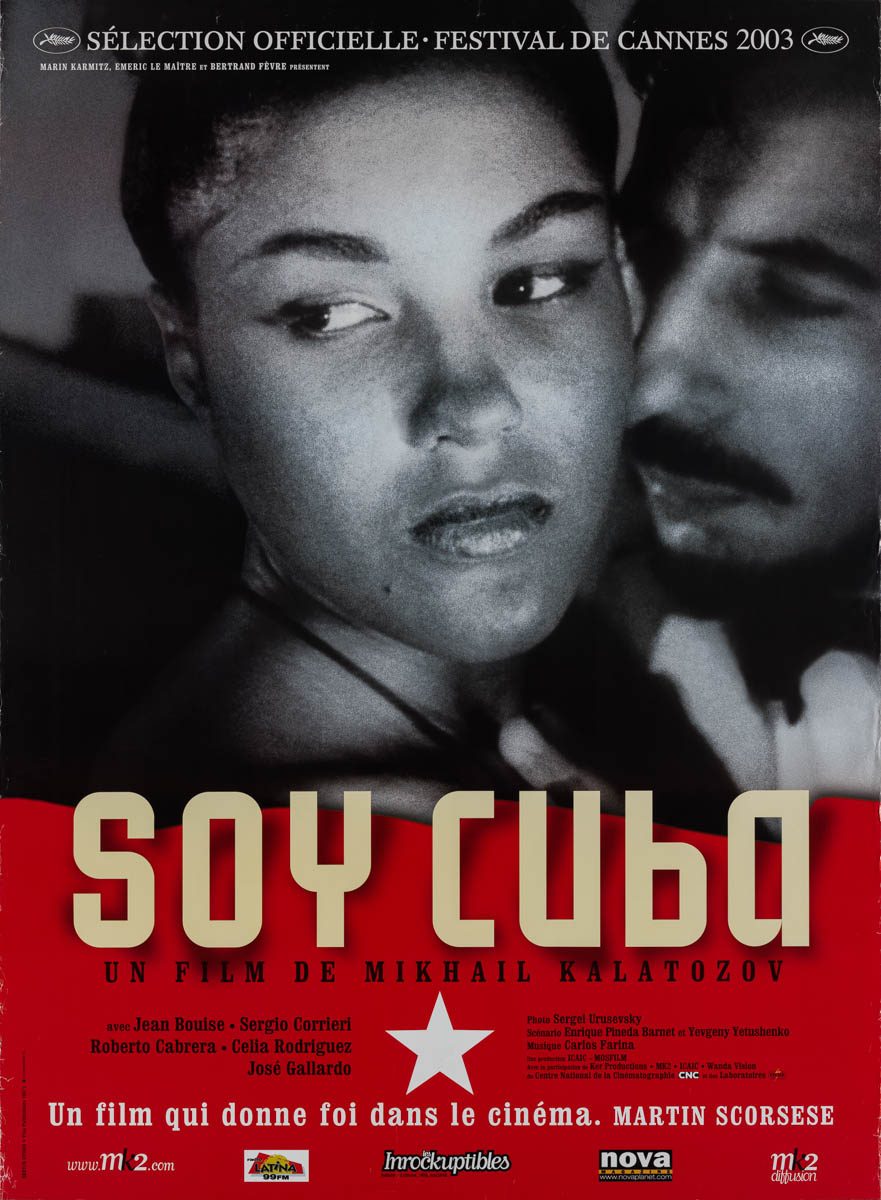 English title: I Am Cuba

Film Plot: This study of Cuba--partially written by renowned poet Yevgeny Yevtushenko--captures the island just before it made the transition to a post-revolutionary society. Moving from city to ...


Soy Cuba is one of those overlooked gems of cinema history — an ambitious, technically stunning film that was a box office failure and pulled from the theaters only a week after it’s release. However, unlike a US box-office bomb that might gain a cult following years later through midnight screenings or distribution on home video, in this case being a Russian production, the film languished in a vault until the downfall of the Soviet Union! Apparently the Cubans didn’t like the avant-garde technical elements distorting the authenticity of the revolution and Soviets didn’t like the first chapter which focused on traditional Western excesses. So it was pulled from theaters and it sat. And sat. After the wall finally fell and the vaults were opened, the genius of the film was recognized by researchers and it eventually made it’s way to Francis Ford Coppola and Martin Scorsese. They helped it finally get distribution in the US and other western countries in 1995 — 34 years after it’s original release! A joint Soviet-Cuban production, Soy Cuba was helmed by the great Russian director, Mikhail Kalatozov. While there is no doubt this film was meant to be propaganda for the Communist cause and the recent Cuban Revolution, it is also a film that added volumes to the language of cinema — a feat few films in history can lay claim to. The technical genius of Kalatozov’s indoor/outdoor/multiple-story/underwater long shot in particular is beyond reproach.

Because of it’s limited and quickly aborted release, original posters are nearly impossible to find, especially the “Holy Grail” Russian and Cuban posters. Luckily this French re-release poster is a visual treat with bold use of color and a great still from an important scene in the film. It’s also much more reasonably priced! 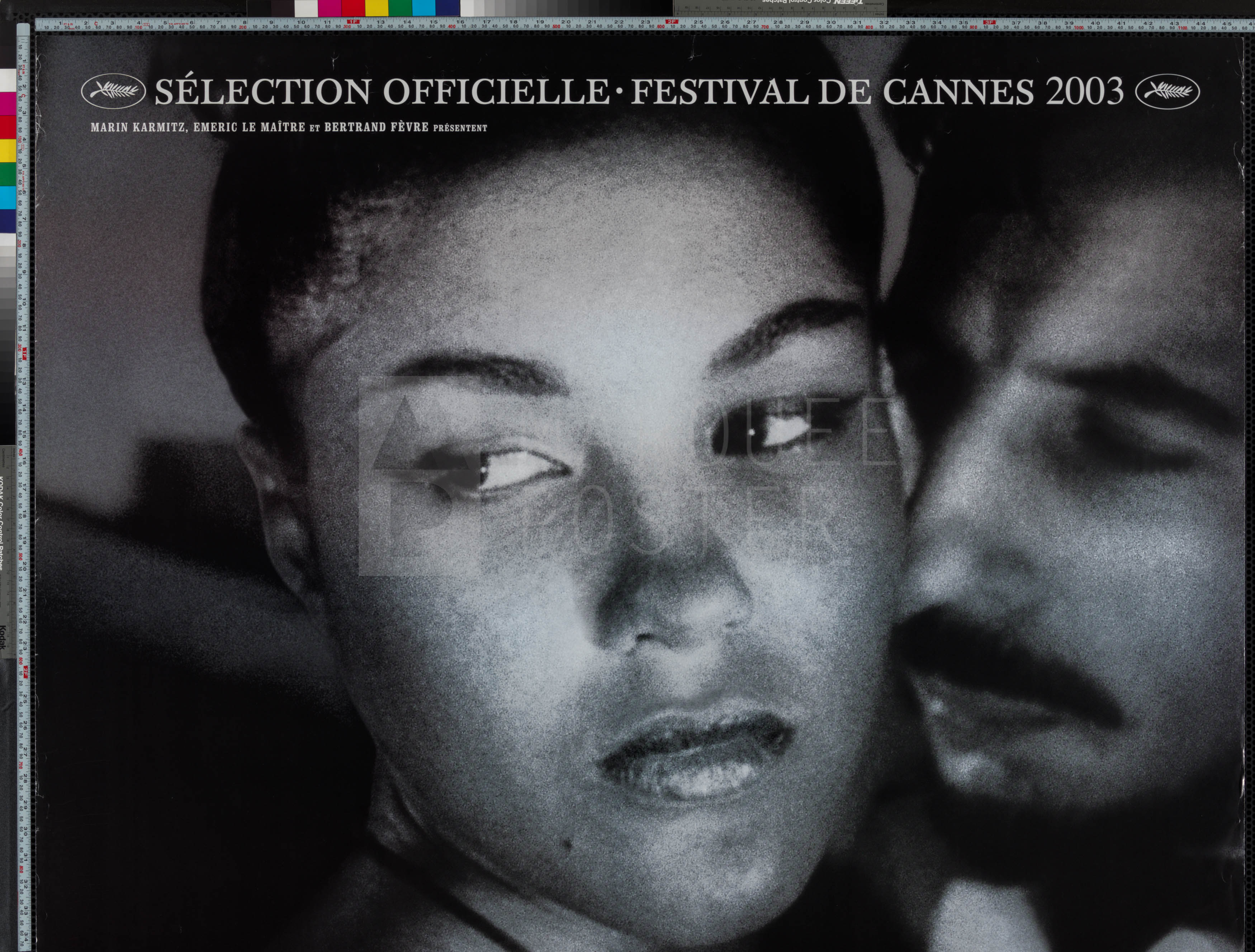 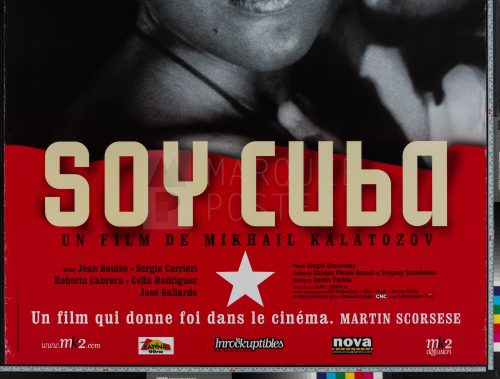 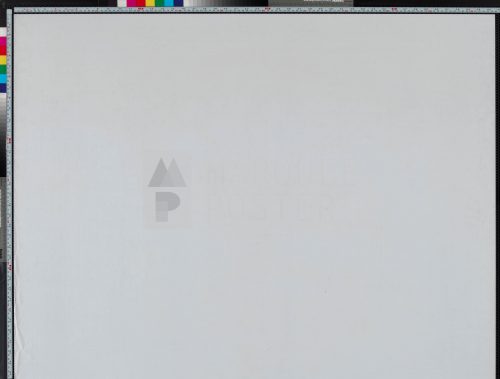 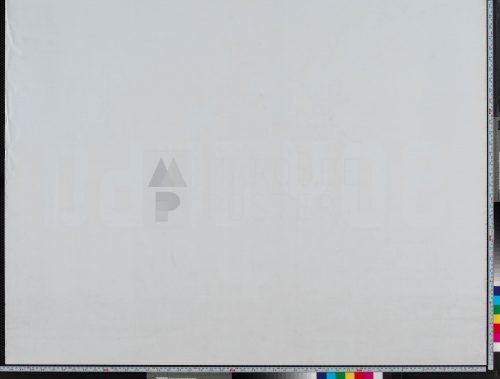