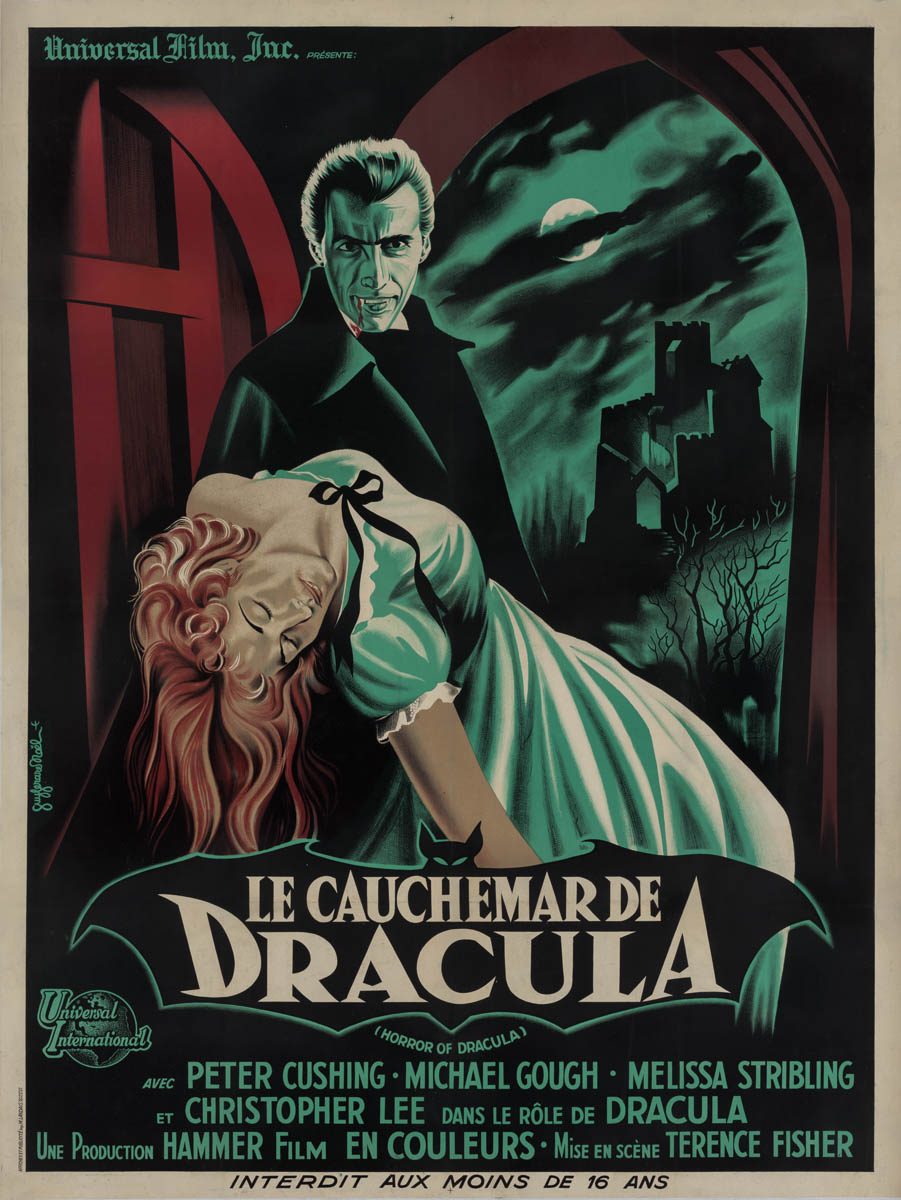 Film Plot: Jonathan Harker begets the ire of Count Dracula after he accepts a job at the vampire's castle under false pretenses.

Grade: C7  Fine to Very Fine. Folded, single-sided. Prior to linen backing this was a theater used poster with minor handling/surface/edge wear including a few pinholes around the exterior, a small moisture stain near the woman's thigh, some minor fold splits and cross fold separation, and some miss folds. The original colors were very strong and the primary flaw was simply dirt and dust. After an expert restoration that included a thorough cleaning, the poster required very little touch up and now presents very fine to near mint.


From the very beginning, the Dracula films of the 1930s and 1940s were synonymous with actor Bela Lugosi. So when the little known English company, Hammer Films, started work on their own telling of the Dracula legend in 1958, they felt they needed to distance themselves from the older Universal films. They of course took the same approach we do today — ramp up the scares, add more cleavage and sex appeal, make the violence more graphic, and for the first time ever, show audiences blood in glorious technicolor! And so the Horror of Dracula was born, starring Christopher Lee as Count Dracula and Peter Cushing as Van Helsing. After many more Dracula, Frankenstein and other monster movies, these two actors would eventually become as synonymous with the horror genre as their predecessors, Bela Lugosi and Boris Karloff.

This gorgeous French poster was created by Guy-Gérard Noël, who did most of the posters for Hammer Films releases of the late 1950s and early 1960s. The design on this larger 1-panel is widely regarded as one of the best Dracula posters ever created (for any of the multitude of Dracula films and spin-offs). The gorgeous stone litho printing makes it all the more compelling when viewed in person! 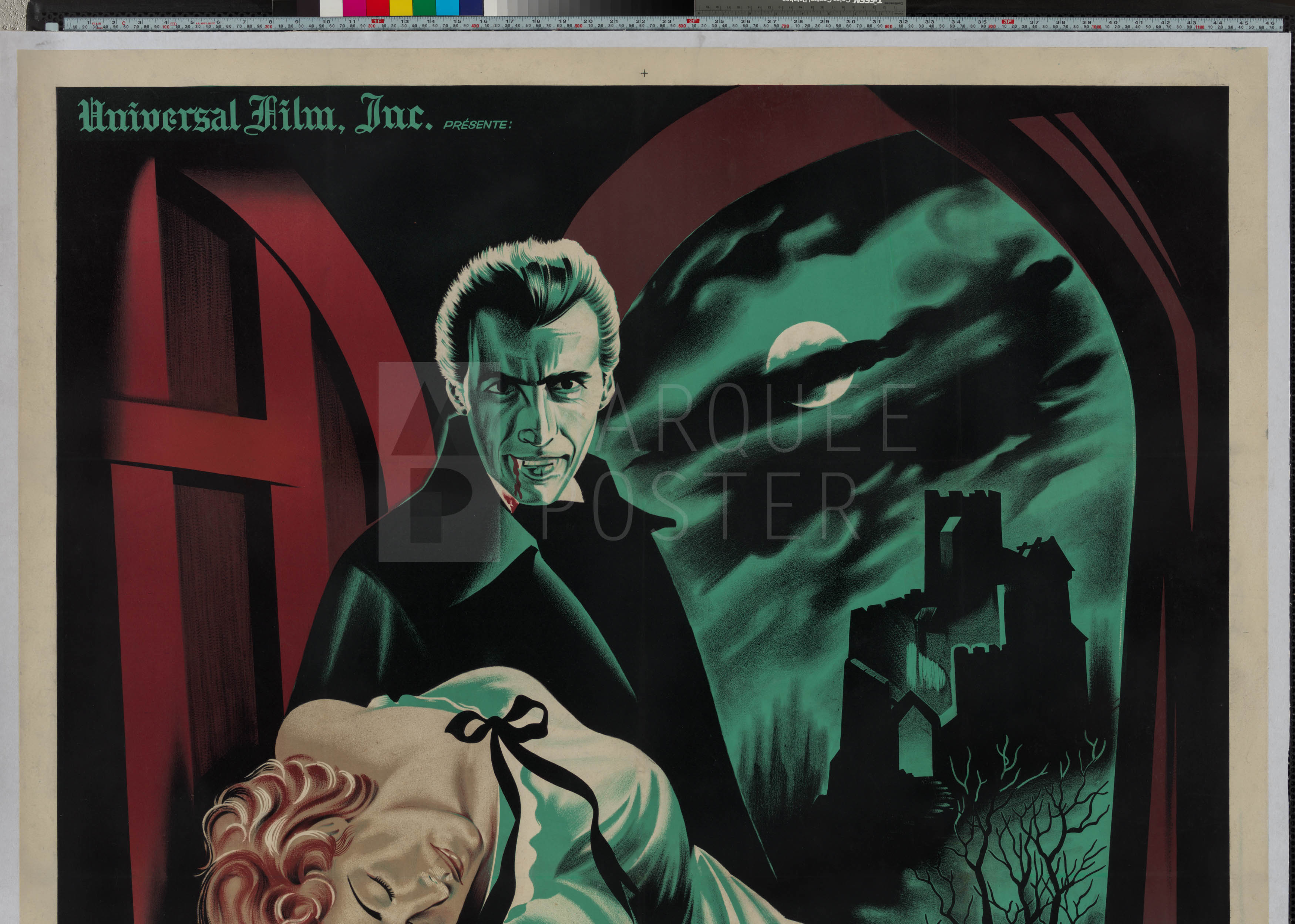 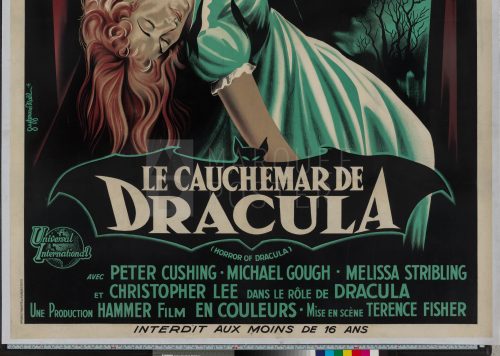 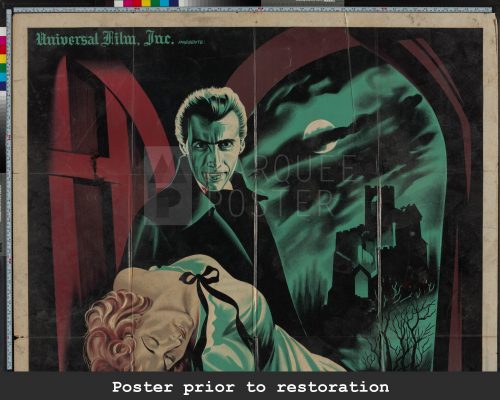 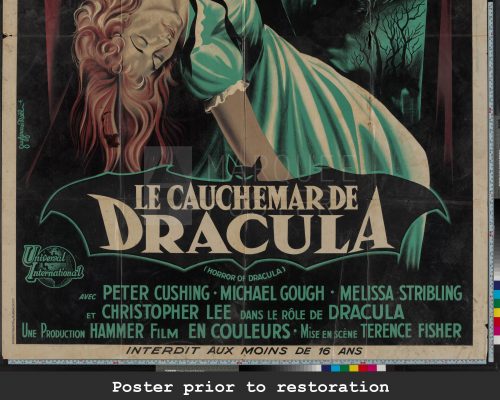