Film Plot: An executive of a shoe company becomes a victim of extortion when his chauffeur's son is kidnapped and held for ransom.


For a director known for his epic, period samurai films, Akira Kurosawa also had an amazing ability to craft modern thrillers still as relevant today as when they were made. High & Low stars Kurosawa’s muse Toshiro Mifune as Kingo Gondo, a wealthy executive who is targeted by a cold-blooded kidnapper! The film is an adaptation of Ed McBain’s detective novel “King’s Ransom” and despite the obvious thriller packaging, Kurosawa manages to load in plenty of social and class commentary.

This large Japanese STB (aka tatekan, tatsumi) is one of the most desirable posters for the film and this particular copy is in incredible condition. Don’t miss this rare opportunity. 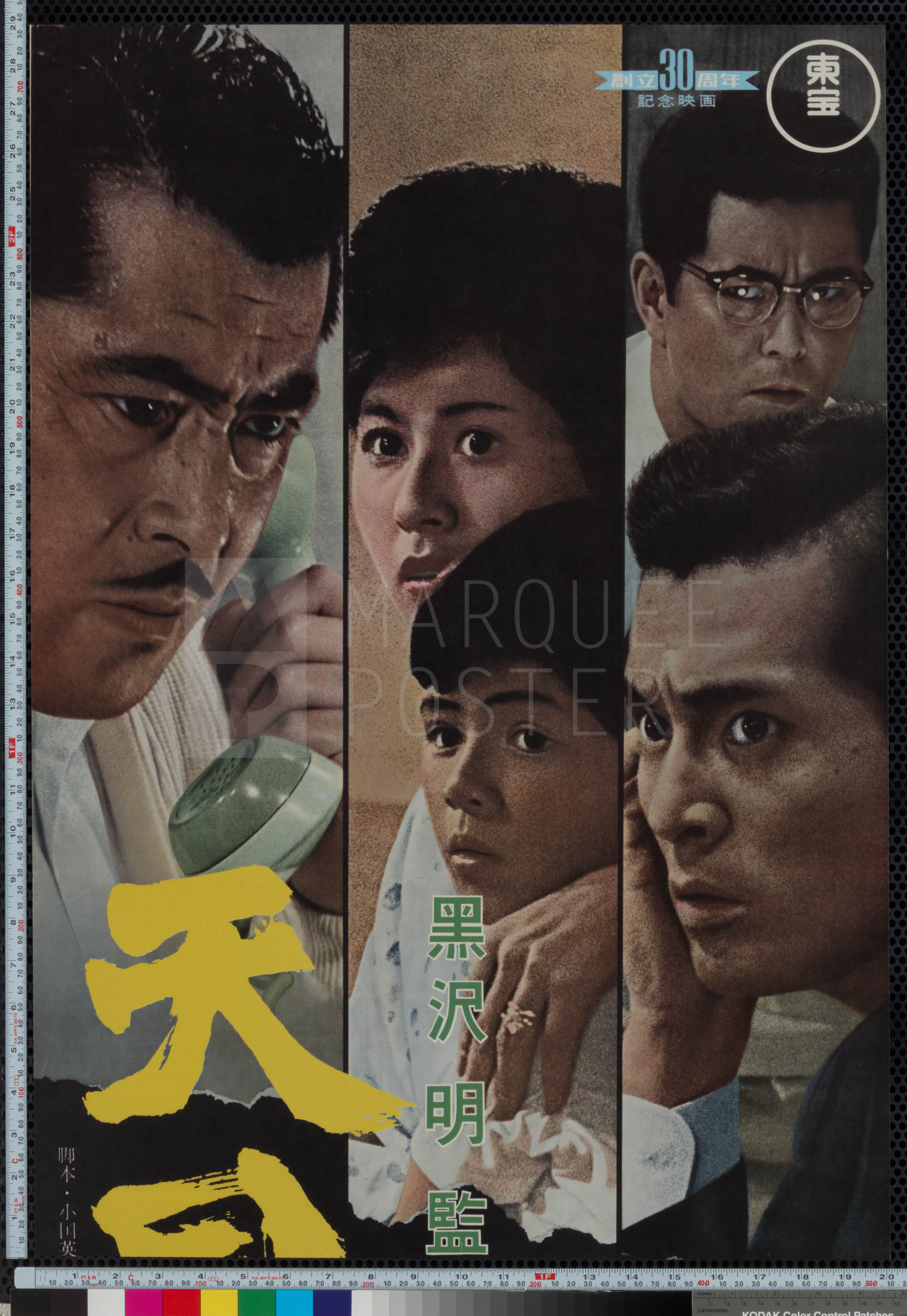 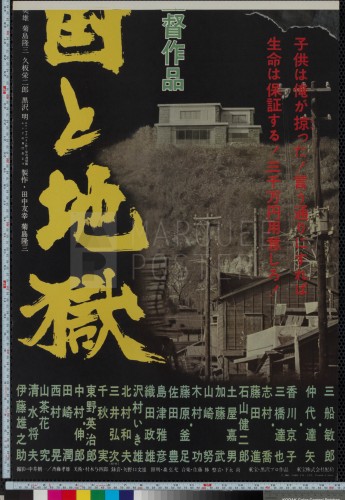 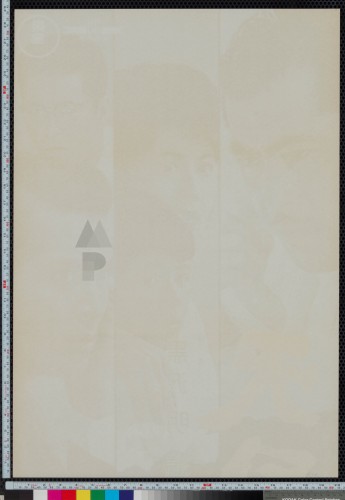 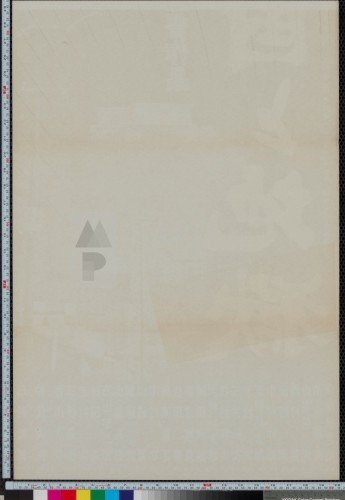