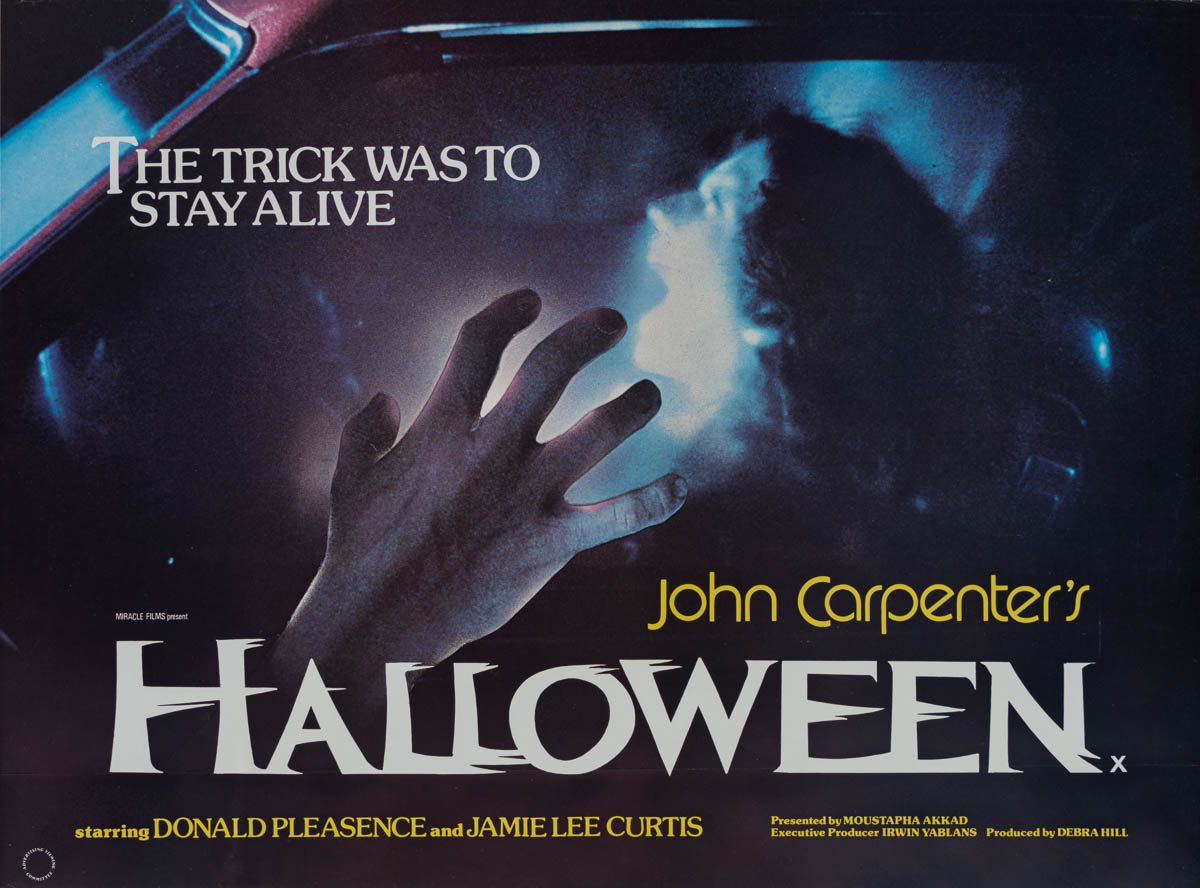 Grade: C8  Very Fine. Rolled, single-sided. Unused poster with only the most minimal handling/surface/edge wear. Would grade higher if not for the lightest of wear in the upper two corners and a tiny bit in the lower left. A wonderful example of a poster that is incredibly hard to find rolled.

The UK quad for Halloween is already a rare poster — but this rolled example from 1979 (the first release in England) is even moreso! Nearly every example I’ve seen of this poster has been folded and, given the semi-gloss paper stock, has obvious fold lines with ink loss across the poster. You’ll be hard pressed to find a nicer example than this one. 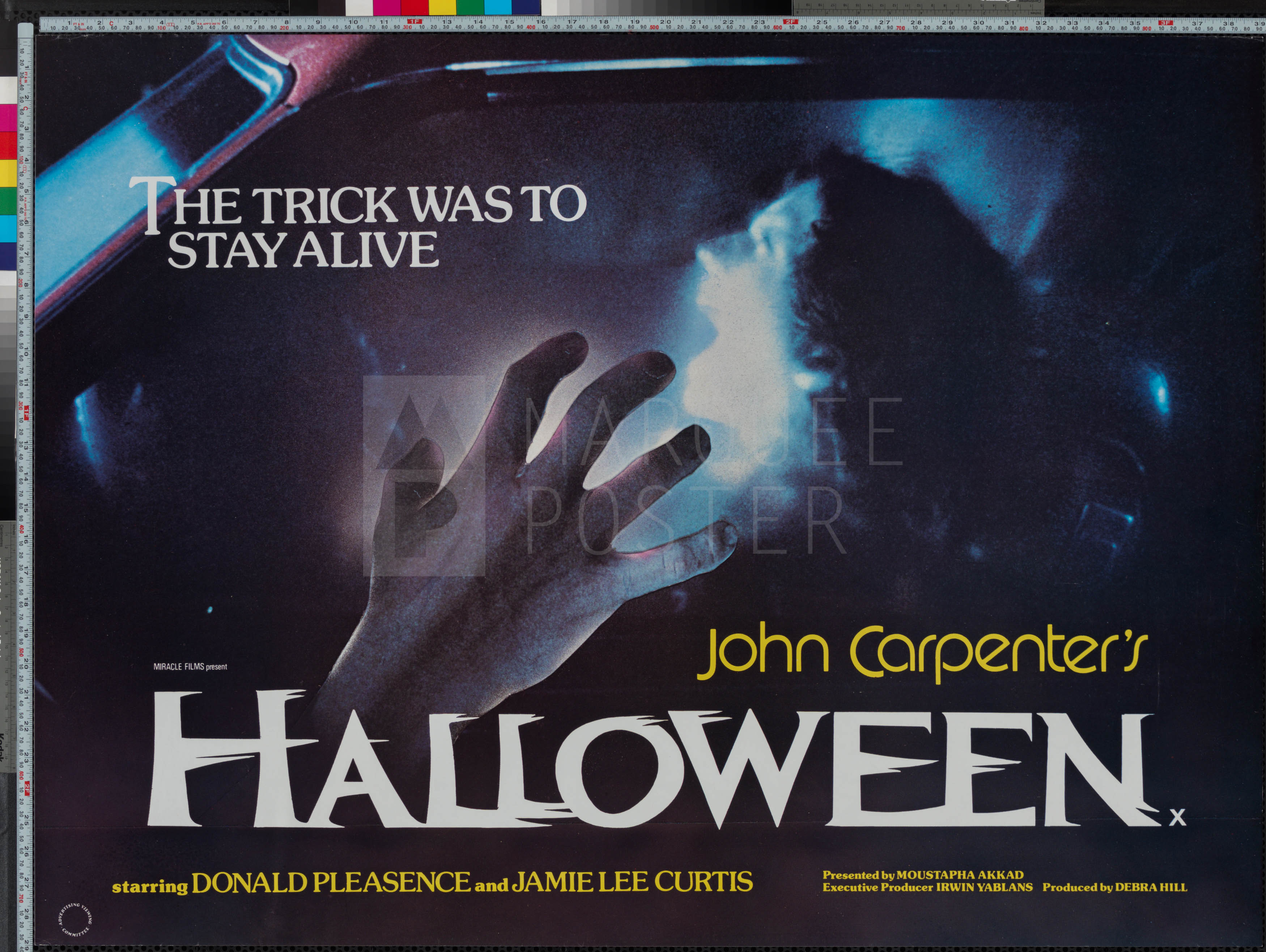 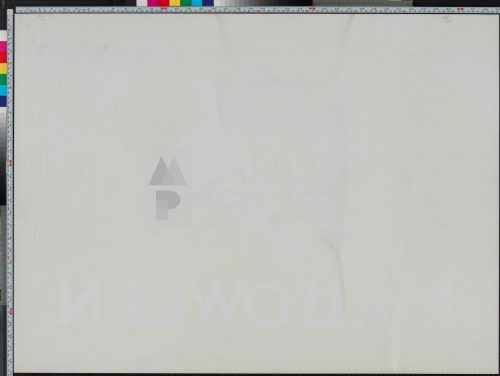